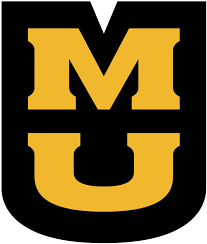 In 2017, Missouri had the nation’s eighth-highest incarceration rate and fastest-growing female prison population, with more than half of new prison admissions driven by factors other than new crimes. Informed by research and recommendations from the nonpartisan Council of State Governments, the Missouri Department of Corrections (MODOC) has since begun adopting new strategies and programs designed to drive offender success post-release and reduce risk and recidivism.

Now, a $200,000 grant from the Urban Institute and a partnership with the University of Missouri School of Social Work are fueling research aimed at helping MODOC invigorate rehabilitation for Missourians involved in the criminal justice system — ultimately elevating public safety.

Missouri is one of five states chosen to join the Prison Research and Innovation Network (PRIN), which leverages research, data and evidence in fostering innovations that make prisons safer and more rehabilitative. The designation comes with a $100,000 grant for on-site prison research innovation management; a $100,000 grant to support University of Missouri (MU) research activities; and technical assistance from experts affiliated with the Urban Institute, Arnold Ventures, the network’s advisory board and peer agencies.

“I am a firm believer in using research and data to make good decisions,” said Missouri Department of Corrections Director Anne Precythe. “We’re thrilled to work with the University of Missouri, to join the network and to further implement evidence-based practices, policies and programs that advance our goal of improving lives for safer communities.”

The 4.5-year research project will be piloted at Moberly Correctional Center (MCC), an 1,800-bed minimum/medium-security facility located in Moberly, Missouri, 35 miles north of MU. MCC is equipped with a solid foundation for fostering a more rehabilitative approach to corrections. It’s the inaugural site of the Missouri Veterans Project and the state’s first prison veterans dorm. It houses two intensive therapeutic communities for offenders committed to personal growth and sobriety. It provides opportunities for offenders to give back through programs such as Puppies for Parole and Restorative Justice. It also offers 48 courses and groups that build skills in areas such as anger management, parenting, employability preparation, cognitive interventions, addiction management and understanding the impact of crime on victims.

Building on this foundation, MU School of Social Work researchers will lead PRIN research projects focused on effective remediation for long-term behavioral change and rehabilitation, an approach widely supported by a growing body of corrections practitioners and researchers, based on nationwide experience through several decades of policy implementation and practice.

“We are excited to partner with the Department of Corrections in this important work,” said team lead Kelli Canada, associate professor of social work and co-founder of the University of Missouri Center for Criminal and Juvenile Justice Priorities. “This collaboration speaks to the land grant mission of the University of Missouri, as our research findings will be put to use to improve lives in communities across the state.”

Past collaborations between MU and MODOC include work on the “Building Strong Families: Challenges and Choices” research-based educational program assisting incarcerated parents and implementation of Crisis Intervention Teams in corrections, a project on which Canada served as an independent evaluator.