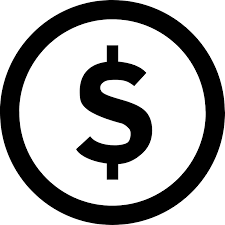 As another new year has crossed the threshold and New Year celebrations and resolutions are now established memories, new laws have also been ushered in with the onset of 2020.  As generally noted, each new year marks an official time for implementing legislative changes, and this year, several notable rules are now on the books.

Most of these laws were officially inaugurated on January 1st, with a majority of the changes recorded at state and municipal levels.

The newly added tax law also has a provision which may increase a corporation’s tax burden, if the business has multi-state locations.

This corporate tax revision was put in motion by former Governor Eric Greitens, who signed the bill in May 2018 prior to his departure from office.

Missouri is also one of several states implementing an increase to the minimum wage as of Jan. 1, 2020.  Missouri’s base is increasing by 85¢, moving from $8.60 an hour to $9.45. All businesses are required to pay at minimum, except for retail and service businesses whose annual gross sales are less than $500,000.

Findings from the Economic Policy Institute predict more than 153,000 workers in Missouri will see an 85¢ per hour pay increase.

In addition to Missouri’s uptick, many other states are making a change and have found it timely to increase state minimum wage as well.

The National Employment Law Project promises more changes, “The New Year’s [minimum wage] increases will be followed later in 2020 by another round of raises in four states and 23 cities and counties, with 15 localities going up to $15 or more. In total, 24 states and 48 cities and counties — a record-high 72 jurisdictions — will raise their minimum wages sometime in 2020.”

States increasing minimum wage during the 2020 year include:

Medical marijuana laws are being implemented during this year as voters approved Missouri legalization for medical marijuana use in the state.  Changes are also taking place in other states as well.

Over 2,000 businesses applied for medical marijuana licensing, but only a few are being selected.

Missouri dispensaries will officially open in 2020.

Missouri drivers will also have it a bit easier in 2020 due to a new vehicle inspection law that went into effect Jan. 1.  The law is cited as saving motorists registration costs, because the new rule adds an additional five years to the current motor vehicle inspection requirement.

This new rule falls under Senate Bill 89 which was signed into law in July 2019. The bill predominately focuses on transportation issues, including motor vehicle inspections, trailer inspection requirements, commercial driver’s licenses, vehicle renting and leasing.  It also adds additional penalties for hitting or crashing into an emergency or highway worker fulfilling job responsibilities on a roadway.

For more details about additional items included in the bill, visit the senate.mo.gov

In July 2019, Governor Mike Parson signed a bill changing opening day for school districts, limiting the time frame.  At present, schools may choose a school start date that falls within a 14 day window prior to the first Monday in September.

The new rule limits the start date to ten days from the first Monday in September. This gives students an additional four days of summer vacation.

Another revision to school rules requires the district to attain background checks on all volunteers prior to starting a job and/or spending time with students.

In addition, districts are now required to educate students in grade six and up, about sexual abuse.

In other regions, several states such as Kansas, will now impose fees for electric cars.

For 2020, the state of California  has implemented a privacy law deemed extremely protective. The state has also adopted a new law allowing expanded use of force –– a revision attributed to the number of fatal police shootings in the state during recent months.

“Red flag” laws were adopted in Colorado, Nevada and Hawaii. The new law allows a family member, a law enforcement official or resident to petition the court and request denial of gun access to an individual who is viewed as a ‘threat to themselves or others’.

For Kansas City residents, 2020 is likely to mean free transportation.   According to KSHB in Kansas City, the city council recently adopted a resolution directing the city manager to reformat the city’s bus system and provide transportation services without charging a fare.  The proposal includes all bus routes and venues throughout the city.

As with most new rules and legislative regulations, enforcement or application doesn’t always follow with ease. Sometimes rules are logical on paper, but don’t fall into place as planned.  And even when revisions are well-thought out and seen as beneficial, the process warrants our attention.

This year is an interesting time to stay abreast of Missouri’s new marijuana laws, as the 2020 laws are in direct conflict with well-established federal laws which still deem marijuana illegal.  Per federal law, the Controlled Substances Act (CSA) of 1970 classifies marijuana as a Schedule I substance, which by definition establishes ‘pot’ as a “high potential for abuse and dependency, offering no recognized medical use or value.”  The law deems marijuana possession, cultivation and use as a federal crime subject to prosecution and harsh penalties.

But, as January 2020 dawned, Missouri officially added its name to the list of states allowing and protecting medicinal marijuana use. The state is moving forward with the initiative, and it will be interesting to see what impact the federal vs state dichotomy means for Missouri systems, such as law enforcement, court proceedings, and prosecution standards.

As noted above, the process for change doesn’t always occur with ease, and it is likely the new medical marijuana laws in Missouri will not stand alone in facing challenges.  As with all new laws, it is probable most Missouri communities will experience the struggle of change.