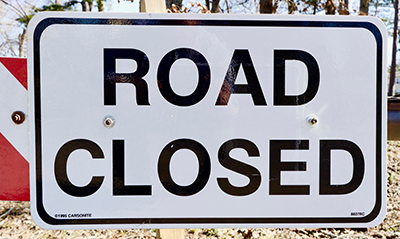 Webster County Route HH and Webster/Wright County MM are closed in the areas near Niangua to allow MoDOT crews to replace deteriorating drain pipes underneath the roads.

The roadways will be closed from  8:30 a.m. until 3 p.m. Thursday-Tuesday, Jan. 2-7. The roads will open to traffic at night and on weekends.

During the day, both roads will only be closed at the site where crews are working.  However, drivers will be able to get to driveways and entrances on either side of the work zones, but will not be able to travel through the work zones

Drivers are urged to find alternate routes, as no signed detours are planned.

Electronic message boards will be established near the work site to alert drivers to changes.