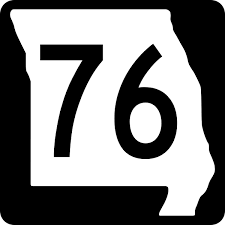 BRANSON – By March 2020, Missouri Route 76 will travel over the Ozark Mountain Highroad (Missouri Route 465) and over a section of U.S. Route 65 in the Branson area, the Missouri Department of Transportation said.

Work to change the signing for Route 76 will begin the week of December 9 and will last until late March 2020. Most of the work will take place away from traffic. However, lane closings may be needed during lower traffic volume times.

The route designation change for Route 76 is a result of the city of Branson taking over the ownership and maintenance of Route 76 between Shepherd of the Hills Expressway and Route 65 in Branson. The roadway has been designated as 76 Country Boulevard and no longer carries the Missouri Route 76 designation.

Here’s a look at the route changes in the Branson area:

James H. Drew Corporation of Indianapolis, Ind. is the prime contractor for the signing changes.

The project is scheduled for overall completion by mid-May 2020.