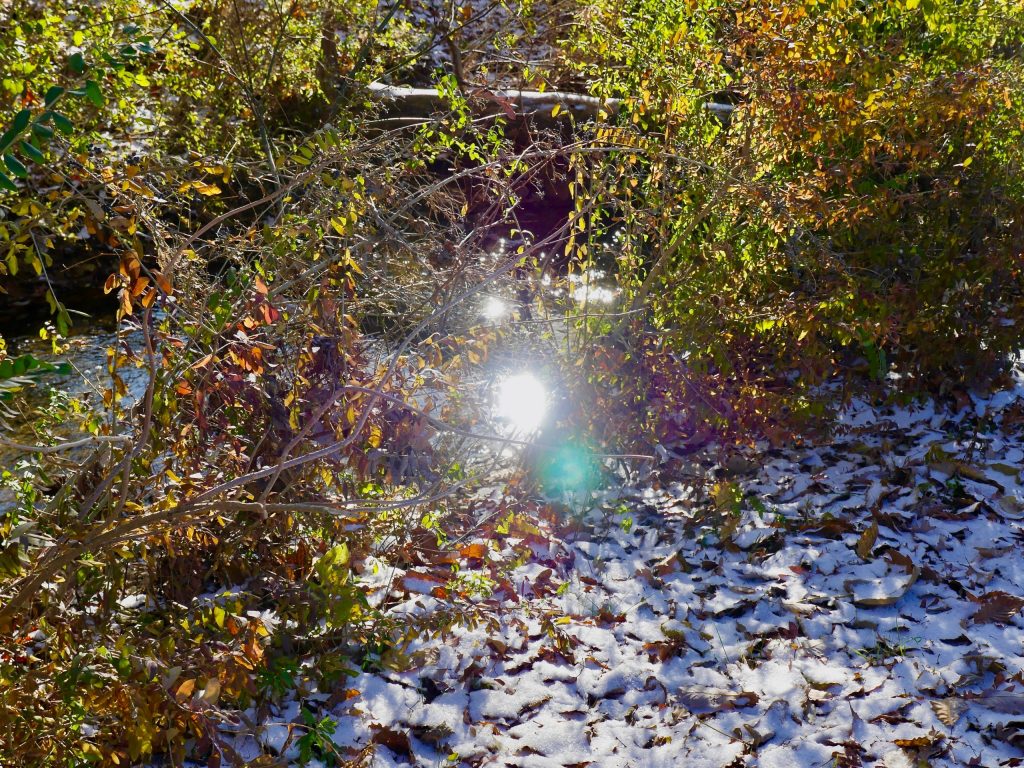 The sun reflects in the creek at Ava City Park, where banks were still lightly snow-covered yet on Tuesday morning. Photo by Michael Boyink/Herald

After a mild fall weekend with temps warm enough to encourage open windows and t-shirts, Monday  rolled in with wind, rain, and temps that started out in the 40’s and fell from there.

By the end of the workday on Monday, the rain had changed over to a mixture of ice and snow.

While local main roads remained passable, there were reports of icy patches for drivers to be aware of.

Tuesday rolled in with sun, but with reported temperatures in the teens, which when combined with secondary road conditions, caused Ava R-1 schools to call off classes.

Many other schools in the Ozark region followed suit.

We’re not the only ones dealing with cold.
According to the National Weather Service, “A vast majority of the central and eastern U.S. will have below normal temperatures as the Arctic airmass spreads from the Plains into the Ohio/Tennessee Valley and eastward. Hundreds of locations may set new records during this time.”

Relief is in sight, however. The NWS says “Temperatures will begin to warm up on Thursday once the expansive high pressure system migrates offshore the New England Coast.

For an updated local weather forecast, see the bottom of page A3 in this edition of the Douglas County Herald.