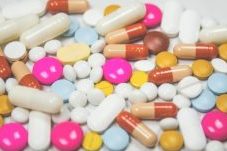 WASHINGTON –– This week, Senator Josh Hawley (R-Mo.) sent a letter to the Director of the White House Office of National Drug Control Policy (ONDCP), James Carroll, and the Acting Administrator of the Drug Enforcement Administration (DEA), Uttam Dhillon, asking them to investigate the recent spate of drug overdoses and deaths in Springfield, Mo.

In the last week alone, the area has seen 40 overdoses and 4 fatalities related to what authorities suspect is fentanyl.

Senator Hawley writes, “Local law enforcement in southwest Missouri has undertaken a herculean effort to combat drug trafficking in the area. Their commitment to collaboration in combating drug crime has served Missourians well, but they are currently facing unknown sources of fentanyl in the region, among other challenges with illicit drugs. . . To help address the opioid crisis, the DEA has recently developed heroin-fentanyl enforcement teams. . . I am requesting that DEA deploy personnel and investigative resources from these heroin-fentanyl enforcement teams, or from other parts of the agency, to Missouri to investigate this spate of overdoses and deaths. The DEA’s help is especially needed to identify the origin and distribution operation of the drug.”

Senator Hawley writes, “In addition to DEA’s law-enforcement resources, ONDCP provides critical financial support as the administrating agency of the High Intensity Drug Trafficking Areas (HIDTA) program. The HIDTA region covering Missouri, however, fails to adequately deal with the current drug problem in my state. . . I urge ONDCP to consider designating a new HIDTA that concentrates on counties in southwest Missouri and other nearby areas affected by major drug trafficking in Missouri, Arkansas, Oklahoma, and Kansas. This new HIDTA would bring to bear the necessary resources to prevent, investigate, and treat the area’s drug-trafficking challenges.”