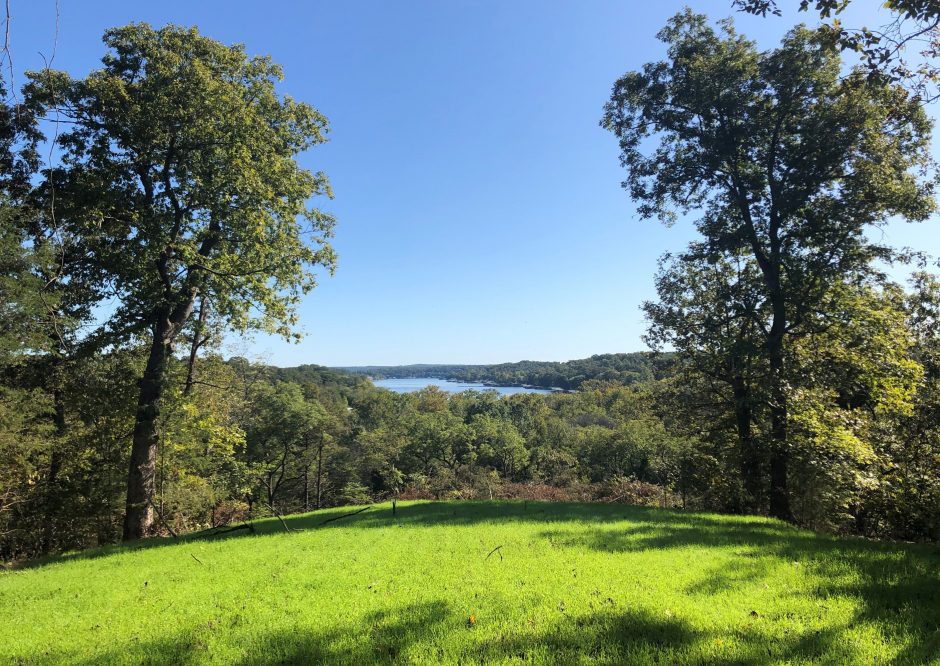 COLUMBIA, Mo. – On Tuesday, the University of Missouri’s College of Agriculture, Food and Natural Resources (CAFNR) celebrated the grand opening of the new Land of the Osages Research Center. The center will further research in agroforestry, a sustainability-focused system that combines trees and shrubs with crops — and sometimes livestock — to be managed on the same piece of land as a single ecosystem.

Chancellor Alexander Cartwright spoke during the opening festivities about how the new center will impact the surrounding communities in the Lake of the Ozarks area.

“The Land of the Osages Research Center will bring more transformative research and more life–changing opportunities to these communities, especially in the field of agroforestry,” Cartwright said. “More importantly, it will allow us to tackle this area’s specific needs with solutions that are tailored to its unique geographic and economic makeup.”

Land of the Osages will be part of a network of centers throughout the state known collectively as the Agricultural Experiment Station (AES), and it is the first such center to open in more than 30 years. The grand opening featured an opening ceremony that paid tribute to the center’s partnership with the Osage Nation.

“CAFNR is so proud to be opening the Land of the Osages Research Center,” said Christopher Daubert, vice chancellor and dean of CAFNR. “This center is funded by a donor’s estate gift, and he wished to build a partnership between the Osage Nation and agroforestry, which is something CAFNR is thrilled to continue.”

“Doug played a critical role in me coming to the University of Missouri,” Jose said. “I always appreciated his friendship and his vision for this site. The partnership with the Osage Nation is incredibly exciting, and CAFNR is looking forward to strengthening that relationship even further.”

Future plans for the site include demonstration trials, internship opportunities and workshops to train local communities in agroforestry practices, all made possible through an endowment created by Allen. Along with educational kiosks to reflect on Osage Nation history, plans also include collaboration with the Osage Nation to develop research and training opportunities focusing on traditional ecological knowledge and its potential applications in modern agroforestry.

“Doug wanted to recognize a former Osage chief who had lived in the area and was focused on building a relationship with the Osage Nation,” said Dusty Walter, director of natural resource management for AES and co-superintendent of the center. “We’re excited to continue and build on his vision.”

Chief Standing Bear and other representatives of the Osage Nation spoke at the opening ceremonies and were in attendance for the day’s festivities, which included lunch and a field day. The field day included tours of the site and educational presentations about agroforestry.

“This is such an exciting day, and we’re so thankful for Doug’s willingness to pave the way for this center to become a reality,” said Sarah Lovell, co-superintendent of the center and director of the MU Center for Agroforestry. Lovell is the current H.E. Garrett Endowed Chair Professor. “His gift will allow us to further our already strong agroforestry programs and research, as well as build collaborations with the Osage Nation.”

The Land of the Osages Research Center is located at 30118 Old 8 Road in Gravois Mills, which is at the intersection of Old 8 Road and Ottersway Road.