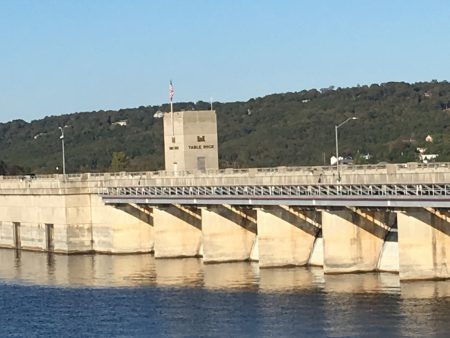 BRANSON, Mo. – The Army Corps of Engineers, Little Rock District is making spillway releases from Table Rock Dam to pass inflow from Beaver Lake water releases and runoff from this past weekend’s rain.

The Corps has opened five of the 10 gates one-foot each releasing about 5,000 cubic feet per second as well as 4,100 c.f.s releases from the two power generation turbines for a total combined release of 9,100 c.f.s. The Corps is making these releases to keep Table Rock Lake’s flood storage minimal and to keep the lake’s level close to elevation 917.

These are normal operations. The Corps of Engineers does not pre-release water in anticipation of rainfall. We make decisions based on rainfall that has hit the ground. Weather forecasts simply aren’t accurate enough for us to make predetermined water control decisions.

Daily lake information can be obtained at www.swl-wc.usace.army.mil or the Corps’ mobile App which can be found in mobile App stores by searching for USACE Little Rock.