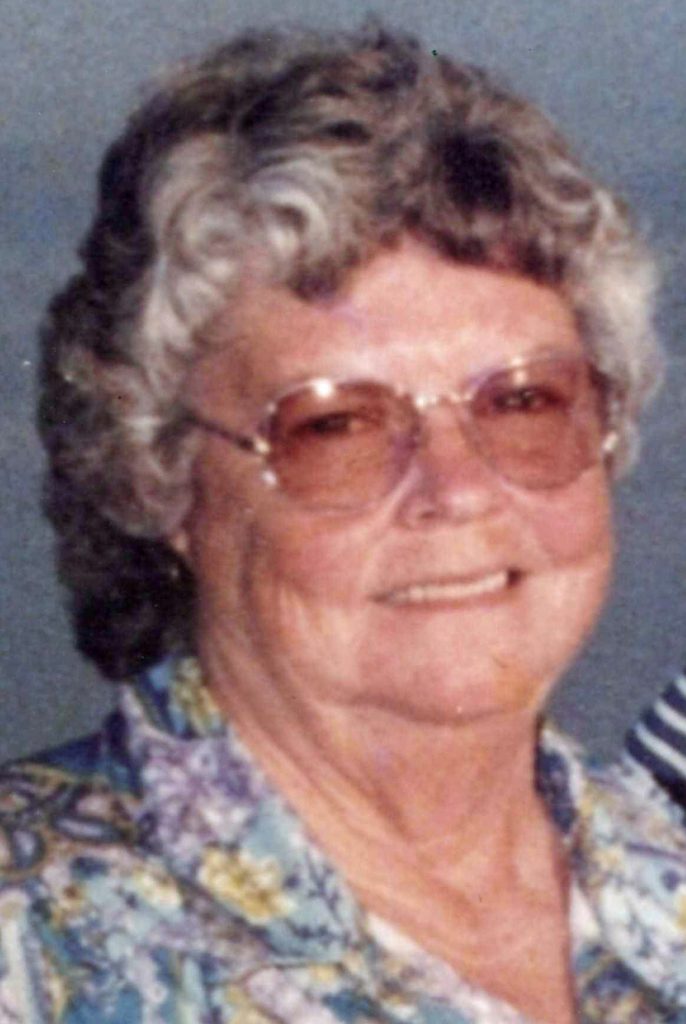 Lena was born May 28, 1939 in Thornfield, Missouri to Everett and Ruth (Johnson) Goodnight, she was the oldest of nine children.

Lena was a Christian and loved to attend all the community churches.

On August 10, 1956 Lena May and Albert “Abb” Goss were married and to this union five children were born, Marie, Richard, Evelyn, Clifford, and Mary. They were married for 48 years until Abb’s passing in July of 1994.

Lena enjoyed making ceramics, embroidering, quilting, and life in general. She will be best remembered as half of the bus driving team of Abb and Lena, where she retired after 28 years of driving for the Ava R-1 Schools and later retired from Emerson Electric. She owned a café for numerous years, farmed and was a private in home healthcare aide for 9 years. Lena took a lot of children under her wing and enjoyed all the time that she got to spend with them.