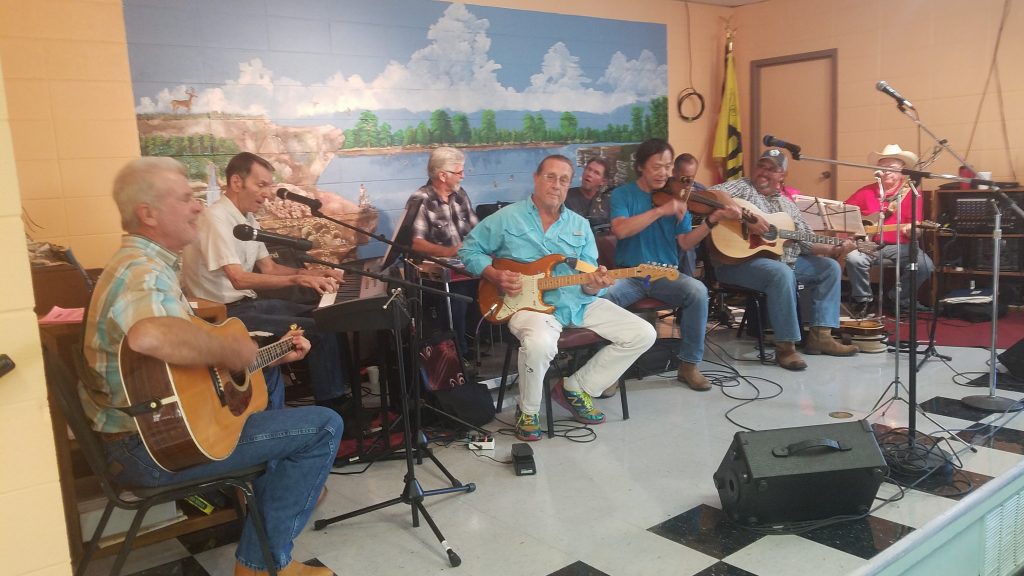 An overflow crowd filled the Ava Senior Center last Monday evening as local folks attended a special evening of music that included participation of former members of Branson’s Baldknobber Jamboree.  The musicians who played in Ava Monday night are now retired; however, according to organizers, each of the retirees played with the Baldknobbers over  30 years.  The Baldknobbers show claims to be the longest running musical program in Branson.

Howard Hale, Ava, played with the Baldknobbers for 38 years before retiring and moving back to his home town.  Since retiring, Howard performs each Monday night at the senior center with the Monday Night Jam.  For the event in Ava last week, Howard contacted some of his fellow performers and invited them to come to Ava and participate in a reunion.  The offer was accepted.

During the evening, the performers mingled and talked with the crowd, and posed for pictures. They also said they would come back again soon.

Monday Night Jam is open  to the public every Monday evening, with open mic for individuals who want to participate.  A variety of food, snacks, and sodas are available for a donation.  All donations remain at the Ava Center to assist with serving senior citizens of Ava.

Everyone is welcome to attend,  or to participate.

The Music Jam is from 6 p.m. to 8:30 p.m. every Monday evening at the Ava Community/Senior Center.