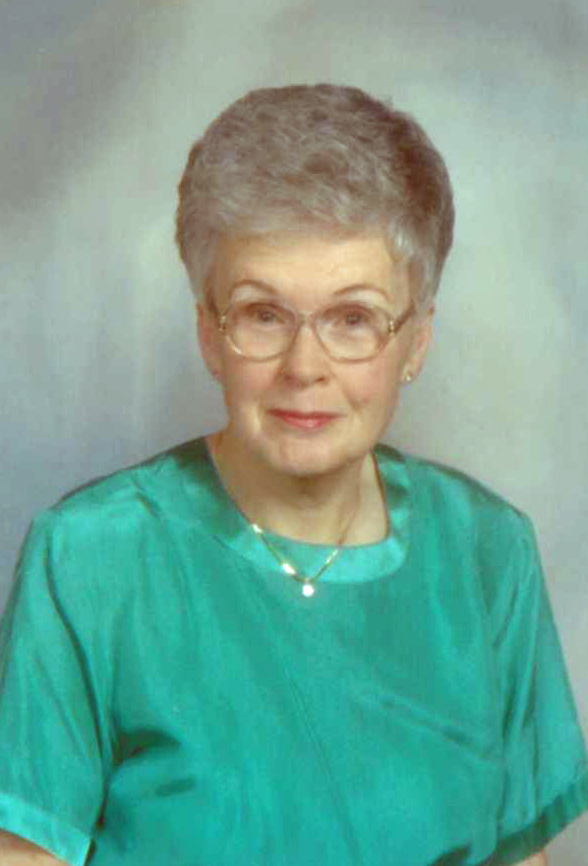 Billye was born August 9, 1933 in Henryetta, OK to George and Olive (Phillips) Selvidge.

On August 17, 1951, Billye and Raymond Charles Donnelly were united in marriage in Henryetta, OK and to this union they were blessed with five children.

While Ray was in the military, Billye and the children traveled with him to many different military bases throughout the United States and overseas to Germany. Upon Ray’s retirement the family moved to Ava in May 1970. This didn’t stop their traveling though, Billye and Ray took many trips around the country, and to Canada and to Ireland. In 1995, Billye and daughter Sherian went to Hawaii and in 2005 Billye and daughter Karian went to Rome, Italy where they had an audience with Pope Benedict. Billye was involved in her community, volunteering for 30 years at the Heart of the Ozarks nursing home and the local food pantry. She was an active member of St. Leo’s Catholic Church especially during the St. Patrick’s Day celebration, where she wore her Donnelly kilt. Billye was also a judge during elections and involved in the Republican Women’s Club.

Billye was preceded in death by her parents, her two sisters, Dorothy Martin and Martha Jones, two daughters, Raeliene Parsons and Sherian McMillin. She is survived by her loving husband, Raymond, their three children, Karian Donnelly, sons, Charlie Donnelly and Leah, and Shaun Donnelly and Kathi. Her grandchildren, Chris, Stephanie, Bridget, Ben, Amanda, Patrick, Joey, Kevin, and Embet. Her great-grandchildren, Kimberly, Alison, Christopher, Megan, McKenzie, Kale, Tyler, Trent, and Aubrey. Her great-great-granddaughters, Riley, Aria, and Ellie. Sisters, Delores Crain and Georgia Kelly, and a host of other relatives and friends.

Memorial Mass services for Billye will be Saturday,  September 28, 2019 at 11:00 a.m. in St. Leo’s Catholic Church, Ava. A Visitation/Rosary will be Friday, September 27th from 6:00 p.m. to 7:00 p.m. in the Clinkingbeard Chapel, Ava. Burial of her cremated remains will be in the Columbarium Wall at the Missouri Veteran’s Cemetery in Springfield, MO at a later date.  Officiating will be Father Leo Arockismany and Deacon Joe Kurtenbach. In lieu of flowers family request donations to the Heart of the Hills Food Harvest in Ava. Services are being conducted by Clinkingbeard Funeral Home, Ava, MO. Online condolences may be made to www.clinkingbeardfuneralhome.com.