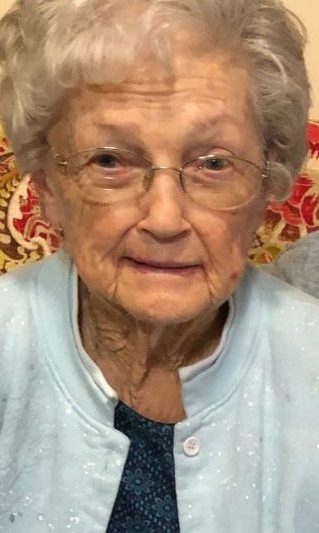 Shirley Mae Draper, 88 years, 2 months, 5 days old, Arlington, Texas (formerly of Springfield, Mo.), passed on to Heaven on September 13, 2019 at Arlington Memorial Hospital in Arlington, TX with her family by her side.

Shirley was a homemaker and housewife. She had worked in her earlier years at Lilly Tulip Co. in Springfield, MO.

Shirley was a Christian and a member of Springfield First Freewill Baptist Church. She enjoyed her plants, flowers, crafts, and grandchildren, and especially, her little dog and companion, Katy.

She is preceded in death by her parents, Clay and Amanda, her first husband, Rex,  brothers, Bob Heard, Kenneth Heard, and Arnold Heard.

Shirley is survived by her husband, Coday Draper of Springfield, two sons and their spouses, Don and Debbie Singleton of Arlington, TX and Dan & Becky Singleton of  Woodbine, Maryland,  four grandchildren, seven great grandchildren,  brother, Leonard Heard, nieces, nephews, and a host of other relatives and friends.

Graveside services for Shirley were Wednesday, September 18, 2019 at 10:30 a.m. at the Brushy Knob Cemetery east of Ava.  A visitation was Wednesday prior to the service from 9:00 a.m. to 10:00 a.m. in the Clinkingbeard Funeral Home, Ava, MO. Officiating was Pastor Charles Horton. Memorials may be made to the Alzheimer’s Association. On line condolences may be made to www.clinkingbeardfuneralhome.com.