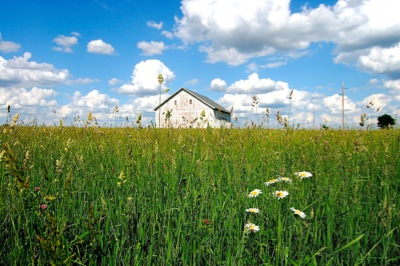 SPRINGFIELD, Mo. – Put on your jeans and boots and celebrate our agricultural heritage at the sixth annual “Salute to Century and Family Farms” event scheduled for 6 p.m. to 9 p.m. on Monday, Sept. 30 at the historic Round Barn Event Center along Clear Creek, 10731 W. US Hwy 160, Walnut Grove.

Advance tickets are required and can be purchased online at http://extension.missouri.edu/greene or by mail or in person at the Greene County MU Extension. For more information, call the county office at (417) 881-8909.

One Greene County farm will be recognized as a new addition to the Century Farm register at this year’s event. The farm is owned by Dennis Randall Payne and is in Strafford.

The Greene County Farm Family will also be recognized. For 2019, we will be recognizing Joey and Jessica Woods of Fair Grove.

Several farms will also be recognized with the 2019 Jackie Warfel Most Valuable Farm Award. This year we will be honoring the original Century Farms (first selected in 1976) that have stayed in the family.

The farms to be recognized are:

This special award is named after Jackie Warfel, who along with help from Vera Chandler, combed through records and updated the Greene County Extension Council’s Century Farm records and created a display that was enjoyed at the Ozark Empire Fair for many years. This award is given in honor of a farm’s historical significance to the county. All MVF honorees have previously been named a Century Farm.

Four student speakers will also be featured during the event. We will hear about the future of farming from some of the best 4-H and FFA speakers in Greene County. This year’s speakers will be MaKenna Johnson of Ash Grove, Micah O’Mallery of Springfield, Charles Goodnight of Republic, and a student representing the Republic FFA.

Attendees will be treated to a full meal provided by Harry T’s Barbeque. A sponsorship from Old Missouri Bank makes the dinner at the event possible.

One of the great things about this event is the historic location. The barn was built in 1880 and is the earliest polygonal barn in Missouri, the largest known barn of its type in the state.

To qualify for Century Farm status, a single-family must have owned the farm for 100 consecutive years. The farm must be at least 40 acres of the original land acquisition and make a financial contribution to the overall farm income.