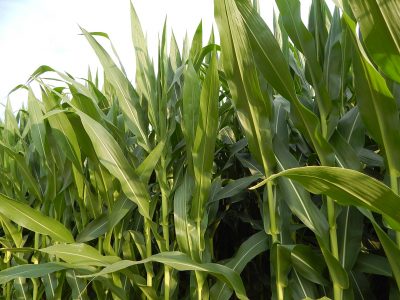 COLUMBIA, Mo. – A cover crop planted this fall on land flooded without a crop this year does more than control erosion and weeds. Fall-seeded cover crops can boost corn yields next year. A beneficial soil-borne fungus in healthy soil needs roots to survive in fallow years.

Roots of many plants, even weeds, support fungi, but corn is especially dependent on mycorrhizal fungi. Crops to consider for cover this fall are cereal grains and clovers.

“Counting on weeds is not advised,” Luce adds.

Brassica cover crops such as radish and turnip don’t support the fungi. If they are used, grass should be interseeded with the root crops, he says.

While many crops benefit from the fungi, corn seems hardest hit by fallow field syndrome.

A fallow year has further impact on crops when soils are low in phosphorus. Research by the director of the Missouri Soil Testing Lab shows that fallow field syndrome didn’t have a strong negative impact on fields testing high in phosphorus.

Luce gives tips to overcome yield losses on fields not planted in 2019.

*Soybeans aren’t hit as hard as corn when planted after a fallow year. A cover crop ahead of soybeans is easier than ahead of corn. But don’t forget other gains from cover crops.

Luce admits some growers don’t like cover crops ahead of corn. But cereal rye or wheat cover crops need early termination ahead of corn planting. Spring oats planted the summer or fall ahead provide a winter-kill option. Consider combining crimson clover with the oats. The clover roots remain through the spring without raising issues with corn planting.