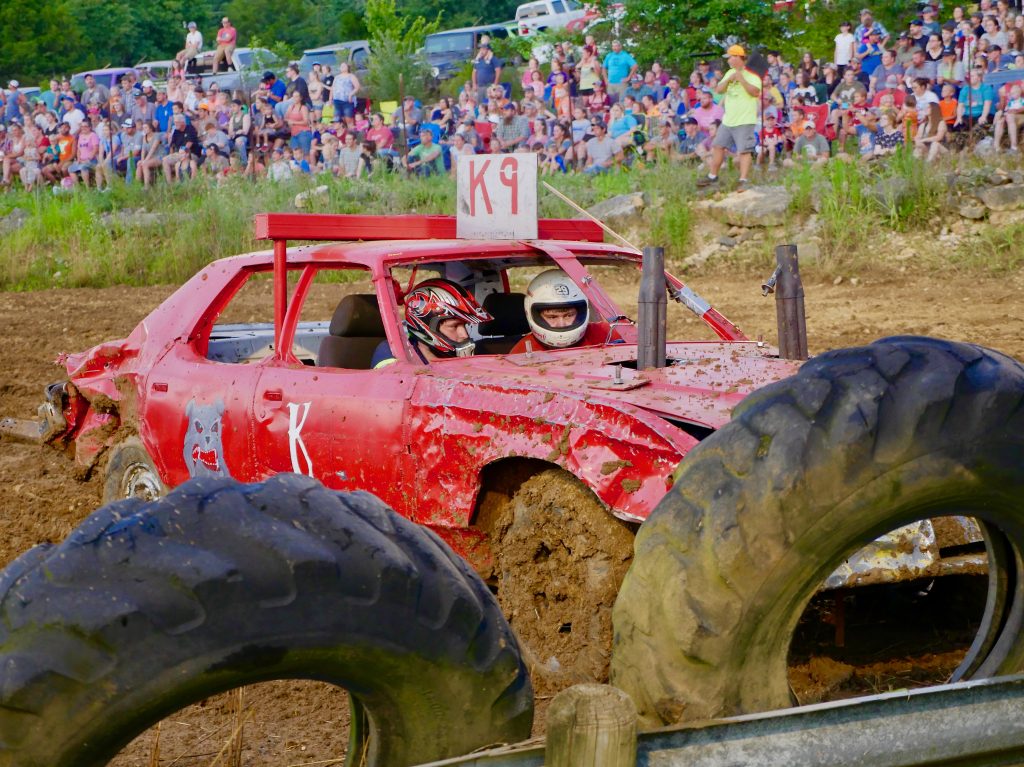 Michael Boyink/Herald (Above) The driver and passenger of the K9 car try to get it re-started during the Douglas County Fair’s Demolition Derby last Saturday night. Event organizers estimate 1600 people attended the derby this year.

There were probably Fords. Definitely some Chevies. Quite probably a Dodge or three.

But mostly? It was hard to tell.

Between crazy paint jobs, decorations, “modifications” from previous derbies, the original make and model of the derby cars could only be guessed at.

Someone in the large crowd probably knew, though.

And it was a large crowd.

“Last night we set new benchmarks in attendance which was fantastic,” wrote Douglas County Fair President AJ Carmichael on the Fair’s Facebook page. “However, it caused some issues that as a board of directors, we will work diligently to resolve before the fall derby on September 7th, 2019.”

Deana Parsick, Treasurer for the Douglas County Fair, estimated the crowd size to be around 1600 people.

Full derby results will appear in next week’s Herald. 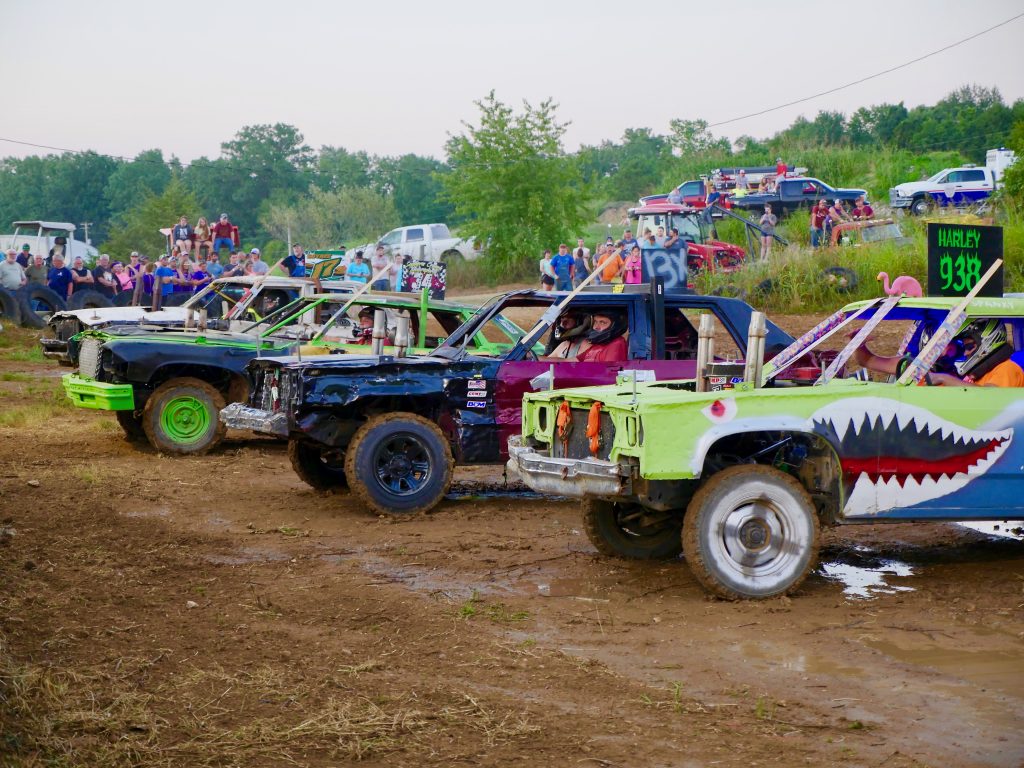 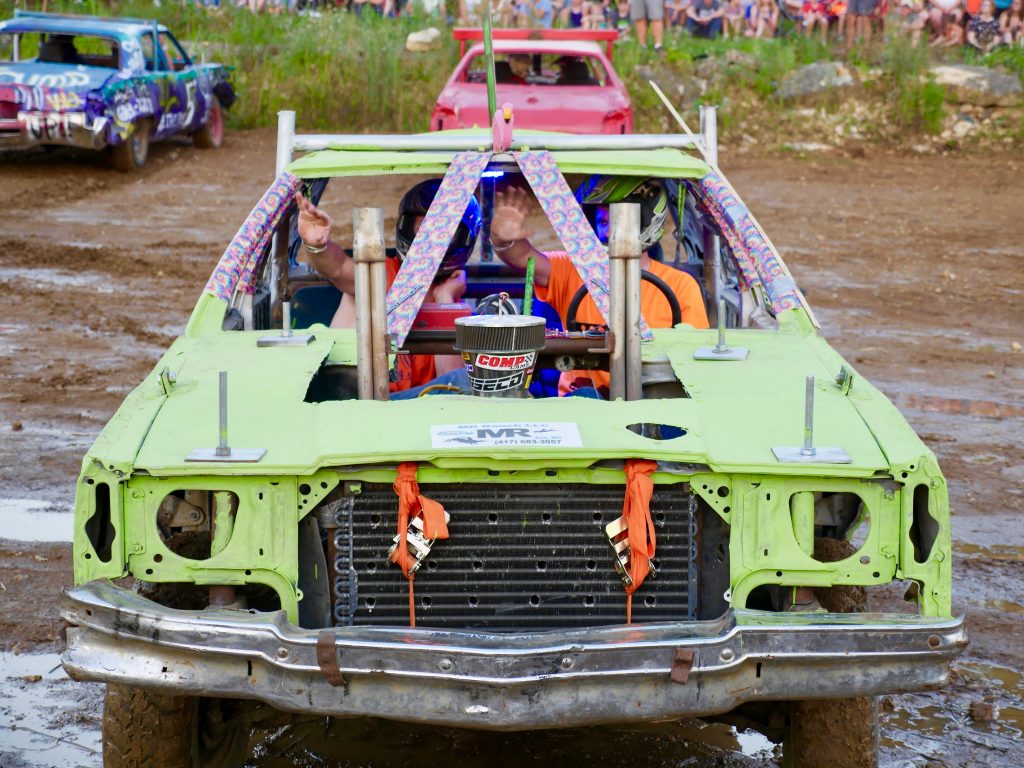 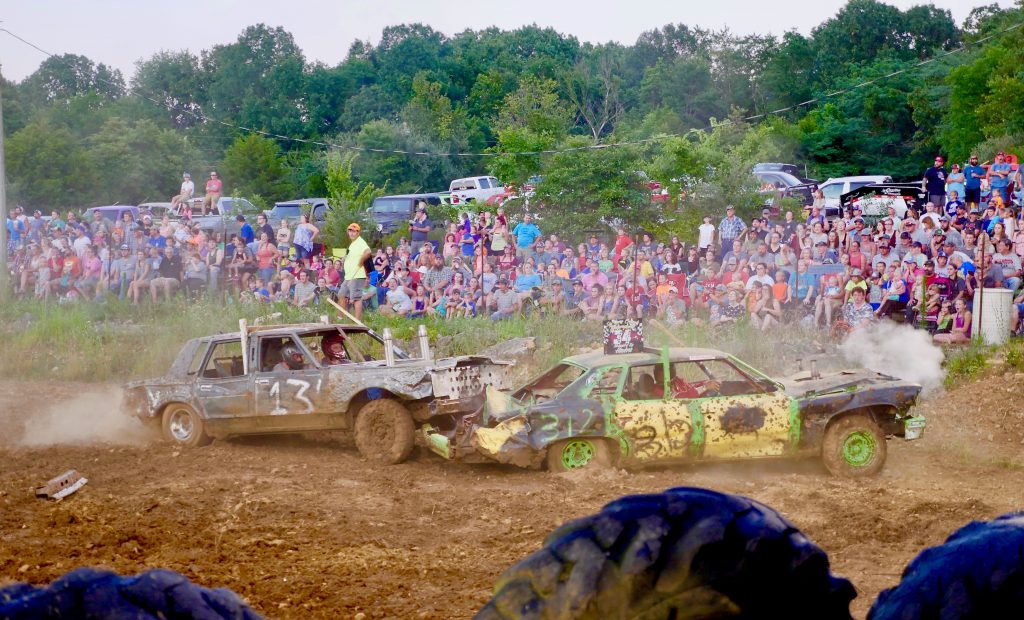 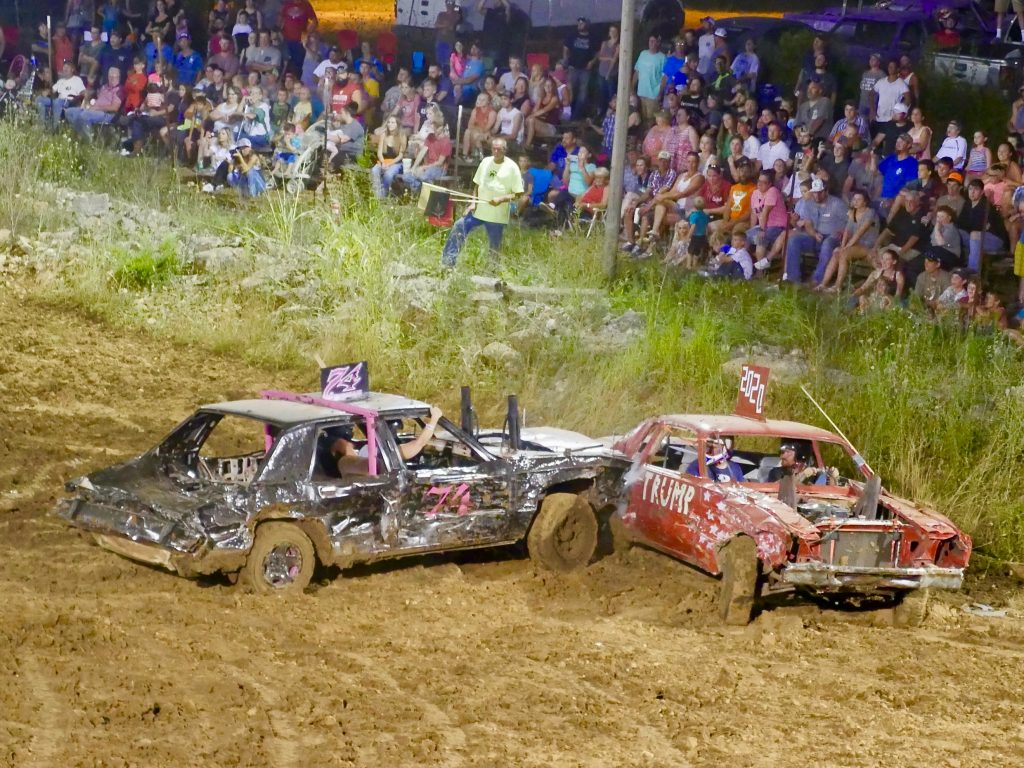 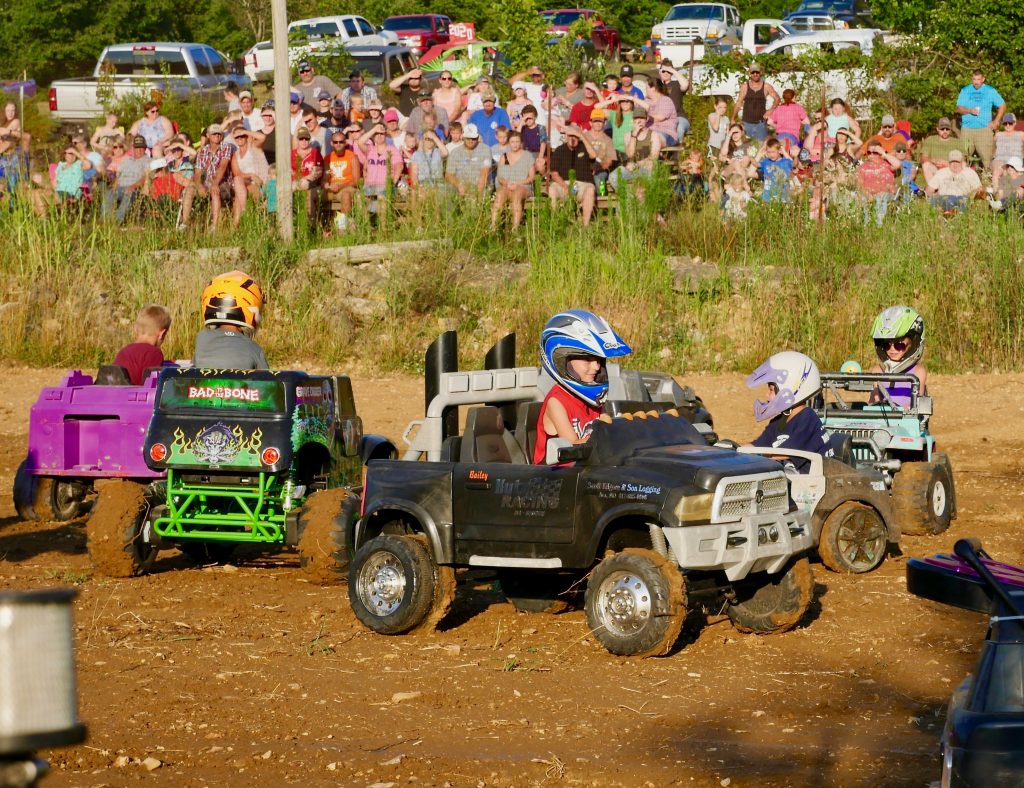 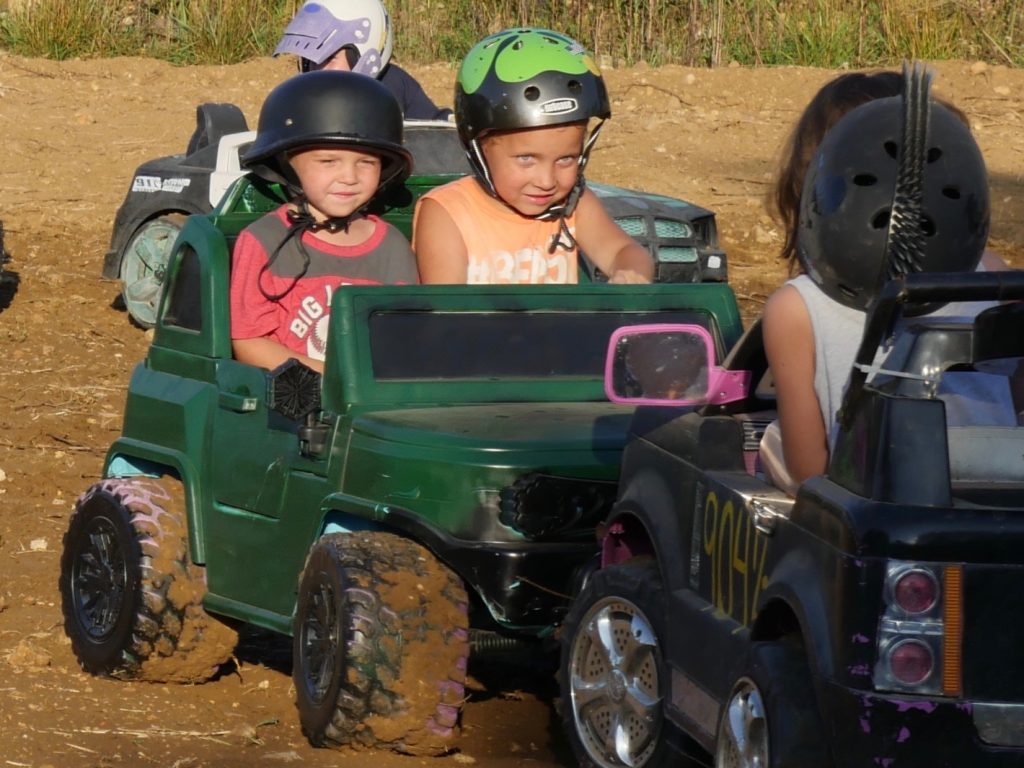 A group of kids had a brawl at the recent Douglas County Fair.  All was well, however – with safety gear on and parents standing close by the young ones bashed their Power Wheels vehicles into each other as the opening event to the demolition derby. 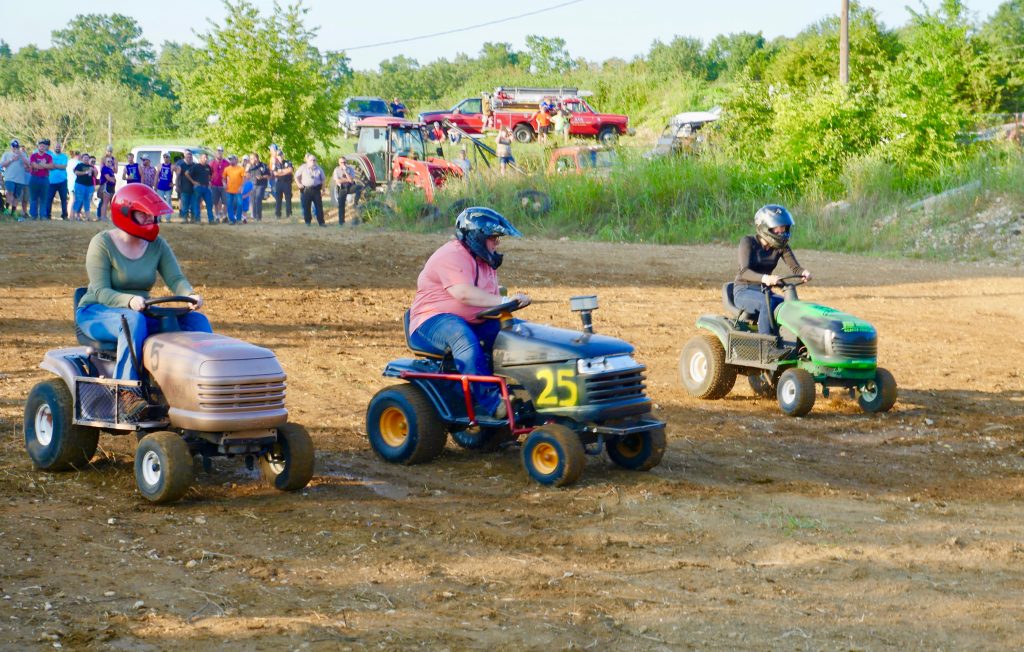 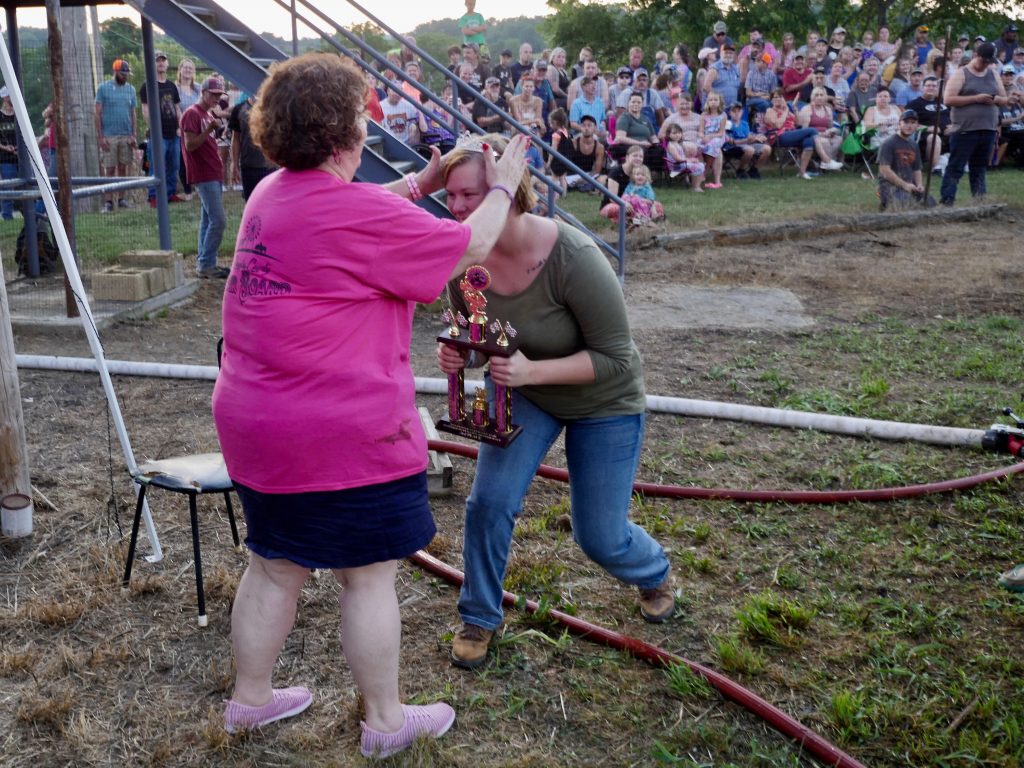 Event sponsor Deana Parsick crowns a winner. Full event results will be in next week’s Herald. 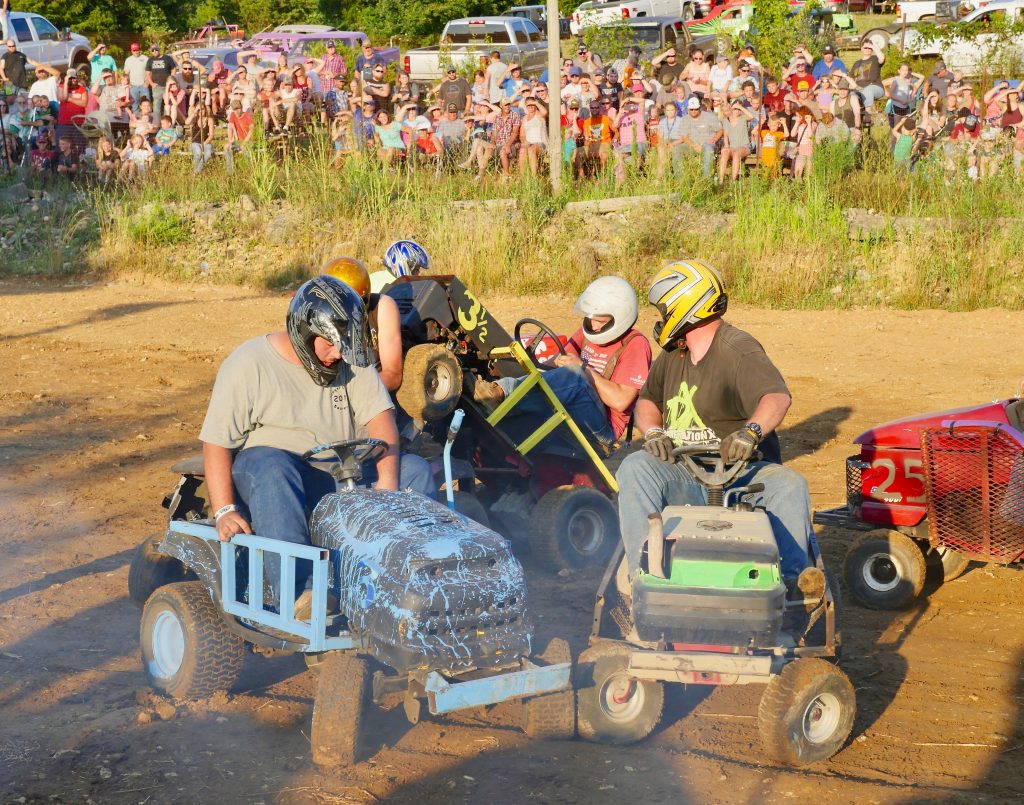 The Demolition Derby at the Douglas County Fair featured a bevy of men on lawnmowers crashing into and on each other. The mowers proved hard to kill, as the event timed out and winners were chosen by the crowd. 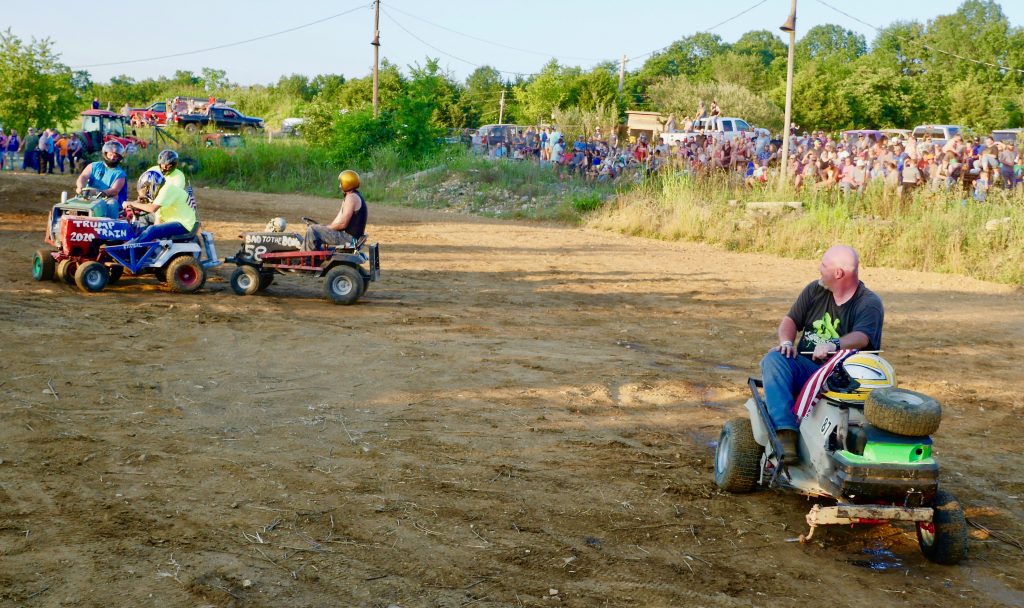 #87 was left out of the action by a flat tire in back and a missing wheel up front.