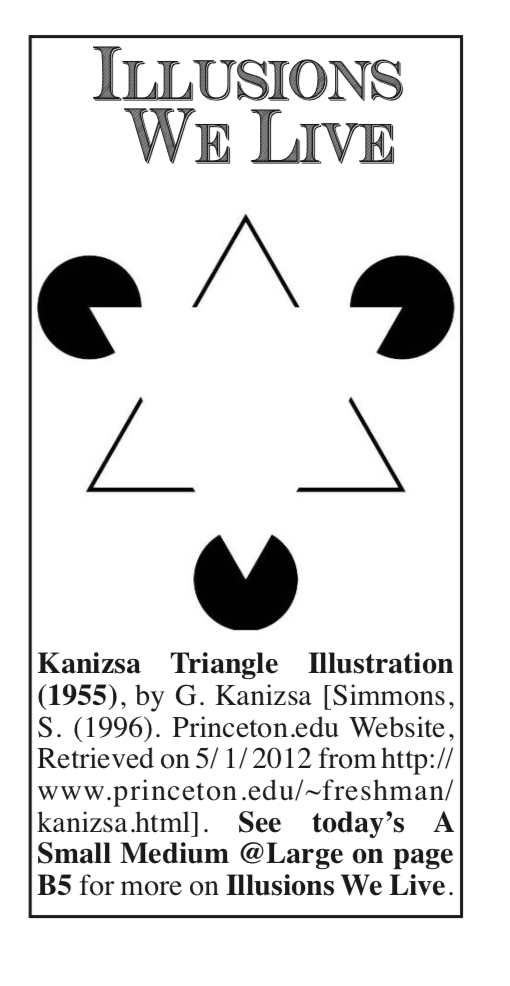 Illusions We Live Part II– Today, I’m looking at Julian Jaynes’ theory that subjective consciousness (such as it is) appeared as a communication break-down between the left and right chambers of the human brain. “Consciousness,” he writes, “is chiefly a cultural introduction, learned on the basis of language and taught to others, rather than any biological necessity.”

Breakdown of the bicameral mind would be, like, if all the iPhones fell into a massive toilet, never to come on again. The classic example is when the tower of Babel fell and debate still rages over whose God is to blame. But my take-away is that most people back then could still grow their own food, finger-point at stuff and grunt – so no problem.

Genesis (11:2-9) tells us that Yahweh, in the company of others, “came down to see the city and the tower” and upset by creeping neo-liberal social policies, “confounded their language that they may not understand each other’s speech.” This remains the case in American culture to this very day.

But Herald readers now leap to ask, “Beyond the inherent fragility of hallucinatory control by the ruling elites, and an inevitable interest rates collapse by the Fed, what’s science got to say about what causes a break-down in bicamerality?”

Well, a flip in earths’ electromagnetic signature might do the trick. It’s known that pole reversals are written throughout the layers of the earth’s crust. Such a shift could disrupt telepathic signals carried across the bridge of the brain’s anterior commissure. Meaning, the left brain’s projective speech comprehension and areas would no longer recognize signals from their receptive right brain analogues.

The Kanizsa illustration (found elsewhere in this newspaper) spontaneously fluctuates between two interpretations of name and form in space. One researcher, S. Simmons, observes that the illusion challenges the typical approach to vision because what we see in the image is not merely the sum of all its parts. It shows how we perceive objects as being whole even when they are incomplete; how we ignore gaps. Simmons notes, “We see something more. We actually perceive objects that are not really there…Only by a holistic vision – seeing the three separate ‘pac-men’ as parts of a single whole – do we perceive a triangle.” (S. Simmons, 1996 http://www.princeton.edu/~freshman/kanizsa.html).

Impossible objects and ambiguous figures are not things that can be handled in the literal sense: They arise in our brain and create paradoxical realities. But who is viewing this inner image? How and from where is anything being viewed?

The Old Testament records a long history of a time when the full bicameral expression was in operation, when signs and voices came together. Then, during the transition to subjectivity, during a period of internal mental breakdown, the vision-sign component began to fade. The casting of gorals, or lots of dice, bones, or beans as an analog god – was trendy through much of the Old Testament books and reflects the progressive loss of bicameral communication from the 9th to the 5th centuries B.C.

In the 7th century B.C., Jeremiah has a smack-down with this guy Hananiah as to whose bicameral voice is the right one. A classic nail-biter, to be sure, but Hananiah dies about two months later – couldn’t see it coming – an automatic forfeit in the prediction ranks. So, instead of his book, we got Jeremiah’s.

The Book of Samuel is an instructive register of what it might have felt like to be partly bicameral. The boy Samuel, trained into the bicameral mode by the old priest Eli, is prodded from sleep by the Voice of He-who-Is. Still, in transitioning from the decaying spectrum of bi-cameral mentalities, he must resort to divining from time to time, as he does from his own garment (1 Samuel 15:27-29).

This breakdown of the inter-hemisphere communication  – science has no idea why –transcends semantic definition. Something happened to cause cultural norms to undergo dramatic change all over the planet.

Word change means underlying cognitive alterations which results in behavioral earthquakes. Have we actually lost the ability to hear and converse at higher spiritual levels? How would we know?

God, in this theory, was no longer an accessible voice in the nervous system of well-tuned humans but became something written on tablets. So, He became the law, and required ongoing interpretation for hire. What was once spoken became silent. A once natural and intuitive right brain voice now became carved upon a stone or printed in a book. By the time of Jesus’ baptism, when a voice – or maybe thunder – spoke from heaven, it was appreciated as a great rarity.

Elohim is a general term referring to the voice-visions of the bicameral mind. The first creation story in Genesis records the voices who created heaven and earth in the beginning; the second story is where the serpent promises that “you shall be like the Elohim themselves, knowing good and evil” (Gen 3:5). And suddenly “The eyes of them both were opened” and their analog eyes in their metaphored mind-space suddenly “knew they were naked.”

Ecclesiastes, the last book written in the Old Testament, is the opposite. Only a very subjective man could say, “Vanity of vanities, all is vanity.” Or say that he sees that wisdom excels fully. One has to have an analog “I” surveying a mind space to so see. This specialization of time, the spreading out in mind-space, the constant comparing of one thing to another, would have been impossible for Amos, as recorded in the oldest book. Nor possible for Moses, who was compelled to provide magical proofs of which voice is valid, where no analog “I” is to be found.

We are so used to the wonderful stories of the Pentateuch that it is almost impossible for us to see them freshly, to appreciate the magnitude of the cognitive changes that followed the breakdown of the bicameral mind as The Fall. After the Pentateuch, the bicameral voice retreats more and more, angel voices are heard less conversationally. By the time of Joshua, about halfway between bicamerality and subjectivity, lots are thrown to make decisions.

Scholars have long speculated about the decline and fall of prophecy in the post-exile period of Judaism, missing the plain fact that it was part of a worldwide loss of the bicameral mind. Up to a point in time, all the world’s literature reported that people, when faced with a moral choice or dilemma, heard a counseling voice(s).

If we read the Old Testament from Jayne’s point of view, “the entire succession of works becomes majestically and wonderfully the birth pangs of our subjective consciousness.”

In the Kanizsa illusion we can extrapolate how two interpretations of reality can vie for dominance – a familiar experience in our everyday lives. What could “know thyself” mean within the context of dualistic perception? It begins, probably, with knowing the process of how our mind engages in polarizing the world through a game of strategic separation. This is an overarching kind of knowledge.

In youth, we find it easy to point out what we don’t like to see. The world revolves around a perspectival singularity: the Me-Not Me divide. But with maturity, we realize the world is a mirror upon which is projected all the subconscious images of ourselves. Positive or negative, the world as we experience it is our own projection, our karmic predicament from top to bottom.

How this works is “As you sow, you reap,” “You got it, you did it,” “Judge and be judged,” “What goes around . . .” and so on. Youngsters locate the problems outside themselves and struggle to change the view in the mirror. The adult seeks self-change – the mirror works just fine. That’s why16-year olds don’t get to vote.