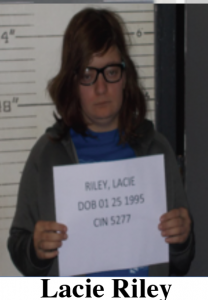 Tuesday, May 21, Corporal Wallace responded to a DFS hotline involving an infant and sexual allegations. Upon investigation, Lacie Riley (mother), age 24, of Ava, was arrested and charged with
Statutory Sodomy or Attempted Statutory Sodomy.  Bond has been set at $50,000 10% cash surety, with GPS monitoring.  Riley is currently incarcerated in the Douglas County Jail.  This case is actively being worked by Douglas County Sheriff’s Office and Cyber Task Force.

Thursday, May 30, Corporal Wallace made a traffic stop in the Twin Bridges area on an out of state vehicle.  It was found the driver had an active Missouri Probation and Parole warrant. Both subjects were detained. They admitted there were illegal substances in the vehicle. Upon searching the vehicle, illegal narcotics were seized. 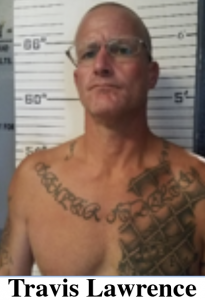 Travis Lawrence, age 46, of Belton, Mo., has been charged with Possession of  Controlled Substance, Felony D and bond has been set at $20,000 cash only with CPS Supervision.  Lawrence still has his Probation and Parole warrant in place as well.

Ashley Gregerson, age 34, of Kansas City, Mo., has been charges with Possession of Controlled Substance Felony D.  Her bond has been set at $15,000 10% cash surety with CPS Supervision.   Both subjects are currently incarcerated at the Douglas County Jail. 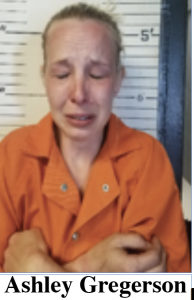