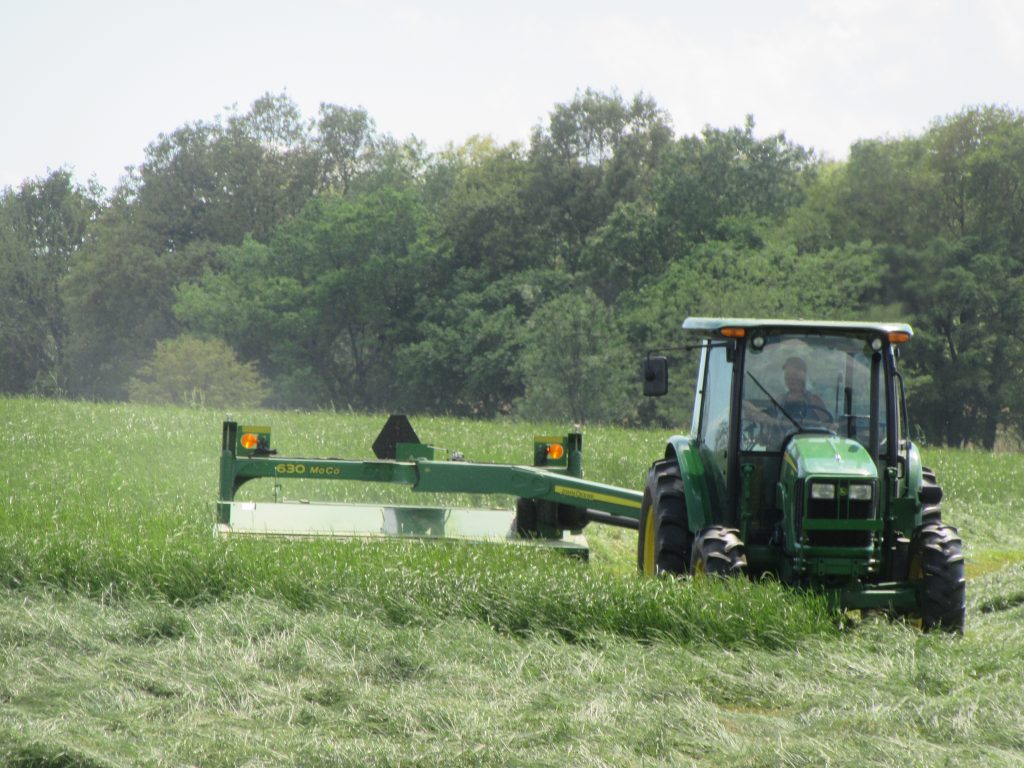 COLUMBIA, Mo. – High-moisture grass baled above 24% moisture can cause spontaneous combustion. Overheated bales can burn down a hay barn.

Even if damp bales don’t go up in flames, nutrient quality cooks out of hay. Heat destroys carbohydrates and makes proteins indigestible to livestock.

“It’s been hard to find more than a two-day time with sunshine to cure hay,” Roberts said.

Pat Guinan, MU Extension climatologist, said May is normally the rainiest month on average. This year breaks rain records. Some places, particularly in southwestern Missouri, got more than 25 inches of rain in May. More rain remains in forecasts.

All hay carries bacteria. Some thermophilic, or heat-loving, bacteria cause fires in confinement. Hay should not be baled above 20% moisture, Roberts said. Baling at 25-30% moisture asks for trouble.

“We may make lots of hay, but it’s not high-quality hay,” Roberts said.

Mold and fire are not the only problems. Reports from field specialists told of farmers losing fields of forage to armyworms or alfalfa weevils. Rains didn’t slow pests.