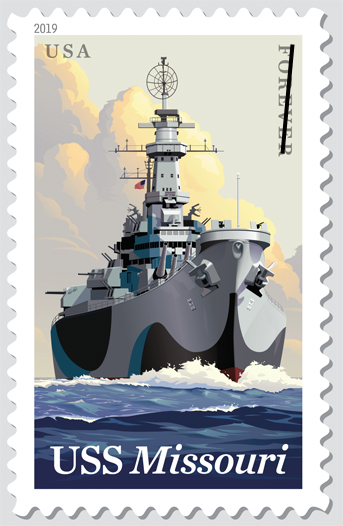 The Postal Service recently announced it is issuing a stamp for the famous World War II battleship USS Missouri.

The battleship was affectionately nicknamed “Mighty Mo,” and had one of the most historic roles during World War II. On Sept. 2, 1945, military officials from the Allied powers and imperial Japan convened on her deck and signed the documents confirming Japan’s surrender and ending the war.