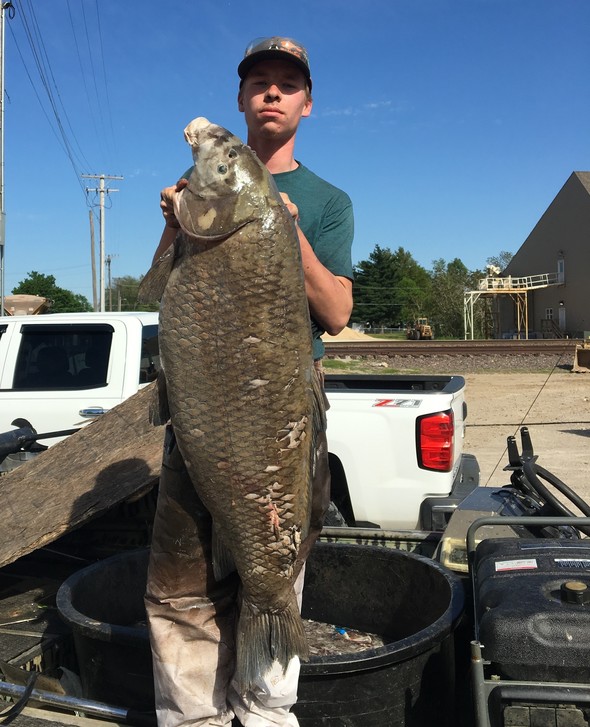 Joshua Lee of Bernie is above holding the record-breaking 76-pound black buffalo shot in Stoddard County.

“That’s a big fish – even for one of Missouri’s largest species of suckers,” said MDC Fisheries Programs Specialist Andrew Branson. “Congratulations to Joshua on smashing the state record!”

Sucker fish live on the bottom of lakes, rivers, and streams. They feed by sucking up mainly invertebrates and plants. These fish are found in a majority of rivers and lakes throughout most of Missouri.

Suckers are one of the dominant groups of large fishes in Missouri waters. In many streams, their total poundage may exceed that of all other fishes combined.