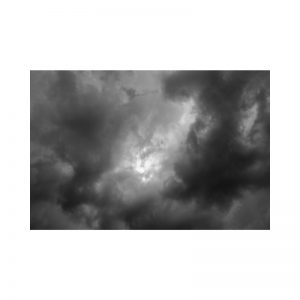 Federal, state and local authorities must act; family members, too, need to get involved

WASHINGTON, DC, Apr 12 –– Elder abuse in nursing homes is on the rise again and senior advocate Dan Weber is calling for government intervention at the state, local and federal levels.

Between four and five million Americans are in nursing homes, the great majority of whom are seniors over the age of 65. “And too many of them have been and continue to be victims of nursing home abuse,” according to Weber, who is president of the Association of Mature American Citizens [AMAC]. “If it is determined that a family member needs care in a nursing home, the facility needs deep vetting, not just a cursory background check”

Weber says that it was recently revealed during hearings held by Sen. Chuck Grassley’s Committee on Finance that it may not be enough to rely on a nursing home’s good grades from the authorities when choosing a nursing home for a loved one. He cites the testimony of a woman whose mother died as a result of neglect in a home that had what Grassley described as “the highest possible ranking from the Centers for Medicare and Medicaid Services (CMS) for quality of resident care.”

That revelation hit home for Senator Grassley who described the testimony at his hearing as “troubling.” He promised additional investigations into nursing home abuse by the Department of Health and Human Services and the Government Accountability Office. He said that as soon as those investigations are completed new hearings would take place.

Meanwhile, CMS announced that it was already in the process of updating the way it rates nursing homes. CMS also issued new guidelines for “identifying and ultimately preventing” abuse or neglect cases.

Nursing home attorneys at Blasingame, Burch, Garrard & Ashley in Athens, GA say that in addition to physical abuse a majority of residents experience depression. And, they say that many patients too often are given the wrong medications.

AMAC’s Weber warns that the decision to admit a relative to a nursing home is made more difficult because the patient may object and because the need may a lot of time to act. And, notes the National Council for Aging Care, “If your loved one can still make choices or discuss their wishes clearly, it is very important that you acknowledge their opinion and act accordingly.”

Weber says that the decision to should not be determined by an individual family member. It’s a time when all family members close to the individual who is ill to be consulted, although it is always wise to consult his or her physician.

“But, in most cases it is family members who must make the ultimate decision to move the patient into a nursing home. And, beyond that, it is up to family members to ensure that the facility they choose is the right one. They need to do their homework to pick a facility that has a history of caring for its patients. And, once a loved one takes up residency in a home, family members should make regular, unscheduled visits to make sure their loved ones are not being mistreated.”

To facilitate the process of choosing and vetting a nursing home, there are a variety of sources on the Internet that can help you make the right decisions. Medicare, for example, has put together The Nursing Home Checklist that provides a list of the questions you need to ask.