The Ava School Board heard a presentation from a group interested in saving the old high school building last Thursday night, then later in the same meeting accepted a bid for the demolition of the building.  Mabel Everett presented the board with a stack of petitions which she said contained some 400 names of persons who do not wish to see the building torn down.  David Norman, speaking on behalf of the Ava High School Alumni Foundation, added “If I had not gone to school in the building –– as most of you have not –– and I went through the building, my feeling would be like yours.”

Valedictorian of the 1994 class is Michael J. Madden, son of Mike and Teresa McKinney, of Drury.  Salutation is Sarah Henry, daughter of Bill and Pat Henry, of Ava.

The SMSU Super Bears will be in Ava Saturday night for the 6th annual Great Ava Shoot-Out, sponsored by the Ava Kiwanis Club.  The game will pit the Missouri State Highway Patrol against the Douglas County Sheriff’s Department in basketball action, and all proceeds of the event will go toward Kiwanis youth projects.

LaVern (Sellers) Norman, wife of Ava Mayor James (Bud) Norman, has been selected to participate in the pageant April 29 and 30 in Cape Girardeau.

The University of Missouri- Columbia, has announced that Scott Silvey, a 1980 graduate of Ava High School, is one of 50 students accepted in the schools 1994 physical therapy program which is a nationally accredited two-year course of study.

Dr. Linda Johnson has been named assistant dean for selection by the University of Missouri-Kansas City School of Medicine. She is a 1981 graduate of Ava High School.

STAR –– Mr. and Mrs. Bud Anderson visited with Butch Merritt and boys, and Mr. and Mrs. Terry McFarlin to see the new baby.

On Thursday, Skyline School honored its bus drivers for their dedication and service to students.  They are Cathy Moffett, Wes Smith, Kip Smith, Butch Linder, Rich Shelhamer and Beverly Surface.

A Douglas County man was arraigned Wednesday in magistrate court here on charges of burglary and larceny in connection with a breakin at a home in West Douglas County where over $600 in cash and other merchandise were taken.  The loot was stored in a box in the milk barn, and was taken during the early hours of the morning.

Five Area students were rated among the top in the southwest district speech festival Saturday in Springfield. they are Pam Oxley, Robert Pettit, Annabel Briscoe and Judy Holt.  Mrs. Mona Decker is the instructor.

Leslie D. Stamper, son of Mr. and Mrs. Leslie C. Stamper of Ava, has been promoted to Army Specialists-five at Lon Binh, Vietnam.  He is a 1966 graduate of Ava High School.

Rev. John Moles gave the dedicatory address at the opening of a new chapel at Chastain’s of Ava.  Special music was provided by Rev. Jack and Wilma Hamilton, evangelists and musicians. The new chapel seats approximately 30 persons, and is part of the expanded building program.

The Ava ball team dropped its season opener to Mountain Grove Monday in a 5-0 clash there.

Mr. and Mrs. Virgil Swearengin of Route 2, Fordland announce the engagement of their daughter, Donna Kay to James Robert Fleming, Jr.  Miss Swearengin is a graduate of Ava High School.

WASOLA –– Visitors last eek in the home of Lolla Prock were Doris Pinckney and Delpha Hicks.

Most people who say they don’t gamble forget that they drive every day.

With violent assaults by air continuing this week on what is expected to be the invasion area of Europe and other preparation being made for invasions, Nazi Germany apparently is expecting the invasion of western Europe to be started any day – possibly this weekend.

At least half a dozen Ozark counties were represented at the first annual banquet of the Ozark County Chamber of Commerce, held in the high school building at Gainesville Friday evening.  More than 200 plates were served.   The Ozark County Chamber of Commerce was just recently organized and has a membership of more than 600.  Hugh Tan Harlin is president, and Dick Trump is secretary of the organization.

Eight Mt. Zion students are in the graduating class this year.  The Rev. Lewis Doss of Berryville, Arkansas will deliver the baccalaureate sermon.

Matt Huffman of Findley township has filed his candidacy for the Republican nomination for sheriff.  He will be opposed in the primary by L.M. Barnes.

Misses Reatha and Pauline Jenkins who are employed in Ava spent Sunday in the country home of their parents, Mr. and Mrs. Lee Jenkins.

Mrs. Lilly Kester, Mrs. Virgil Kester and son, Gary, and Mrs. O.A. Atteberry and daughter, Ann, spent Sunday in Rome and were all day guests in the home of Mr. and Mrs. Bardie Baxter.

Mr. and Mrs. R. F. Spurlock announce the birth of a daughter, Bobbie Jo, in their suburban home just west of Ava, on Thursday, April 20.

MT. TABOR –– Mr. and Mrs. Denzil Barnes moved from the Joe Harris farm back to the Hale property near Ava known as the Arthur Singleton place.  Larkin Barnes sold the Willis Harris farm to Mell Sanders. Mr. Sanders is in the west and does not plan to occupy his new home before fall.

The Robertson Helping Hand Club will meet with Mrs. Anna Warnky, May 4.

EAST VANZANT –– Don and Von, sons of Mr. and Mrs. Arthur Sloan, have the measles and are getting along good.

Miss Ruby Mae Dunaway has been employed to teach the Coble school again this year.

W.H. Hilton has bought the Henry McCarty place and will move soon.

Mr. and Mrs. W.M. Stafford have received word from their sons that both have arrived safely at their destination overseas.  Corporal Harrison Stafford of the amphibious engineers writes that he is stationed somewhere in New Guinea.  Lieutenant Harry Stafford, who is pilot of a flying fortress, is stationed in England. Both are graduates of Ava High School.

Movement is now on foot to organize a bank at Topaz, in the east end of Douglas County according to word reaching Ava.  R.S. Hutchison, merchant at Topaz, and a number of prosperous farmers in that section are interested in the movement, as well as business men at Cabool.

Miss Ethye McDonald, one of our most prominent rural teachers, ad Mr. Richard Robertson of Squires, were quietly married at the home of the bride’s parents, Mr. and Mrs. R.L. McDonald, four miles west of Ava, on Thursday last week.  The ceremony was performed by Howard Hitchcock in the presence of only the immediate relatives.

President Wilson says wounds of our boys are noblest badges, but “America will not forget.”

A barn on the Jas. Carrick farm, three miles west of Ava, was destroyed by fire on Tuesday afternoon of this week. The blaze was started by the two small children of Mr. and Mrs. Luscar Lakey, who were playing in the barn. The fire started in the hay and spread very rapidly.

A large delegation of Ava residents motored to Seymour last Sunday to witness the army tank demonstration there.

Marriage license was issued this week to Jos. T. Hicks and Katie Ridenour, both of Thornfield.

It has been real cool here for the last few days.

Miss Emma Day of Arno, has been hired to teach the fall term of Dogwood School.

GLENDALE ITEMS –– We understand that Mr. and Mrs. J.E. Hocton have sold their farm near Glendale to their son Ed Hocton, and son-in-law T.H.E. Mathis and are going to move to Ava, we regret to see those good old neighbors leave us but we wish them a happy retired life.

We are not expecting very good gardens this year as there were no almanacs in the community, so housewives had to plant their seed in the ground instead of the moon.

BAKERSFIELD –– Mr. Melvin Medlock’s house was burned last week.  The fire caught from a heater while the women were washing.

It is reported that a special school meeting will be called for the purpose of voting an additional levy on the taxpayers of the Ava district for the purpose of repairing the school house and for incidental expenses of the coming fall term.

The state board of health proposes to overhaul the medical colleges.

The First Baptist Church of Jefferson City is to invest in $1,700 worth of organ.

Carthage is to have a new band stand on wheels for the purposes of summer concerts.

Marionville and Ash Grove are looking forward to railroad connection with Lake Superior.

Congressman Morgan of Missouri was captured five times during the war and each time escaped.

Governor Stone has begun making a collection of portraits of Missouri governors which when completed will be hung in the grand hall of the executive mansion in the order of their service.

The world is slowly coming to learn that there is a science in agriculture that chemistry and physics and intellect have an important part to play in the success of every crop that is raised.

Tandy Davis has sold the Harper property on the north side of the square to Dal Hartin.

Mrs. Harper has purchased the Wilson residence property on the west side and will occupy it as a dwelling.

The building material for the new Robertson Hotel is being delivered at the site on the southwest corner of the square.

There is considerable grumbling among the taxpayers of the district as to the careless manner in which the public school building is being used by the managers of the present Normal School. Any building with doors and windows left open during such a storm as occurred here on Monday is sure to be damaged and if such usage is continued the building will be ruined.

Mr. Joseph Elmore and Miss Bessie Martin of Ava  were married on Sunday 29th, at the residence of the bride’s father.

Daniel Allesman of Walls Township, who recently came to this county from Illinois, was arrested and taken to Springfield by Marshal W. H. Shomes on Wednesday on a charge of intimidating a homesteader. When he arrived in this county about a month ago, he took possession of a claim made by a Mrs. Rhineland, who was absent at the time, and when she returned, he refused to give up the claim.  She served him with notice to get off and reported him to U.S. commissioner in Springfield.

Mr. J. A. Corcoran of Jersey City has just completed a novel experiment in the application of a windmill to an electric lighting plant. The plant, though an experimental one, is now in operation without as yet a single mishap, and the storage cells furnish current for 24 incandescent lamps in Mr. Corcoran’s residence. 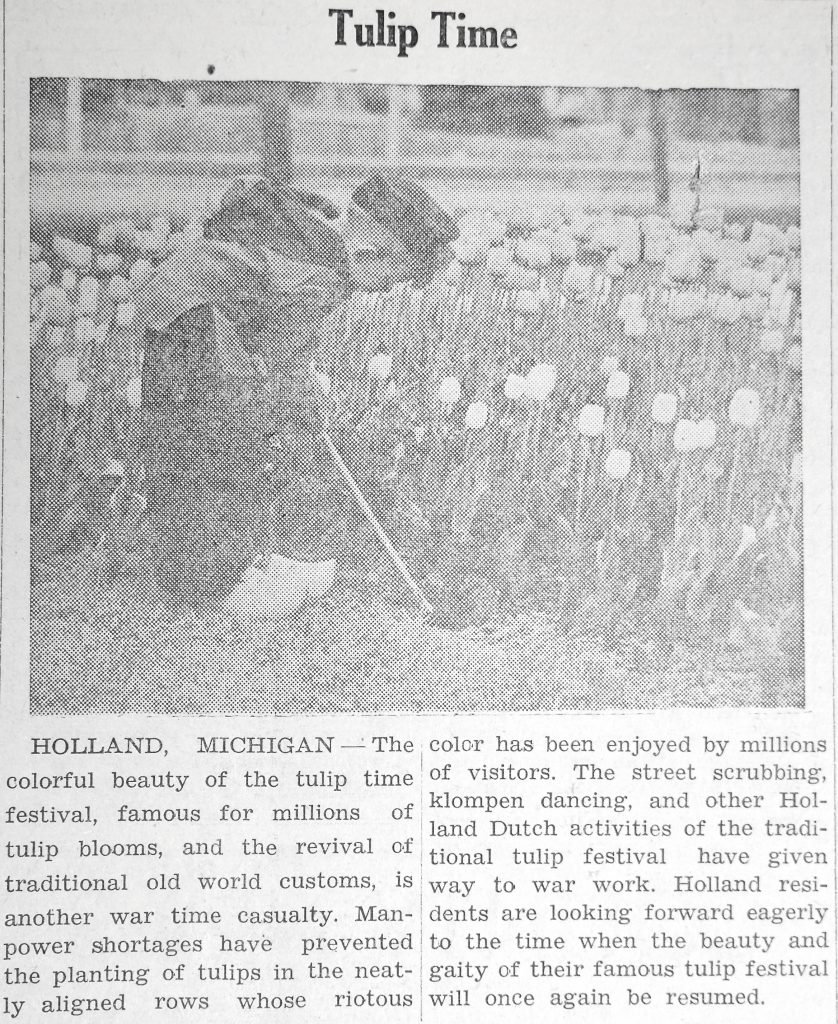