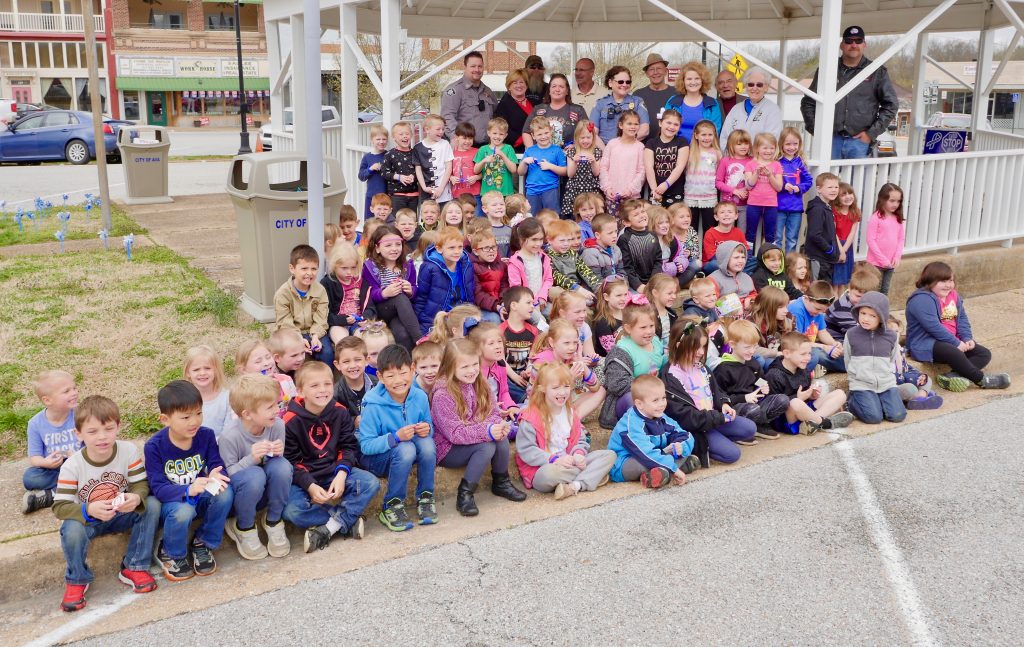 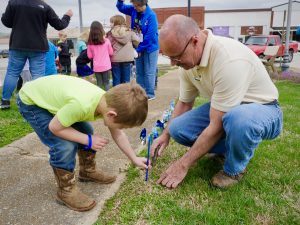 In recognition of April is Child Abuse Awareness month, the local Go Blue Team is partnering with area agencies to draw attention to this problem and bring awareness to residents, in hopes of preventing future need.

Last week, on Friday, April 5, kindergarten students from Ava Elementary planted a Pinwheel Garden on the Ava square.  The pinwheel garden will remain at the location until Wednesday, April 17. Organizers appreciate all those who came out to support the event.

In conjunction, the Go Blue group has additional activities planned to help shine the light on this initiative.  They are the following: 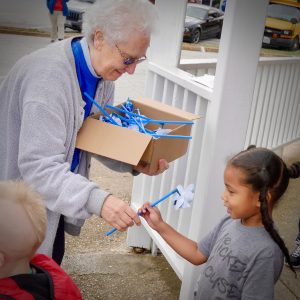 Michael Boyink/Herald
Norma Stillings of CHART hands out pinwheels to a local student.

On Tuesday, April 16, Children’s Division will conduct activities at Skyline School for Child Abuse Awareness. In addition, the Skyline PTO is sponsoring a door contest for students up to third grade.

Go Blue Sunday is scheduled for Sunday, April 28, this year, and everyone is urged to participate and wear blue to church in honor of Child Abuse Prevention Month.

Go Blue organizers are not sponsoring a store decorating contest this year but instead are encouraging businesses interested in participating to dress-up business windows in blue. 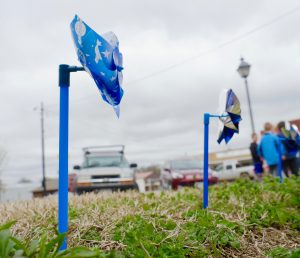 Businesses or individuals interested in donating may make their check payable to CHART, and write “Go Blue” in the memo line.