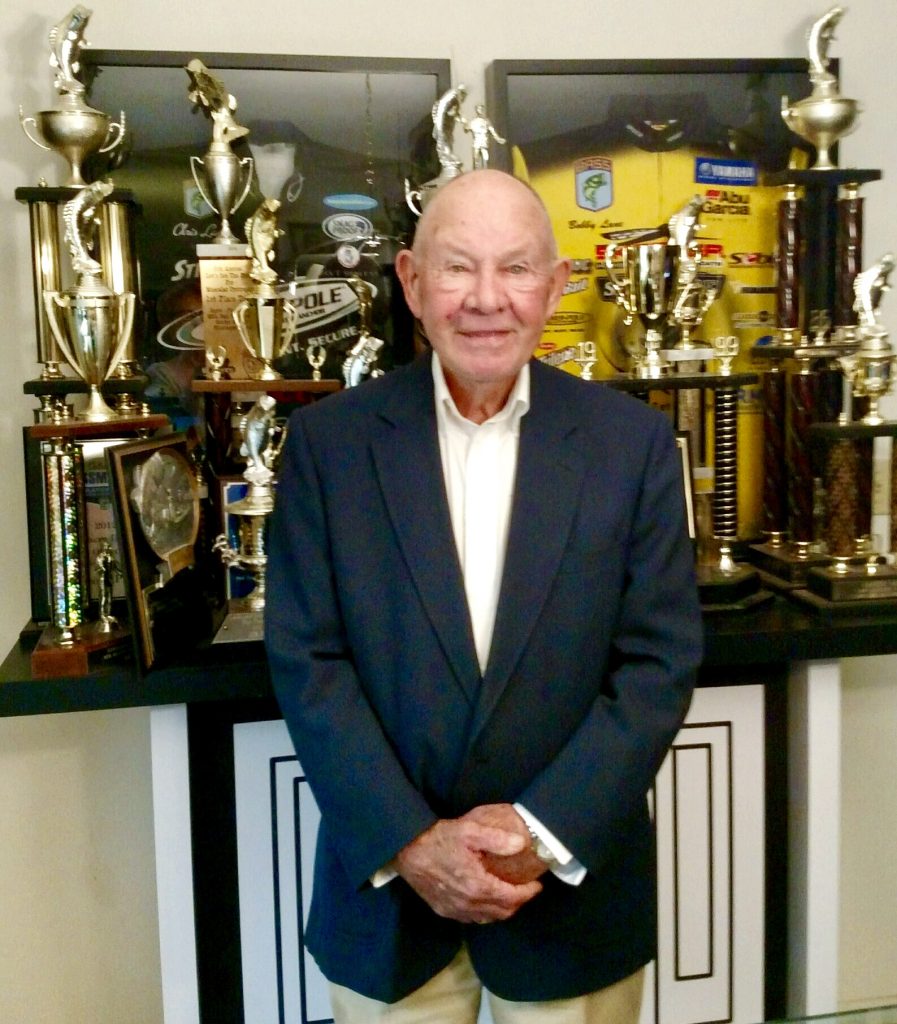 Jim Hooven, Lakeland, Fla., will be honored for meritorious service by the Bass Fishing Hall of Fame. The annual Hall of Fame Induction dinner will be held in September at Johnny Morris’ Wonders of Wildlife Museum in Springfield, Mo.

KNOXVILLE, Tenn. – For Immediate Release – 3.11.19 – The Bass Fishing Hall of Fame’s Board of Directors announced this week that Jim Hooven of Lakeland, Florida, will be honored prior to the upcoming Bassmaster Classic with the Hall’s Meritorious Service Award, a special award from the Board to give the proper recognition to select individuals and organizations deemed to have made significant contributions to bass fishing. Hooven and his son Jayson will be special guests at the annual Bass Fishing Hall of Fame Mixer on Thursday, March 14.

For more than 30 years, Hooven has led the Lakeland Bassmasters, one of the oldest and strongest bass fishing clubs in the country, boasting over 100 members for 25 consecutive year, as well as the Lakeland Junior Bassmasters, an equally prolific group. He has also served as the Florida B.A.S.S. Nation president.

“Local bass clubs, and the state organizations through B.A.S.S. and FLW are critical in developing not only future professional anglers, but also in maintaining the history and ethics surrounding the sport,” said Bass Fishing Hall of Fame President Donald Howell.  “Jim Hooven is a shining example of how the actions of one man can benefit hundreds if not thousands of others. He has devoted his life to growing the sport of fishing, and we need to recognize his efforts.”

Bobby Lane noted Hooven’s selflessness as an example that younger anglers could learn from. “The incredible success of the Lakeland Bassmasters is a tribute to his dedication,” said Lane. “I have never seen a man with such drive. What I loved about Jim is that if there was an issue in the club, he handled it with finesse, and continued to bring in new members every week. He’s helped countless people enter the world of bass fishing and contribute to or experience everything from weigh-ins to conservation.”

At its recent annual business retreat, the BFHOF Board discussed extensively people and groups who have had a favorable impact on the sport of bass fishing, and the importance of recognizing them with a special honor. The Hall’s Board plans to present this prestigious award to additional recipients as appropriate, which will then be announced at future BFHOF events held during the Bassmaster Classic, the Forrest Wood Cup, and Bass Pro Tour Redcrest championship.

The premier event for the BFHOF is the annual Hall of Fame Induction dinner at JohnnyMorris’ Wonders of Wildlife Museum in Springfield, Mo., this year being held on September 19, 2019.

Event information is available at www.BassFishingHOF.com or by contacting BFHOF executive director Barbara Bowman at bfhof.barbara@gmail.com.