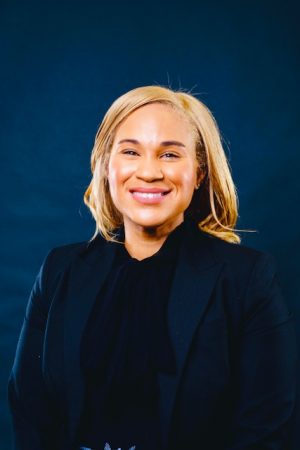 SPRINGFIELD, Mo. – Drury University is pleased to announce the appointment of Kimbrea Browning as Executive Vice President of Enrollment Management and Operations for Adult and Online Education. Browning will report directly to President Tim Cloyd and provide strategic leadership in recruitment, the student experience, and day-to-day operations for Drury’s evening and online programs in the College of Continuing Professional Studies. She begins her duties at Drury on March 18.

Browning brings 15 years of experience overseeing higher education enrollment services to the role, serving both traditional and non-traditional populations. She comes to Drury from Union Institute & University in Cincinnati, Ohio, where she has served as vice president of enrollment management since 2015 and was responsible for providing leadership in all areas of admissions, retention, financial aid, and marketing. In her time at Union Institute, Browning engaged the entire campus community in discussions of enrollment management, vision, and strategy, and she made extensive use of analytics, market research, and student experience mapping to drive enrollment goals.

Prior to that, Browning spent four years as a senior director of admissions with the Art Institutes, where she implemented a successful new student recruitment and admissions operation as part of the institution’s executive committee. Before that, Browning spent six years at the University of Phoenix, where she started as an enrollment counselor and was promoted three times to eventually become director of enrollment for the schools’ Maryland campus.

Beyond her expertise within the non-traditional education arena, Browning brings a passion for service and community connections.

The Kentucky native received her bachelor’s degree from Murray State University and her M.B.A. from the University of Phoenix.