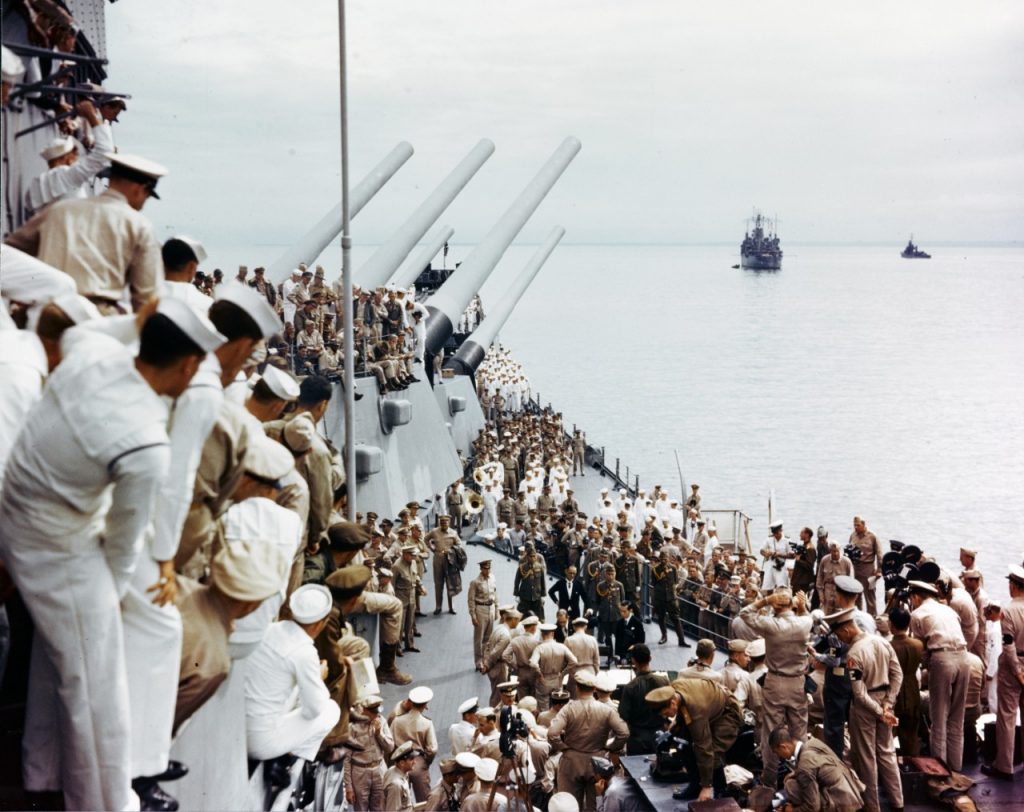 USS Missouri holds a special place in American naval history. The ship was the location of the end of World War II, the spot on which the Japanese surrender took place, which is still enshrined in the deck today.  As the US Navy’s presence in the Pacific has become a focus point of modern naval strategy, one of the Navy’s newest and most advanced warships, USS Michael Monsoor, is preparing to launch in the Pacific to correlate with the commemoration of the 75th anniversary of the January 1944 launch of the USS Missouri.  The photo above is the surrender of Japan, Tokyo Bay, September 2, 1945, on board USS Missouri (BB 63). The larger ship to the right is USS Ancon (AGC-4).