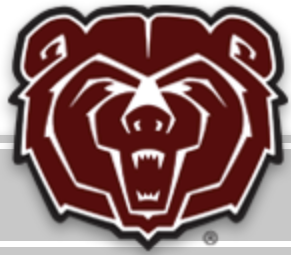 SPRINGFIELD — The Missouri State University Athletics Hall of Fame will enshrine six former athletes and a long-time supporter as part of its 45th induction class, which will be recognized on the Springfield campus the weekend of January 25-26.

The Payton Award is named for and was first awarded in 2017 in honor of one of the Bears’ and Lady Bears’ most ardent fans and supporters for more than a generation. Don Payton, who passed away in 2014, served in a variety of news and sports-related functions within the university administration from 1956 to 1985, spanning the program’s early days in the MIAA and NAIA to the growth and success of men’s and women’s programs on an NCAA Division I level.

The 2019 induction luncheon is set for 11:30 a.m. Saturday, Jan. 26, in the Turner Family Practice Court at Hammons Student Center. The luncheon is open to the public, and reservations may be made through Jan. 21 by calling Missouri State Athletics Development at (417) 836-4143. Tickets are $20 per person.

The inductees will also be recognized in halftime ceremonies of the Lady Bears’ game vs. Loyola Chicago on Friday, Jan. 25 at 7 p.m. and the Bears’ game vs. Bradley on Saturday, Jan. 26 at 3 p.m. at JQH Arena.

The seven new inductees brings the total membership in the MSU Athletics Hall of Fame to 387. The original Hall of Fame for men’s sports was established in 1975 by former Director of Athletics Aldo Sebben with 179 people enshrined in the first 22 induction classes. Long-time Director of Women’s Athletics Dr. Mary Jo Wynn established in 1981 a shrine to honor participants in women’s sports, and the 18 subsequent induction classes into that Hall of Fame saw 76 people enshrined.  The two previous groups were combined into a single shrine in 1999 and this year’s induction will be the 21st for the combined hall.

The new induction class into the shrine joins all previous honorees in the 11th year of permanent public recognition of the Athletics Hall of Fame. An interactive display listing of the entire membership of the Hall of Fame is a part of the Legacy of Competition exhibit which opened in 2008 in the east lobby of JQH Arena and includes photos and capsules of all Hall of Fame members are now on permanent display.

Capsules on the 2019 Missouri State University Athletics Hall of Fame inductees are below:

Jerry Hoover (Don Payton Award), Emeritus Professor of Music, 1985-2016; Jerry Hoover’s 31-year tenure guiding the a host of Missouri State band units — topped by the 300-member Pride Marching Band — is one of the great success stories of the past half century at MSU.  After much-honored band tours in Missouri public high schools at Cabool, Lebanon and Jefferson City and then a seven-year tenure at New Mexico State University, Hoover came to MSU in 1985 and personally directed the symphonic band, jazz band, several entertainment ensembles in addition to the Pride Marching Band. He presided over two Bear Mania basketball bands, four additional jazz ensembles, a wind ensemble and wind symphony. Achievements of the program under Hoover’s leadership included three appearances for the Pride Marching Band in the Macy’s Thanksgiving Day Parade, the Orange Bowl Parade, twice in the Tournament of Roses Parade and twice in the London New Year’s Day Parade.  In the jazz area, Hoover’s bands made three appearances at the Midwest International Band Clinic in Chicago, two at the Montreux Jazz Festival in Switzerland, the Mexico Invitational Jazz Festival, and was a finalist at the Epcot Collegiate Jazz Festival in Orlando. Both the concert and jazz ensembles enjoyed numerous yearly appearances at the College Band Directors National Conferences, the Missouri Music Educators Association and the Missouri Bandmasters Association events. The Pride Band drew accolades for its in-the-round musical performance at St. Paul’s Cathedral in London as the only American band ever allowed to play there. The recipient of a host of honors and awards on a national and international level, Hoover retired in 2016 after a 58-year career in music.

Carly Deer Stubblefield, basketball, 1997-2001/assistant basketball coach, 2007-2013; Carly Deer was a four-year letterwinner and three-year starter for basketball Lady Bears of Coach Cheryl Burnett in one of the brightest eras in the history of the program. Deer, who is from Warrensburg, Mo., played on four straight NCAA Tournament teams at MSU, capped by an appearance in the 2001 NCAA Final Four in St. Louis. She was an all-conference and academic all-conference member of the program. Deer returned to Lady Bears basketball in 2007 as an assistant to head coach Nyla Milleson and spent six more seasons with the program in a tenure which saw MSU win the 2011 Missouri Valley Conference regular-season championship. Deer also provides color commentary on Lady Bears’ television broadcasts on ESPN3, ESPN+ and KOZL-TV

William Fontleroy, basketball, 1996-2000; William Fontleroy joined Kevin Ault as the only pair of four-year starting guards in Missouri State men’s basketball history, serving as backcourt regulars together from 1996 to 2000. Playing for coaches Steve Alford and Barry Hinson, Fontleroy and the Bears played in the 1997 National Invitation Tournament and then scored upset victories over Wisconsin and Tennessee to advance to a matchup vs. Duke in the Sweet Sixteen of the 1999 NCAA Tournament. He also returned to the NIT in 2000. Fontleroy, from Gary, Ind., was a slashing, trigger-quick playmaker whose athleticism sparked the Bears on both offense and defense.

Cara Hackmann McCully, volleyball, 2007-2010; Cara Hackmann was a four-year regular for the volleyball Bears of Coach Melissa Stokes from 2007 to 2010 and put together a record-setting and much-honored playing career. The native of Washington, Mo., was the Missouri Valley Conference Libero of the Year; and MVC Defensive Player of Year during her playing days. She set an MSU record for career digs, was a two-time AVCA all-region, All-MVC and MVC All-Academic selection. She was also the Most Valuable Player of the 2008 MVC Tournament. Hackmann was first in MSU career digs (1,913) when she graduated and she was the 2007 National Libero of the Year.

Micah Holst, baseball, 1996-99; Micah Holst was a four-year starting centerfielder for the baseball Bears of coach Keith Guttin and helped provide and talent and leadership which saw the Bears reach three NCAA Tournaments, including the 1996 regional in Austin, the 1997 regional in Lubbock and the 1999 regional in Fayetteville. Holst, from Higginsville, Mo., was a Missouri Valley Conference all-league first team selection and a Bears’ captain as a senior in 1999. He finished his MSU career among the program’s all-time top 10 in games played, at-bats, runs, hits, runs batted in, total bases and stolen bases. He signed a professional contract with the San Francisco Giants in 1999.

Dennis O’Hagan, football, 1976-1980; Dennis O’Hagan was a standout linebacker for the football Bears at the beginning of the MSU coaching tenure of coach Rich Johanningmeier. O’Hagan’s play in the Bears’ defensive unit was severely curtailed his first two years by a succession of injuries but he made up for it was spectacular play his final three seasons. The product of Belton, Mo., tallied 226 total tackles as a senior in 1980, which is still the MSU single-season record as he racked up double-digit performances in every game. The 145 tackles he logged in 1979 is also the ninth best season total for a Bears’ defender. O’Hagan ranks fourth on MSU’s career tackles list, and he served as an MSU co-captain as a senior.

Erica Shepherd Derryberry, softball, 1996-99; A native of Bartlesville, Okla., Erica Shepherd was a standout shortstop in a four-year starting career for the softball Bears of coach Holly Hesse. Her play was key as the Bears won Missouri Valley Conference Tournament titles and advanced to the NCAA tournament in both 1997 and 1998. Shepherd was a two-time All-MVC second team selection and three-time academic all-conference pick. She was named to the MVC All-Tournament team three times and earned CoSIDA Academic All-America laurels. Shepherd finished her playing days ranked third in MSU history in career runs batted in.