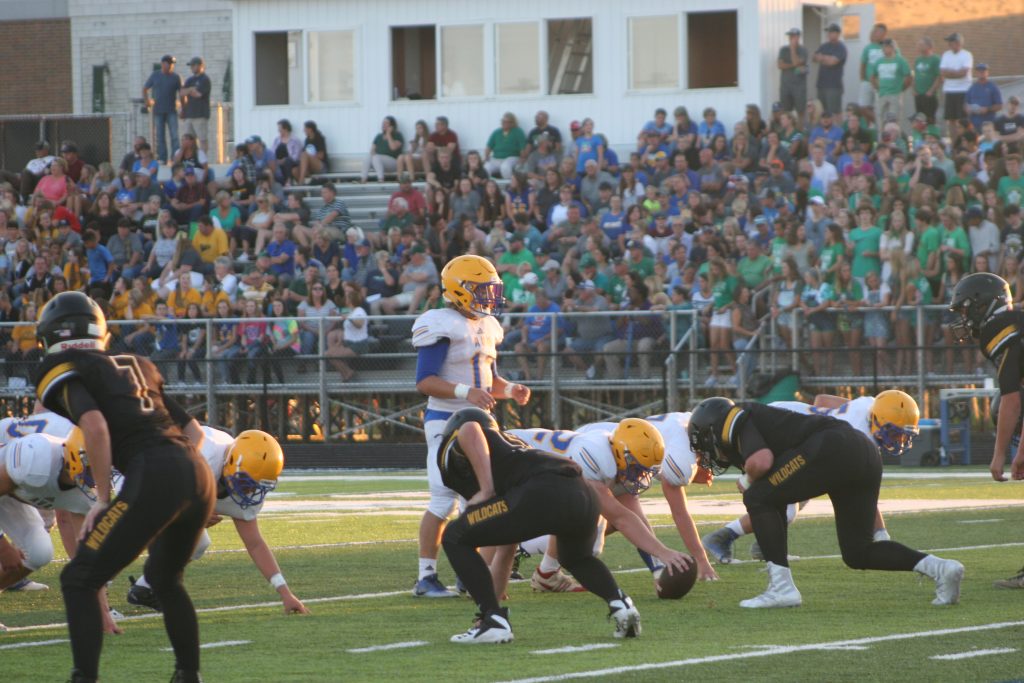 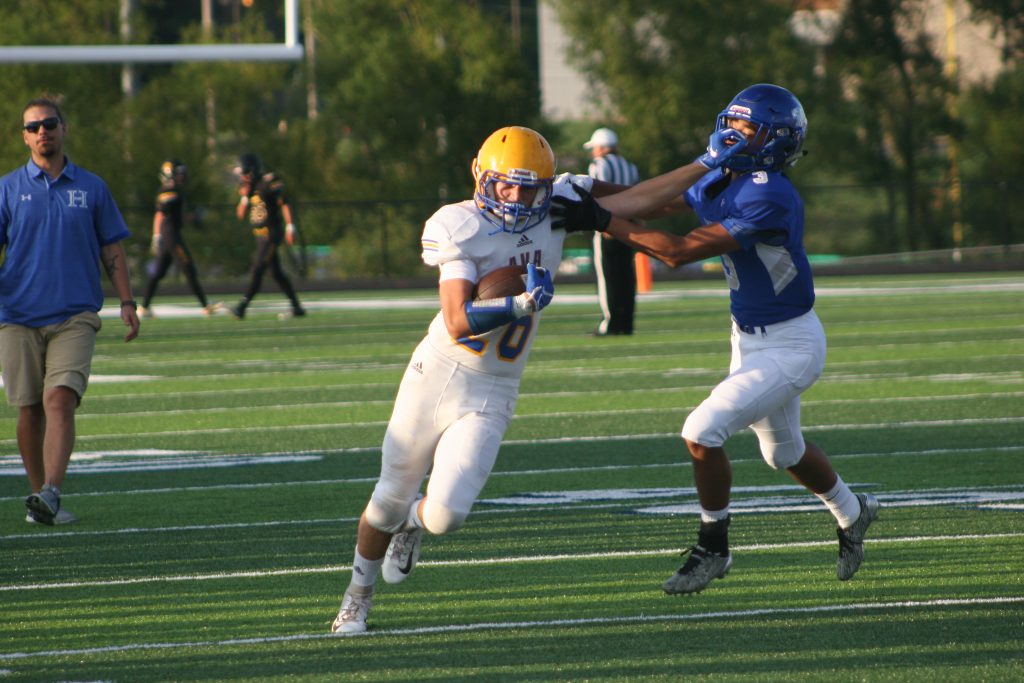 A player from Hollister gets a stiff left arm to the face as Ava takes part in a jamboree at Springfield Catholic High School last Friday evening.

After coming off an amazing 12 win season and falling short to the 6 time state Champion Lamar Tigers, you better believe that the Ava Bears football team and Head Coach Dan Swofford are ready for the season to begin. They have been working hard in the weight room and on the field, over the off season, and are ready to knock the dust off those helmets Friday night.

The season opener against coach Mark Jackson and his Buffalo Bison football team will be a good challenge to start with. Ava might be a little smaller team but make up greatly with speed.

Kayden Meyers, who’s coming off an amazing year in 2017, as an all-state linebacker, will once again be a big threat for those on the opposing side, playing both sides of the ball and coming in as fullback, will be opening the hole wide open for Steven Copeland.

Copeland, a record setter on the track, will be bringing his speed once again to the field to get some points on the board. Copeland suffered a minor sprain to his knee during the Evangel camp, the team attended back in July, and will be resting his knee this week while getting ready for game two of the season at Hallsville.

Also, in the backfield, Josh Bray and Nate Swofford will be great asset to the running game, as they showed Friday night at Catholic High School for the 2018 Jamboree.

Caleb Johnson, a three year starter, under center will be working the Ava Bears down the field. Johnson, after receiving district and conference awards, is expected to lead the offense to many wins this season.

With Kayden Meyers, Steven Copeland, Caleb Johnson returning to the field this year, you can bet Coach Dan Swofford and his staff will be relying on them and several returning starters, of the Ava Bears to make the big plays to put them on top.

Iveck Chittenden, returning starter as center, will be a key player on the line.  After losing most of the offensive and defensive line to graduating seniors, Chittenden will be there to step in and lead the new lineman.

The Bears will begin their first two games on the road this year, with their first appearance at home, on Friday, September 7 against the Mtn. Grove Panthers. This will also be the year’s first conference game.

This Ava team doesn’t have a lot of depth, but if they stay healthy they will be a very competitive team.

So, with the practices in, the long hours in the weight room, and time watching film, its time to bring out the cow bells and support your Ava Bears, as they kick off the season Friday night at Buffalo. 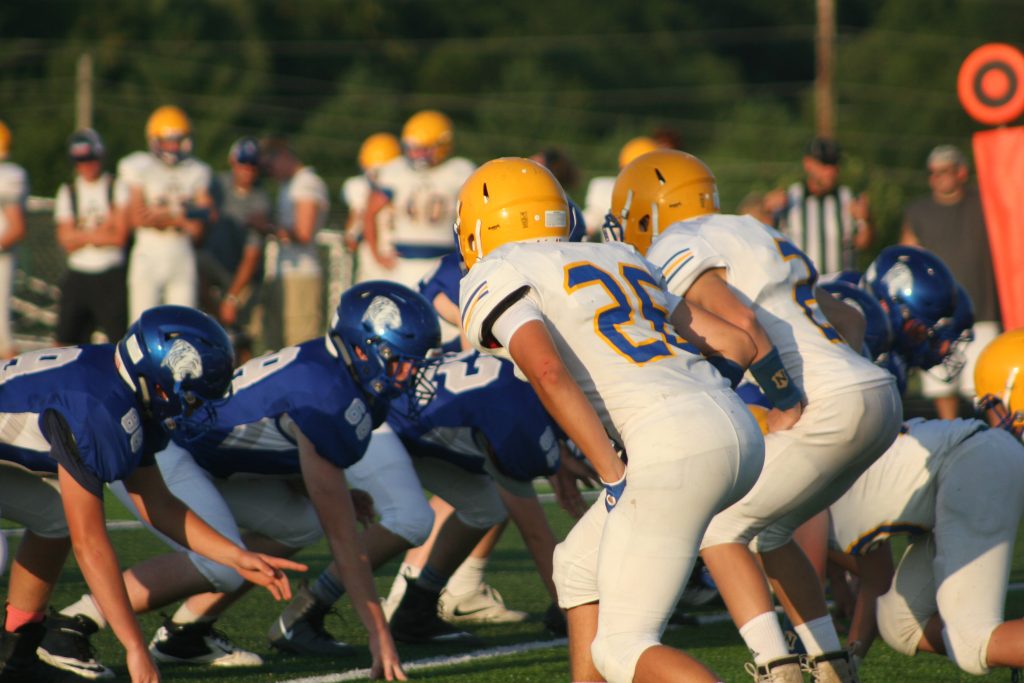 Lining up Ava awaits the snap as they take part in a jamboree last Friday evening at Springfield Catholic High School.