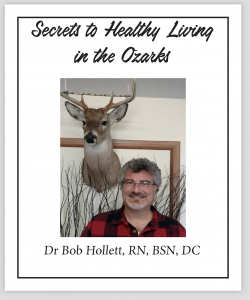 A study reported in the June 4, 2004, issue of the Journal of Clinical Endocrinology and Metabolism found that after a group of normal weight women ate a meal and then drank a beverage flavored with the amount of fructose found in two cans of soda, levels of two hormones – insulin and leptin – declined. These hormones help signal that we’ve had enough to eat.

What’s more, the fructose seemed to boost levels of the appetite-stimulating hormone ghrelin. No such effects occurred when the women drank glucose-sweetened beverages. Glucose does not exist in nature all by itself unfortunately.

The researchers theorized that the hormonal changes seen during the study could promote overeating and consequently, obesity.

Another study, conducted at Harvard, found that drinking more than one fructose sweetened soda daily seems to increase a woman’s chances of developing diabetes. This applies to men too!

Fructose sugar (the sugar found in high amounts in fruits and lesser amounts in plants. Corn is a fruit actually!) does not cause a large insulin response in most people so it stays in the blood longer, causing more problems!

Remember that soda and pop are not health drinks even if they are sugar free. Even fake sugar additives can have some of the same effects plus some are known carcinogens.

Focus on drink good O’L fashion water. Teas can be good too but no fructose sugar or fake sugar additives! If you just have to add some sweet to our drink, sparing amounts of real raw honey, real maple syrup, real unsulfured blackstrap molasses or stevia are healthier choices.

These are the Secrets to Living Healthy in the Ozarks.