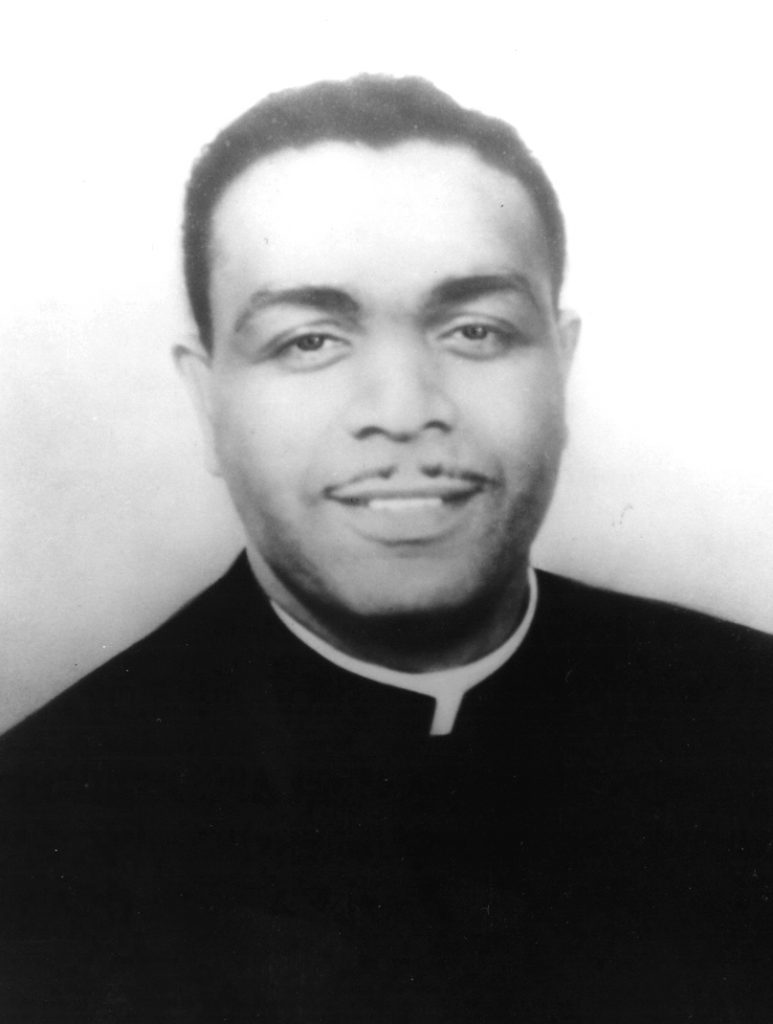 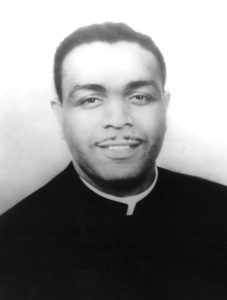 SPRINGFIELD, Mo., Aug. 6, 2018 — One of the daughters of the late Rev. Oliver Brown will join Springfield community leaders and Drury University officials on Aug. 19, as Drury hosts a special public event dedicated to the civil rights leader and local pastor who was the namesake of the landmark 1954 U.S. Supreme Court decision ending legal racial segregation in American schools.

“Celebrating the Legacy: Commemorating the 100th Birthday of Rev. Oliver Brown” will take place from 4 to 6 p.m. on Sunday, Aug. 19. The event will begin in the Central High School atrium with a series of speakers, including one of Brown’s daughters, Cheryl Brown Henderson. Brown Henderson is the founding president of the Brown Foundation for Educational Equity, Excellence and Research, which works to preserve the legacy of the Brown decision.

Following the program at CHS, the event will move one block south to Benton Avenue African Methodist Episcopal (A.M.E.) Church, where Brown was pastor from 1959 until his death at age 42 in 1961. A deconsecration ceremony will take place at that time, led by Rev. Dr. Karla Cooper of the A.M.E. Church, which will decommission the church as a sacred space. Drury University purchased the building in 2014 following the end of services there in 2013. The university intends to eventually honor Rev. Brown through re-use of the building as an academic and teaching space, and with new streetscape features along Central Street adjacent to the church.

Cheryl Brown Henderson said, “I am honored by this opportunity to represent my family as well as the attorneys, community activists and several hundred plaintiffs in the five cases consolidated by the U.S. Supreme Court under the heading of Brown v. Board of Education.  This is an opportunity to recognize the courage of ordinary people who would not be denied their constitutional rights.  Their efforts profoundly impacted the lives of every citizen and influenced human rights struggles around the world.”

Brown Henderson will speak during the program portion of the event held at Central High School. Central High also holds a connection to the Brown family. Linda Brown, Rev. Brown’s oldest daughter on whose behalf he joined the class action lawsuit in Topeka, Kansas, graduated from Central High in 1961.

“Drury is honored that Mrs. Brown Henderson will join us in this celebration,” Cloyd says. “We invite members of the Springfield community to join us in this occasion, too, as we recognize the legacy of both Rev. Brown and the Benton Avenue Church.”

A reception will be held at Carole Lambert Studios in Shewmaker Hall (directly behind the Benton Avenue Church) following the deconsecration ceremony.

Oliver Brown garnered his place in history by accepting an invitation to join an assembly of parents who would ultimately become plaintiffs for the Topeka NAACP legal challenge to segregated public schools. The case eventually was named for him: Oliver L. Brown et. al. vs. The Board of Education of Topeka, Kansas, et. al.

African American parents, including Oliver Brown, joined the suit citing that practice of assigning their children to schools based solely on race resulted in their having to travel great distances rather than attending schools nearby in their neighborhoods.

Brown’s work in the pursuit of racial equality and justice continued after he and his family moved to Springfield. He helped organize demonstrations and marches that brought about change in this area, and he led with dynamism from the pulpit. He died in 1961 at age 42.

The Benton Avenue A.M.E. Church was established in 1872 and was among Springfield’s oldest churches. The church played major role in serving the city’s thriving black community. The cornerstone of the current building was laid in 1922, and the building was named to the National Register of Historic Places in 2001. The church ceased operation in 2013 and the building was purchased by Drury University in 2014. Drury intends to use the building in a way that honors the history and culture of the church, including its ties to Rev. Oliver Brown, in service of its educational mission.

The church will be one of about 20 sites on the recently announced Springfield-Greene County African-American Heritage Trail, which will be signed with historic markers noting significant sites for black history and culture in the city.