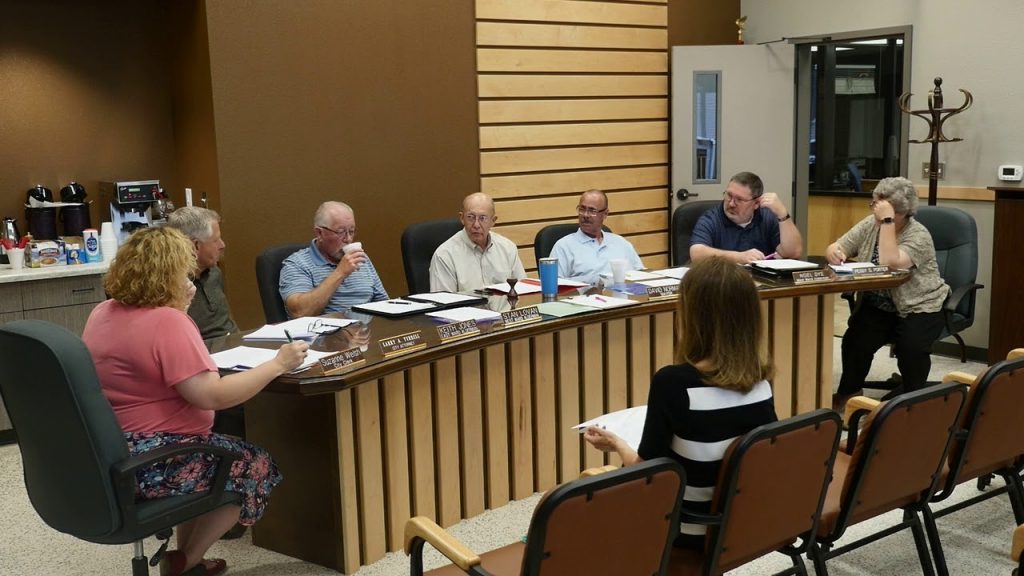 Mayor David Norman reviewed the proposed school resource officer contract with city councilmen Tuesday evening, as the original document had been changed to reflect editing revisions previously discussed between Ava R-I Superintendent Dr. Jason Dial, and city officials.  The contract stipulates the resource officer will work for the City of Ava, with hiring facilitated by the superintendent and chief of police.  A copy of the revised contract will be provided this week to Dr. Dial for his review.

In a 4-0 vote, councilmen approved a resolution amending the 2017-18 annual budget to correctly reflect the year’s spending and fund balances, a task that will bring the budget numbers into compliance for the year.  Administrative Director Peggy Porter noted some of the revisions include revising expenses, which includes items such as the street department grant that lapsed over into the next year. Adjustments must be made so the budget accurately reflects the year’s spending.

During closed session, the board hired a new officer for the Ava Police Department.  Ashley Breshears, presently of Clever, was hired by council in a 4-0 vote.  Breshears is presently working in Taney County as a dispatcher, but will relocate to Ava to start her new position with the police department.  She is a recent graduate of the academy in Springfield, Mo.

Councilmen also voted to raise the starting pay for police officers, bringing the entry level scale to $14 per hour which is comparable to local standards for most law enforcement agencies.

The Mayor reported maintenance on city properties and buildings has been underway over the past few weeks, with a new asphalt surface on the City Hall parking lot and painting upgrades to several buildings.  He noted the gazebo bannisters were recently repainted, along with several windowsills and overhangs at City Hall.  Norman advised the maintenance shed front was completely repainted, and holes where a sign used to be affixed were sealed and patched.  He noted several more improvements need to be addressed, especially at the maintenance shed building and many of those tasks will be handled by employees.  He said the city is presently running a request for bids in the Douglas County Herald for concrete work at the maintenance building as water is running in the front and back, and the problem needs to be addressed.

Video may be viewed on the Douglas County Herald website.

The Ava Board of Aldermen will reconvene on Tuesday, July 10, 5:00 p.m. at Ava City Hall.  Meetings are open to the public.