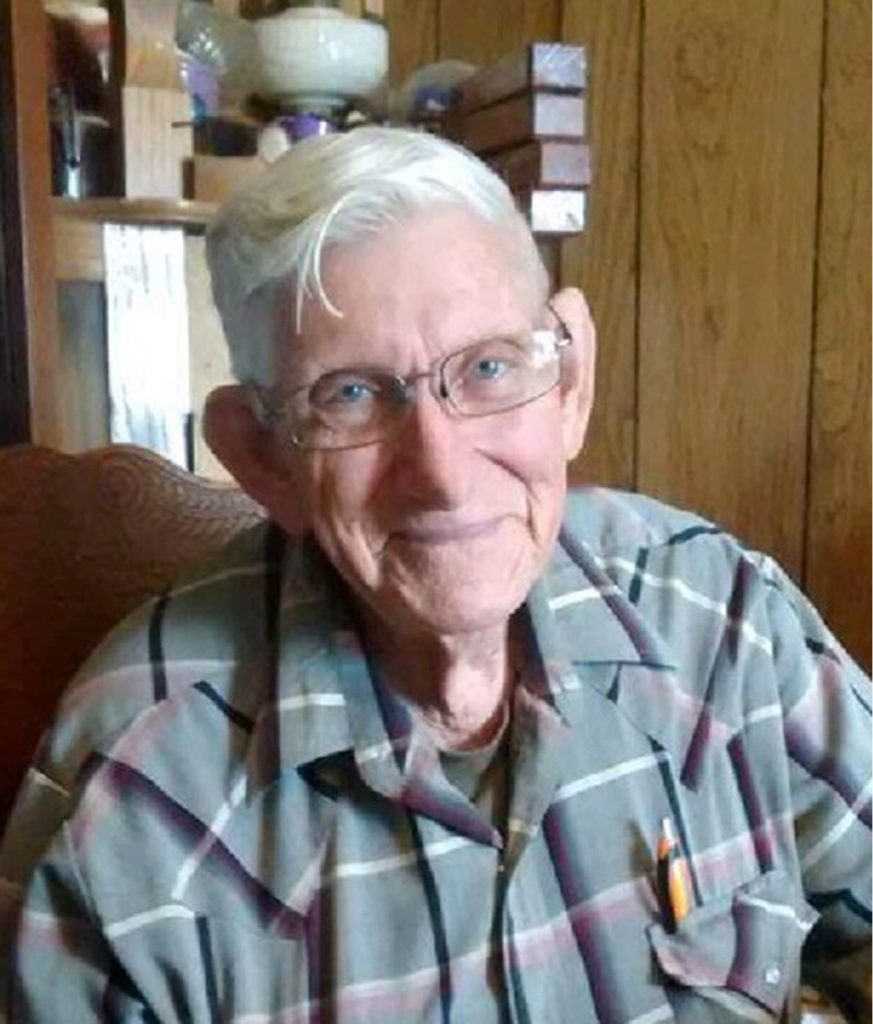 Bentley Doin Walker, son of the late Benjamin and Martha (Nance) Walker, was born Sept. 16, 1935 in Brixey, Mo., and went home to be with His Lord and Savior Sept. 10, 2017, at his home in Mountain Grove, Mo. He was 81 years, 11 months, 25 days of age.
Bentley grew up and attended school in Ozark County. He was drafted into the United States Army in 1958 and faithfully served his country until he was honorably discharged in 1960. Bentley continued to serve in the Reserves until July 1964.
Bentley was united in marriage to Inez Bramlet on July 23, 1958 at the Church of Christ of Mountain Grove. Four children were born to this union. Bentley was a mechanic who could fix anything he set his mind to. He was a “jack of all trades” laboring in various career fields throughout his life.
Bentley answered the call to preach the gospel and became an ordained minister with the Free Will Baptist Association on Oct. 29, 1983. Throughout his ministry he served as pastor at Number One Free Will Baptist, Union Chapel #2 Free Will Baptist, and Glendale Free Will Baptist churches. He also spent many Sundays filling in for numerous churches in the surrounding communities. Bentley had a great burden for the lost and made his calling into the Lord’s ministry his passion in life.
Bentley was a very jolly soul who knew no strangers. He enjoyed talking with friends and neighbors. He loved spending time with his family, especially his grandchildren and great-grandchildren. Bentley also enjoyed taking care of things on the farm, tending to his animals, riding horses, camping, fishing, and roasting hotdogs over a fire. He could often be seen with a cup of coffee in his hand.
Besides his parents, Bentley was preceded in death by one brother, Verl Walker; and four sisters, Ella Gayer, Laura Everson, Esther Richmond, and Opha Nettleton.
He is survived by his loving wife of 59 years, Inez Walker of the home; two sons, Ben Walker and wife, Regina, of Mountain Grove, and Reggie Walker and wife, Deloris, of Mountain Grove; two daughters, Carol Hopper and husband, Danny, of Norwood, and Annette Letsinger of Mountain Grove; 17 grandchildren, Erica Sartor, Christi Stillwell, Casey Sarter, Kelsey Eastland, Jeremy Hopper, Jessica Maners, Levi Hopper, Chelsea Allen, Dustin Walker, Ashley Walker, Larrisa Saladin, DeOnna Walker, Haylea Walker, Dawn Walker, Zoey Walker, Joshua Walker, and Jinger Walker; 37 great-grandchildren; a special nephew, Doin Walker; and many other relatives and friends who will miss him greatly.
Visitation for Bentley Walker was held Wednesday, Sept. 13, 2017 from 6 to 8 p.m. at Craig-Hurtt Funeral Home, Mtn. Grove. Funeral services will be Thursday, Sept. 14, 2017 at 2 p.m., also at the funeral home with Ben Walker and Jeremy Hopper officiating. Dustin Walker, Casey Sator, Levi Hopper, Doin Walker, Reggie Walker, Danny Hopper, and Joshua Walker will serve as pallbearers. Adam Hopper and Dakota Walker will serve as honorary pallbearers. Song selections are “Beulah Land”, “In The Garden”, and “Farside Banks Of Jordan” rendered by Courtney Stout. Burial will be in Hillcrest Cemetery with full military honors under the direction of Craig-Hurtt Funeral Home, Mountain Grove.
Online condolences: www.craig hurttfuneralhome.com.