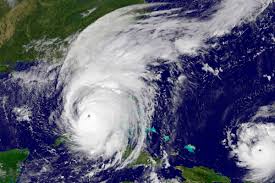 By Dr. Glenn Mollette
Houston and the Texas Gulf Coast are devastated. Never has an area been so blasted by so much rainfall in such a short amount of time. Houston has received more rainfall than other city across the United States receives in one entire year. So far over 51 inches of rain has fallen with more rainfall to come. Everyone in America and much of the world with a Television or computer knows about the suffering of Houston. Our prayers go out to them as well as our financial support, our manpower and anything we can do to help the millions of people who are homeless and suffering.
Experts are predicting Hurricane Harvey will cost the economy 25 – 30 billion dollars because of the rain. Most of Houston is closed down due to the storm. The oil and gas industry and thousands of jobs tied to other manufacturing such as the food service giant Sysco are closed. The Port of Houston, several hospitals and both major airports are closed.
Essentially the fifth largest economy in the United States is at a dead stop.
The infrastructure damage to Houston will be in the billions. Reports have come from all the national media outlets on the significant number of people in Houston who do not have flood insurance. Thousands of homes will either be impossible to salvage or will cost upwards of `12-15 billions of dollars to repair according to reports.
Oil refineries on the Gulf of Mexico make up nearly half of the nation’s refining capacity. If these refineries are flooded they will be difficult to repair and there will be extensive gasoline shortages in our country. We are already seeing prices go up at the pump and thus our entire economy will be impacted.
Most of us will know of someone directly impacted by Hurricane Harvey. At this moment my wife’s aunt and husband are still in their house in Houston and they are not flooded which is a miracle I think. Several times a day we have text messaged or called to see how they are doing. Once her aunt face timed their neighborhood to prove to us that water had not gotten to them yet.
Most likely the number of dead bodies will not be really known until days and maybe even weeks after Houstonians are into their cleanup.
While the devastation of Houston is like a very scary movie it’s nothing like what we would face if one nuclear bomb fell on an American City similar to Houston. The loss of life, housing, industry and infrastructure would be far greater. Houston will be repaired and houses will be rebuilt. Rebuilding after a nuclear bomb would be a different story. Such a horrific act would create suffering across our nation like we have never felt before.
Houston is hurting and Americans are pulling together from non-profits, churches and helping hands from across America.
Once again it will be proven that the heart of America is helping each other. Americans do care about each other and want the best for our towns and our country. Media lately has been highlighting all the tension between a few groups of people and hatred displayed by these groups. The vast majority of Americans may disagree and argue quite a bit. However, while Hurricane Harvey Hurts our country, it will demonstrate once again that the majority of Americans want the very best for each other. We will pull together for Houston and the other neighboring towns. This is one reason why we are still The United States of America and the greatest country of all.
–––––
Glenn Mollette is a syndicated columnist and author of twelve books. He is read in all fifty states – his new book is Uncommon Sense.
Contact him at GMollette@aol.com. Learn more at www.glennmollette.com