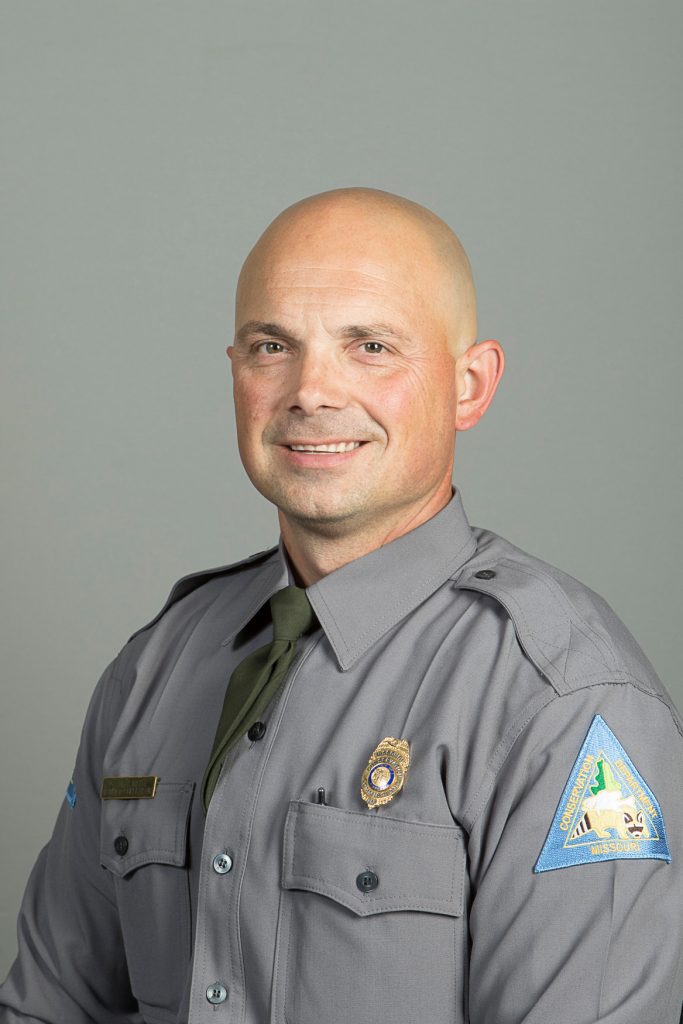 Gerald Smith has spent the better part of two decades enforcing Missouri’s fish, forest and wildlife regulations in the Ozarks, a place where he grew up and where the foundation of his love and respect for the outdoors began.
Smith, a native of Alton, Mo., has been named the Missouri Department of Conservation’s (MDC) Ozark Regional Protection Supervisor. He will supervise agents in the 12 counties that make-up the MDC Ozark Region.
Smith began his duties on Aug. 16 and will replace Gary Cravens, who is retiring.
The graduate of Alton High School, and then Southwest Missouri State University (now Missouri State University) in 1993 spent the first part of his career with MDC doing research projects on wild turkey and deer, followed by two years as a Wildlife Management Biologist in the private sector. In July of 1999 he was accepted into the MDC Agent Training Academy. Upon his graduation, in January of 2000 from the Agent Training Academy he was assigned as conservation agent in Carter County.
In May of 2003 he laterally transferred to conservation agent in Howell, Oregon, and Douglas counties. Since May of 2007 he has held the position of Protection District Supervisor for Carter, Ripley, Oregon, and Howell counties.
Still today, in his past-time Smith enjoys the same love of the outdoors, especially in the Ozarks where he grew up. One of his greatest passions is being able to pass on the knowledge, appreciation, and experiences of the outdoors that he grew up enjoying to his own children.
“The Ozarks of Missouri hold some of the most beautiful natural areas and diverse outdoor opportunities in the state,” he said. “The Department has a rich history of success with conservation efforts throughout Missouri. Through public trust, relationships, education, and enforcement efforts conservation has an even brighter future. I look forward to serving the Department, and the public as the Ozark Regional Protection Supervisor.”
Smith can be reached at the MDC’s Ozark Regional Office in West Plains at 417-256-7161 or Gerald.smith@mdc.mo.gov. Individuals are reminded that game law violations can also be reported to the Operation Game Thief Hotline, 1-800-392-1111.