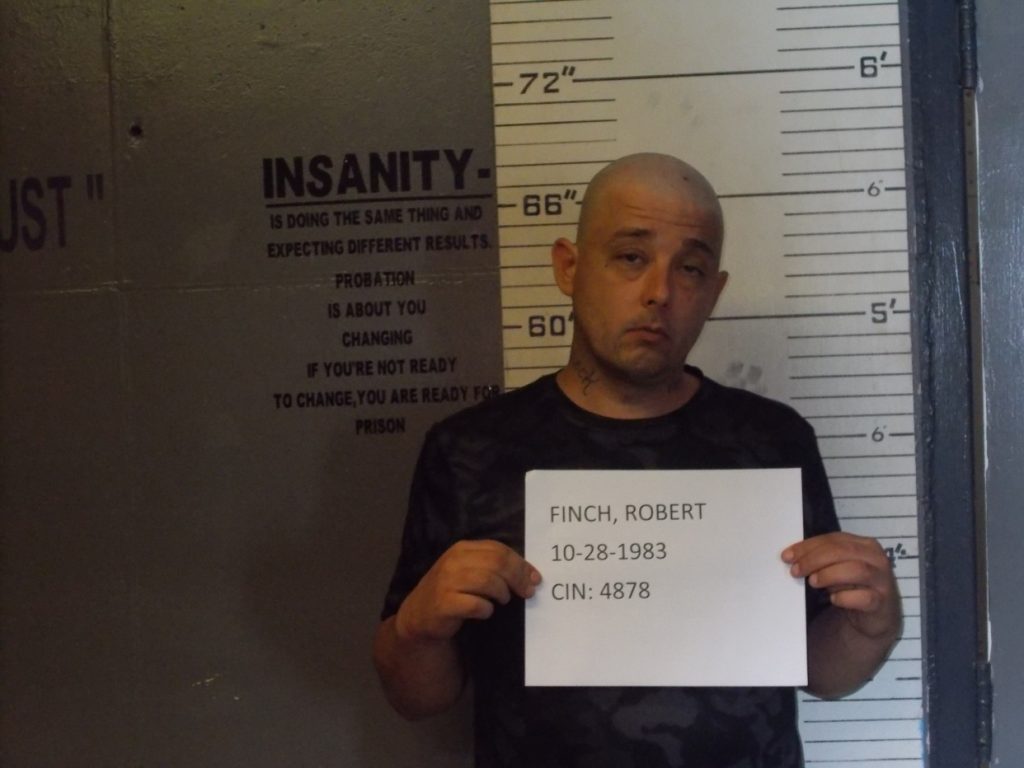 Local authorities took a Mtn. Grove man into custody last Friday morning after a lengthy stand-off on County Road 146.
The Douglas County Sheriff’s Office received information that Robert Finch, 34, a parole absconder who had cut his GPS monitor off, was residing in a residence south of Mtn. Grove in Douglas County.
Officers from Douglas, Ozark and Wright counties surrounded the residence and attempted negotiations, but the suspect was unresponsive to any of them. After 3 1/2 hours and deployment of multiple cans of gas into the residence, Finch surrendered and was taken into custody.
Charges are pending in Douglas County.
In 2013, Finch was involved in a manhunt that began in Arkansas and continued into Ozark County where he stole a vehicle and a firearm. The manhunt was concluded in Wright County where he sustained a self-inflicted gunshot wound before being taken into custody.
Finch was subsequently sentenced to prison and had been released on probation and parole.
He was not complying with conditions of his probation and was placed under house arrest with an ankle monitor.
Finch had cut his monitor off and absconded, which led to his arrest on Aug. 18 in Douglas County.