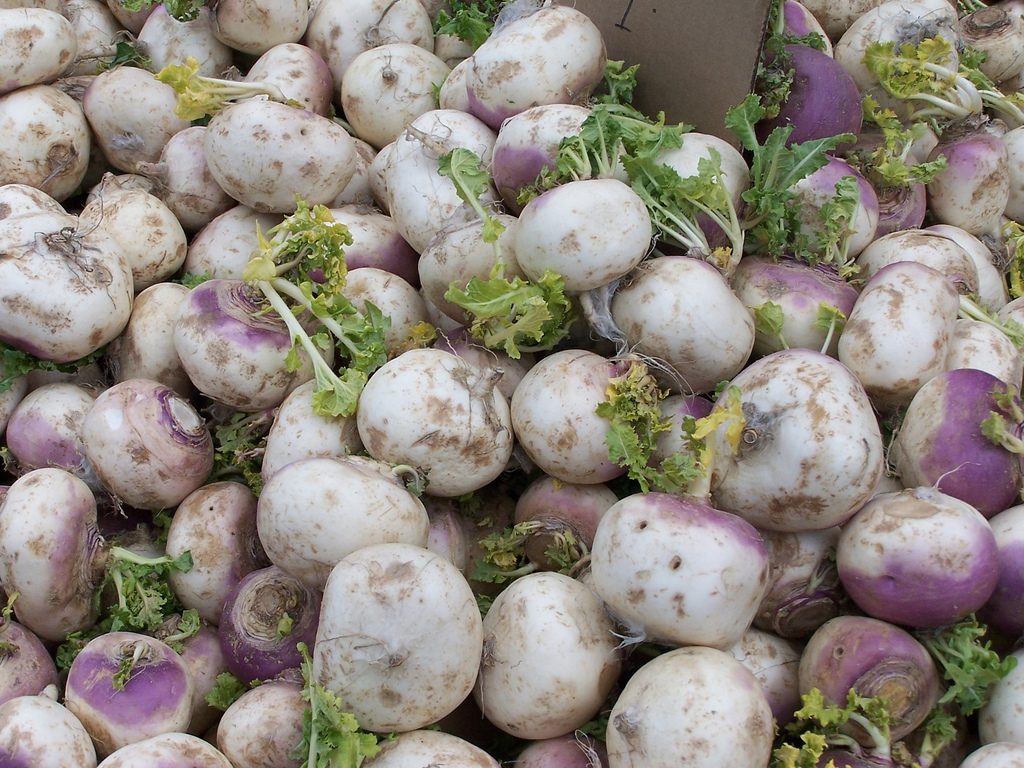 COLUMBIA – An old Missouri saying advises, “On the 25th of July, sow your turnips, wet or dry,” said University of Missouri Extension horticulturist David Trinklein. This adage sprang into the national spotlight during Harry S. Truman’s presidency. “Evidently, the congressional session of 1948 was a particularly rancorous one, with the GOP-dominated Congress refusing to pass any of President Truman’s initiatives,” said Trinklein. Truman called a special session to begin on “what we in Missouri call Turnip Day—July 25.” The tactic failed when Congress refused to pass any of Truman’s initiatives during the Turnip Day Session (which actually began July 26). However, it reminded the public that late July is a good time to plant turnips in Missouri. Turnip has been grown since prehistoric times. It was a common crop during Greek and Roman eras. Roman naturalist and philosopher Pliny the Elder called it “animal fodder.” Members of the upper class turned up their noses at the food of animals and poor people. By the 18th century, turnip grew throughout Europe’s cooler climes as an integral part of its food chain and culture. French explorer Jacques Cartier gets credit for bringing turnip to America in 1541. Colonists grew it in Virginia as early as 1609. Native Americans grew it widely. Gardeners grow it for its edible storage root and leaves. The biennial plant grows and enlarges its root during the first year. During its second year, it flowers, bears seeds and dies. Turnip prefers cooler weather, Trinklein said. Heat makes turnip roots fibrous and pungent. Gardeners often plant turnip as a succession crop. It also makes a good companion for corn. Like most root crops, turnip prefers light soils. Heavy clay soils slow root growth and cause poorly shaped roots. Fertilize turnip in its early stages. Apply 1 pound of 5-10-5 garden fertilizer for each 100 square feet of soil, Trinklein said. Additional fertilizer may not be needed if turnip is planted in the garden following a crop that did well. “In this sense, turnip is a good ‘cleanup’ crop to make full use of fertilizer applied to the garden during a growing season,” Trinklein said. Broadcast turnip seeds over soil or plant in rows 12-15 inches apart. Lightly cover seeds with soil. “If seeds are broadcast over the soil’s surface, a light raking after planting usually is sufficient to cover them,” he said. Water lightly until seeds germinate. Crop rotation helps prevent common pest and disease problems. Harvesting and storage of turnip varies. Some gardeners pull leaves and roots when roots are about 2 inches in diameter, then bind them in a bunch. If harvesting for roots only, wait until the roots are at least 3 inches in diameter. Turnip can withstand freezing temperatures. However, harvest before soil freezes to avoid cracks and decay, Trinklein said. Store turnip roots at temperatures slightly above freezing (32-35 F) in refrigerators, if space is available. Consider an unheated basement or outdoor pit for large amounts. To bury outdoors, put turnips in a waterproof container placed in a slanted position. Put the lid on lightly to allow air to circulate. Cover with straw and a thin layer of soil. Several turnip varieties grow well in Missouri. Purple Top White Globe forms a root shaped like a flattened globe with a purple top and creamy-white interior. It produces edible 4-inch roots about 60 days after seeding. Tokyo Cross is a faster-maturing variety that produces 2-inch roots in 30 days. Another Missouri favorite, Golden Ball, needs 70 days to produce golden-yellow roots that are sweet and flavorful.