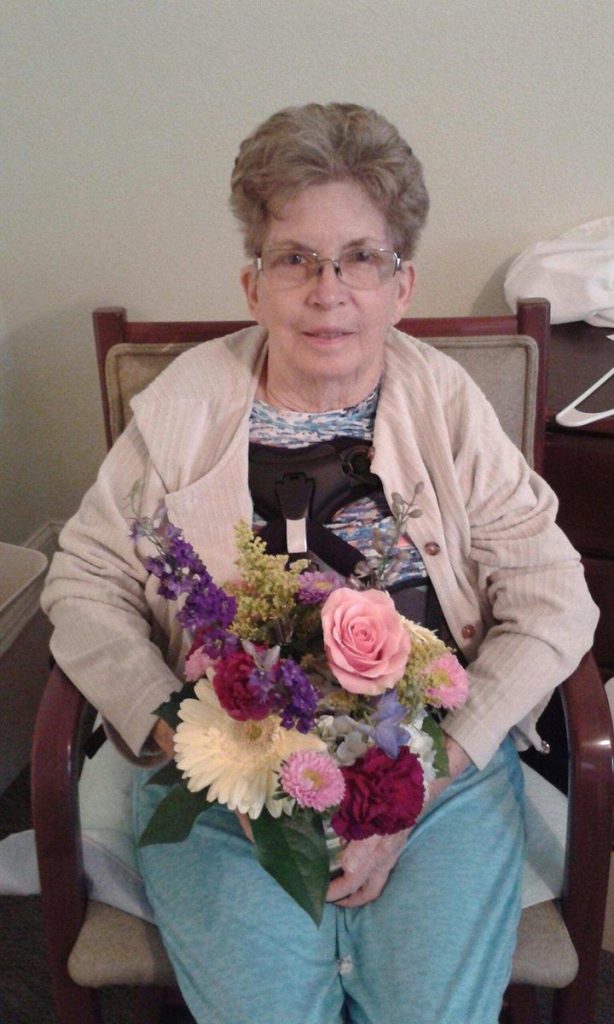 Nadine Letsinger was gently lifted by angel’s arms to her eternal life Wednesday, July 12, 2017 from Mercy Healthcare Springfield, Mo. On Sept. 21, 1933, she began her earthly life the daughter of OK and Gladys (Davis) Welton near Ava, Mo. On July 22, 1950, she married C.M. Letsinger and for almost 67 years she worked by his side on the farm. She was devoted to her family and taking care of them. She worked untiringly to provide for them. She seemed to always be busy. She was a fabulous cook. Her table was always overflowing with great food. Her homemade bread and apple butter were special family favorites. She was an avid gardener. Her “green thumb” grew beautiful flowers and bountiful crops of vegetables. Her garden thrived on watering, often from the sweat of her brow, tender weeding, and sometimes the addition of good farm fertilizer. A trip to her basement revealed row after row of jars of just about every vegetable and fruit you can produce in the Ozarks. The freezer held an abundance of food. She was generous with the results of her labor, often sharing her vegetables with others. It was almost as if she were growing food for the whole area. She appreciated God’s beauty in nature, especially in all the flowers she grew. Her home was a place of peace, beauty, and bounty. For countless numbers of young students in the Ava School system Nadine was known as Mrs Letsinger the school nurse. Her quiet, gentle way of dealing with the students often solved their problems and their “ouches” with a smile or a pat on the back. She was a compassionate listener to young people who considered her their special friend. She was preceded in death by her parents; and her sister, LaVern. She is survived by her beloved husband, C.M. Letsinger; her children, Nita Puchta (Ken) and Chris Letsinger. She is also survived by two grandchildren, Chad and Amy; and six great-grandchildren; as well as one brother-in-law, Robert Cuninng-ham. She will be deeply missed by her nieces, nephews, and many friends. Funeral services were conducted Saturday, July 15, 2017 at 11 a.m. in the Ava Family Funeral Home Chapel with a visitation hosted from 10 a.m. until service time in the funeral home. Following the service Nadine was laid to rest in the Turkey Creek Cemetery near Ava, Mo.