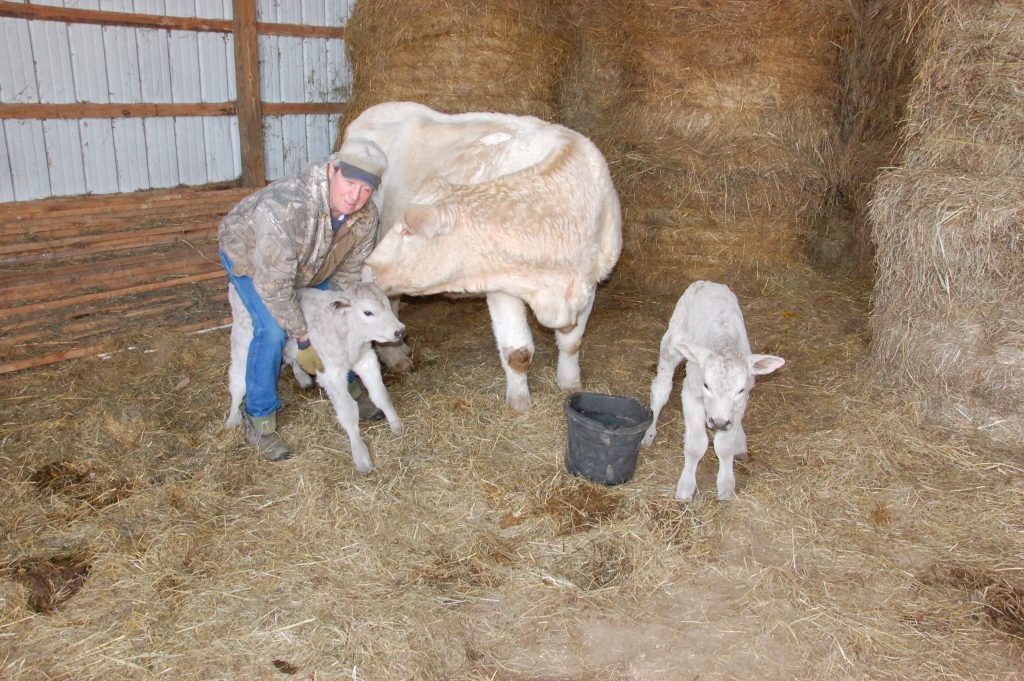 Robert Snyder is holding one of the twin calves born to this Charolais cow on Thursday last week. The calf at left is a heifer; the one on the right is a bull.

Twin births in beef cattle is rare, but not unheard of. But Robert Snyder of rural Ava is trying to beat the odds at the cattle market. Snyder scored a double double last week when two of his cows had twins on consecutive days.

Both births were sired by the same Angus herd bull.

A black whitefaced momma cow produced two black calves – one male, one female – on Wednesday. Then, the following day, an 8-year-old Charolais produced two white calves, also one heifer and one bull.

Although they were born during last week’s icy weather, all four calves are doing well.

Snyder and his wife, Shawna, run a herd of about 60 cows on their farm located off County Road 425 in the Smallett area south of Ava.