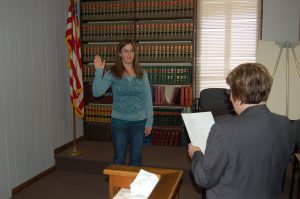 In the photo at left, County Clerk Karry Davis, re-elected in November, is being sworn in by Associate Circuit Judge Elizabeth Bock.