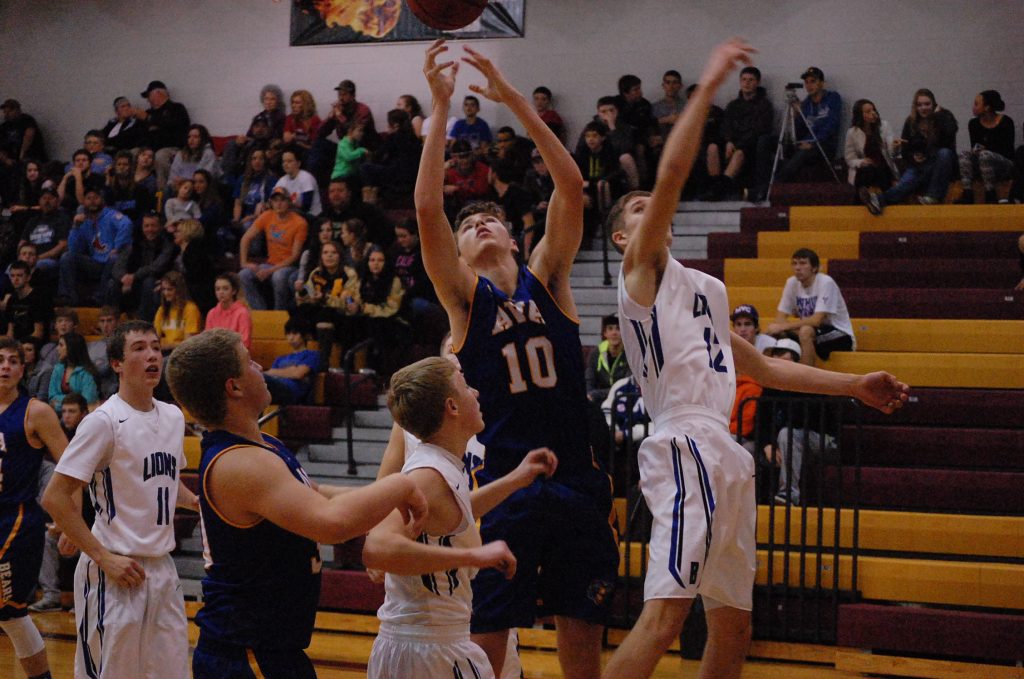 If Ava’s first year coach Scott Payne didn’t know it before, he knows now: it’s hard to beat Hartville at home.
The Bears were humbled by an 81-58 loss at the hands of the Eagles in Hartville Tuesday night.
The Bears fell to 2-4 on the season, but have faced some of the toughest competition on their schedule early in the season.
The Bears lost two games in the Mansfield Tournament, falling to Gainesville in the semifinals, 86-42, then losing to Bakersfield on Saturday night, 72-61.
The Bears trailed Gainesville 58-21 at halftime on Thursday night. The Bulldogs were led by 27 points from Thomas Ritter as Gainesville went on to repeat as champions of the tournament, defeating Mansfield in the finals on Saturday.
Anthony Rosas and Chase Gastineau each had 11 points for the Bears. Morgan Smith added 8, Nick Sterling 4, Shannon Porter 4, John Luebbering 2 and Nate Bray 2.
In the meantime, the Bears took on Bakersfield in the battle for third place on Saturday, and after falling behind in the first quarter were never able to overcome that deficit and lost 72-61.
The Bears trailed Bakersfield 20-10 after one quarter. The Lions pulled ahead 44-28 at halftime, but the Bears closed the margin to 10, 53-43, after three quarters.
Gastineau led Ava with 23 points and Rosas added 20. Wyatt Summers had 31 points for Bakersfield.
Others scoring for Ava were Sterling 9, Bray 4, Porter 3 and Luebbering 2.
Hartville jumped out to a 33-9 lead at the end of the first quarter Tuesday night and never looked back.
After trailing 53-24 at halftime, the Bears closed the margin to 62-42 after three quarters of play but the deficit was too much to overcome.
Ava’s 6’5″ sophomore center Rosas was tagged for three fouls in the first quarter when Ava fouls outnumbered the Eagles’ by 10-1.
With the win over Ava, Hartville improved its record to 6-0 on the season.
Gastineau led the Bears with 14 points and Porter added 13. Rosas finished with 9 points, Colton Skyles 6, Sterling 6, Zach Hunsaker 4, Smith 3 and Luebbering 2.
The Bears will host the Reeds Spring Wolves in non-conference action Friday night, with three games, beginning with the freshmen at 5 o’clock.
After the Christmas holiday, the Bears will play Ozark, the top seed in the Gold Division, at the Blue & Gold Tournament on Dec. 26.
Ava and Ozark will square off at 11 a.m. in Missouri State University’s JQH Arena.