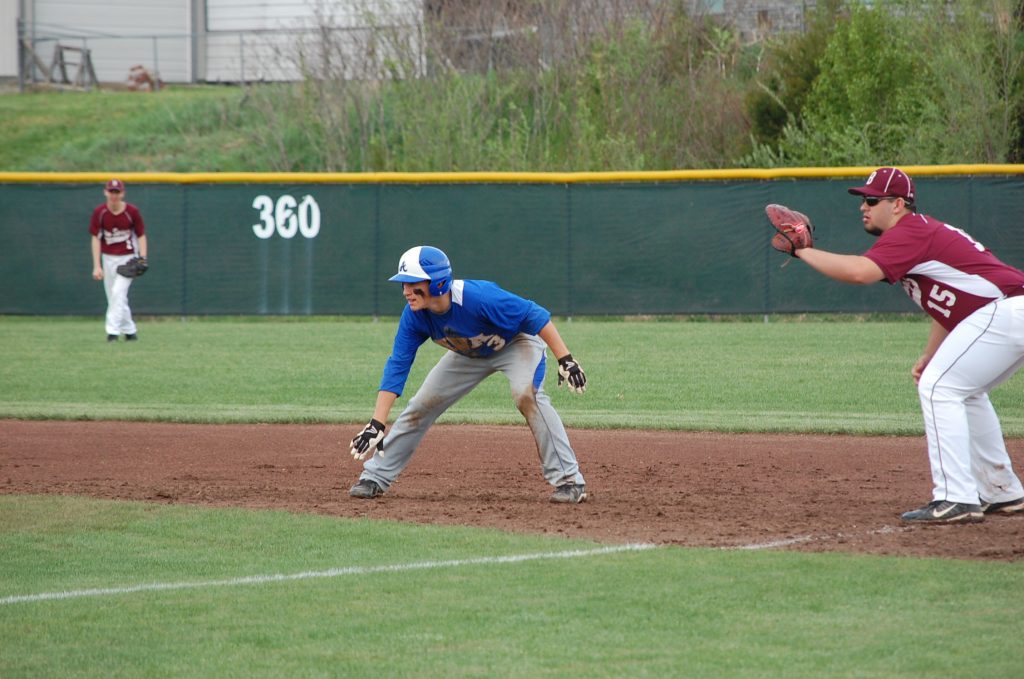 The Ava High School Baseball Bears remain undefeated on the year after picking up two conference wins last week over SCA rivals Mtn. Grove and Willow Springs.  Both games were played at Ava’s Kerr Field.
The Bears will play at Rogersville today (Thursday), and next Monday will have the rare opportunity to play the Forsyth Panthers at Hammons Field in Springfield. Ava will be the home team at the game that will follow a game between the Springfield Cardinals and the Tulsa Drillers.
Coach Rex Sawyer said Monday’s game will start about 20 minutes after the Minor League game ends, and should begin around 2 or 2:30. To see the high school game, fans will need to purchase a ticket for the Cardinals game that begins at 11 a.m.
Ava baseball players have been selling tickets for $7 each, with a dollar from each ticket going to the Ava program. For ticket information you may contact Coach Sawyer at Ava High School.
Coach Sawyer said tickets will be available at the Cardinals’ box office for $6 each.
Mtn. Grove was here on Wednesday last week for a game that was rained out on April 21. The Bears slipped by with a 9-8 win over the Panthers behind the pitching performance of senior Ben Loge who picked up his fifth win of the year.
On Thursday, the Bears hosted the Bears of Willow Springs and took the 15-0 win in four innings.
The Mtn. Grove game was a back and forth battle that saw both teams hitting the ball hard, which may also account for four fielding errors by each team.
The Bears took a 2-0 lead in the first inning and Mtn. Grove tied it up in the top of the third. The Panthers scored three more in the top of the fourth for a 5-2 lead, but the Bears retaliated with six runs in the bottom half of the inning to regain the lead at 8-5. The Panthers picked up two more runs in the top of the fifth, then got another in the top of the seventh inning to tie the game at 8-all, and the Bears scored in the bottom half of the inning to claim the conference win.
Cooper Emerich and Ben Loge each had two hits for Ava and drove in three runs apiece for the Bears. Morgan Smith also had two hits and scored a run, and Zach Hunsaker had two hits for the Bears.
Loge allowed four hits and walked three batters, and also hit a batter, while also striking out eight.
Emerich scored two runs for the Bears.
Hunsaker pitched for Ava on Thursday and got the shutout win, allowing five scattered hits by Willow Springs. Hunsaker struck out three batters and walked one.
Chance  Boyd was 3-for-3 at the plate with three runs scored and one run batted in. Emerich, Loge, Shannon Porter, Cody Huff, and Morgan Smith each had two hits on the day. Loge had two doubles, drove in two runs and scored twice. Emerich, Huff and Smith each had one double, and Smith and Chase Gastineau, 1-for-3 with a double, each drove in three runs for Ava.
The Bears scored four runs in the first inning, seven in the second, added one in the third and finished out the contest with three runs in the bottom of the fourth to implement the 15-run rule.
After a rain-out on Monday of this week, the Bears were hosting Thayer Wednesday afternoon in SCA play. The game was also senior night, with Coach Sawyer’s four senior players being recognized before the start of the game.
Senior players include Boyd, Emerich, Loge, and Brett Vinson who is just returning to the team after an injury at the start of the season.
Following the Forsyth game in Springfield on Monday, the Bears will play at Gainesville on Tuesday.
The Bears will travel to Houston on Wednesday, May 7, for a game that was rained out previously, and will wind up the SCA schedule.
Ava will play in the Ash Grove Tournament May 10-13, and will begin district play on May 17.
Ava will host the Class 3 District 10 tournament that includes Ava, Houston, Mtn. View-Liberty, Mtn. Grove, Springfield Catholic, Strafford and Willow Springs.