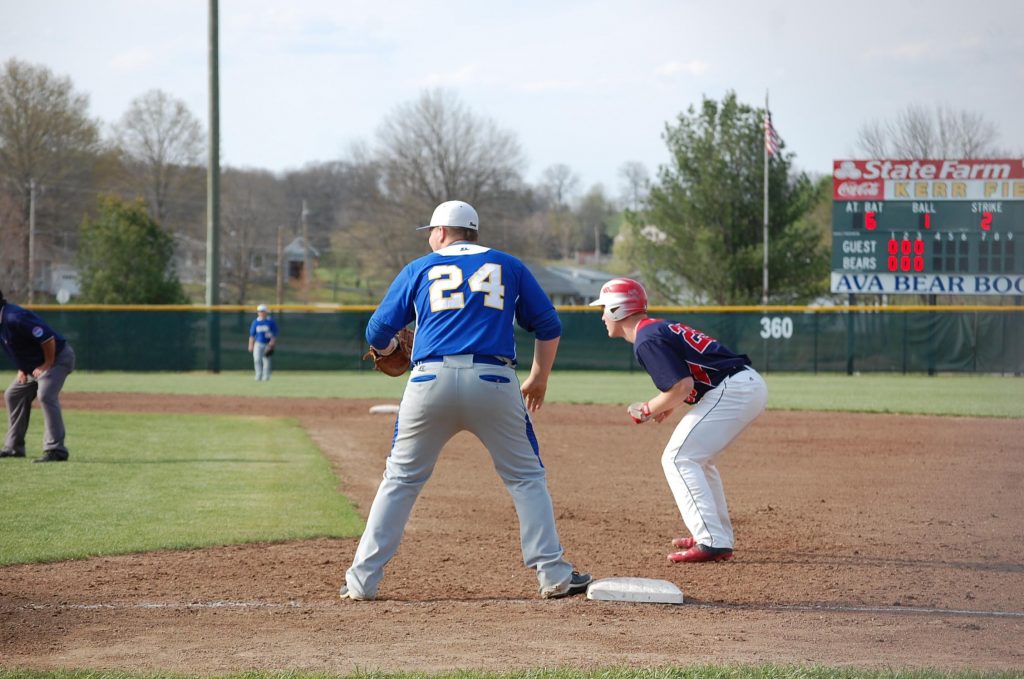 Ava’s Ben Loge and Mtn. View-Liberty’s Zane Cornman hooked up in a pitchers’ duel here last Thursday afternoon that resulted in a 1-0 SCA win for the Ava Bears.
The only run of the game came in the bottom of the fifth inning when Caleb McFarlin scored on a single by Shannon Porter.
McFarlin was a designated runner for Loge.
Ava had just three hits in the game and Liberty got four hits off Loge.
Cornman struck out seven Ava batters but also gave up seven walks. Loge recorded nine strikouts and walked no one.
Ava shortstop Chase Gastineau was 1-for-2 at the plate with a double and also reached base on a walk.
Chance Boyd and Porter also had hits for Ava.
The Bears were scheduled to play Mtn. Grove here on Monday afternoon but that game was postponed because of rain. The Bears and Panthers were playing that game Wednesday evening at Kerr Field.
The Houston game that was rained out on April 7 has been rescheduled for next Tuesday, April 29. It will be a varsity game only, beginning at 4:30 at Houston.
The Bears are hosting Willow Springs in SCA play today (Thursday) at 4:30 and will have Thayer here in conference action Monday, April 28.
Ava was 8-0 on the year going into Wednesday’s game with Mtn. Grove.
Ava’s junior varsity will be playing this Saturday in a Houston JV Tournament.