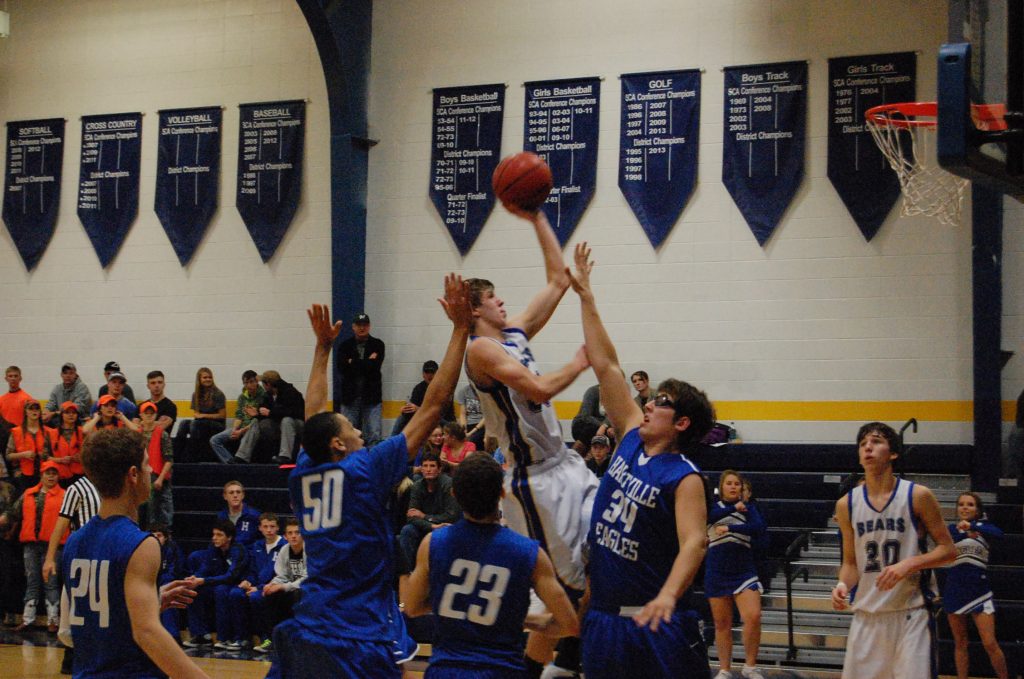 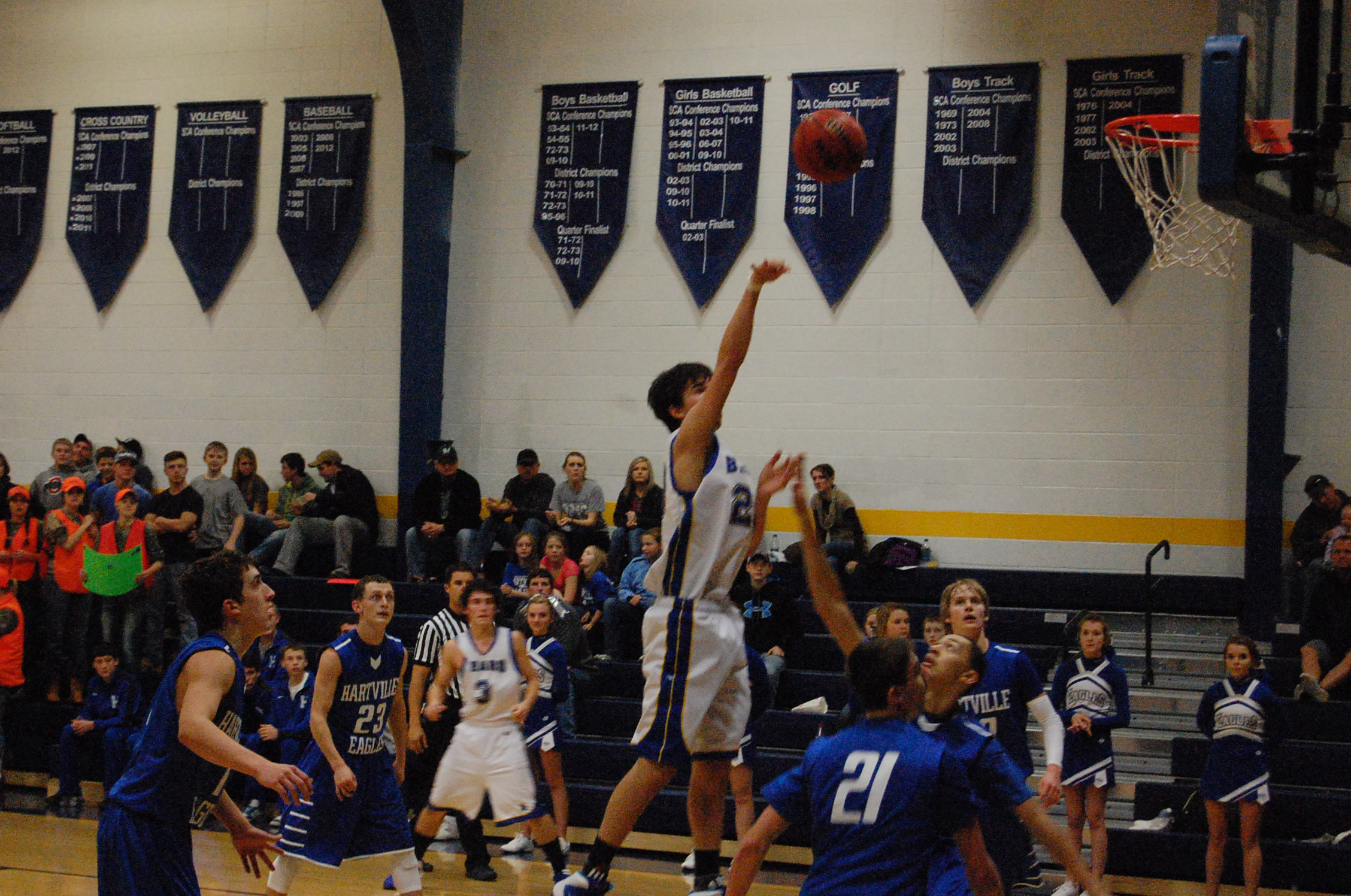 Hartville remains undefeated on the year after taking a 64-58 win from the Ava Bears in the home opener here Tuesday night.

Ava held the lead into the third period but Hartville continued to chip away at it. Ava held a narrow 31-30 lead at the half, and after three quarters the score was tied at 44-all.

Tristan Haltom hit two free throws after time expired in the first quarter to give Ava a 3-point margin.

Brandon Guengerich led the Bears with 15 points and Haltom and Ben Loge had 13 points each. Cooper Emerich knocked down three 3-point baskets to finish with 12 points on the night.

Seth Dobbs had four points for the Bears and Colton Akers had one free throw to complete Ava’s scoring. 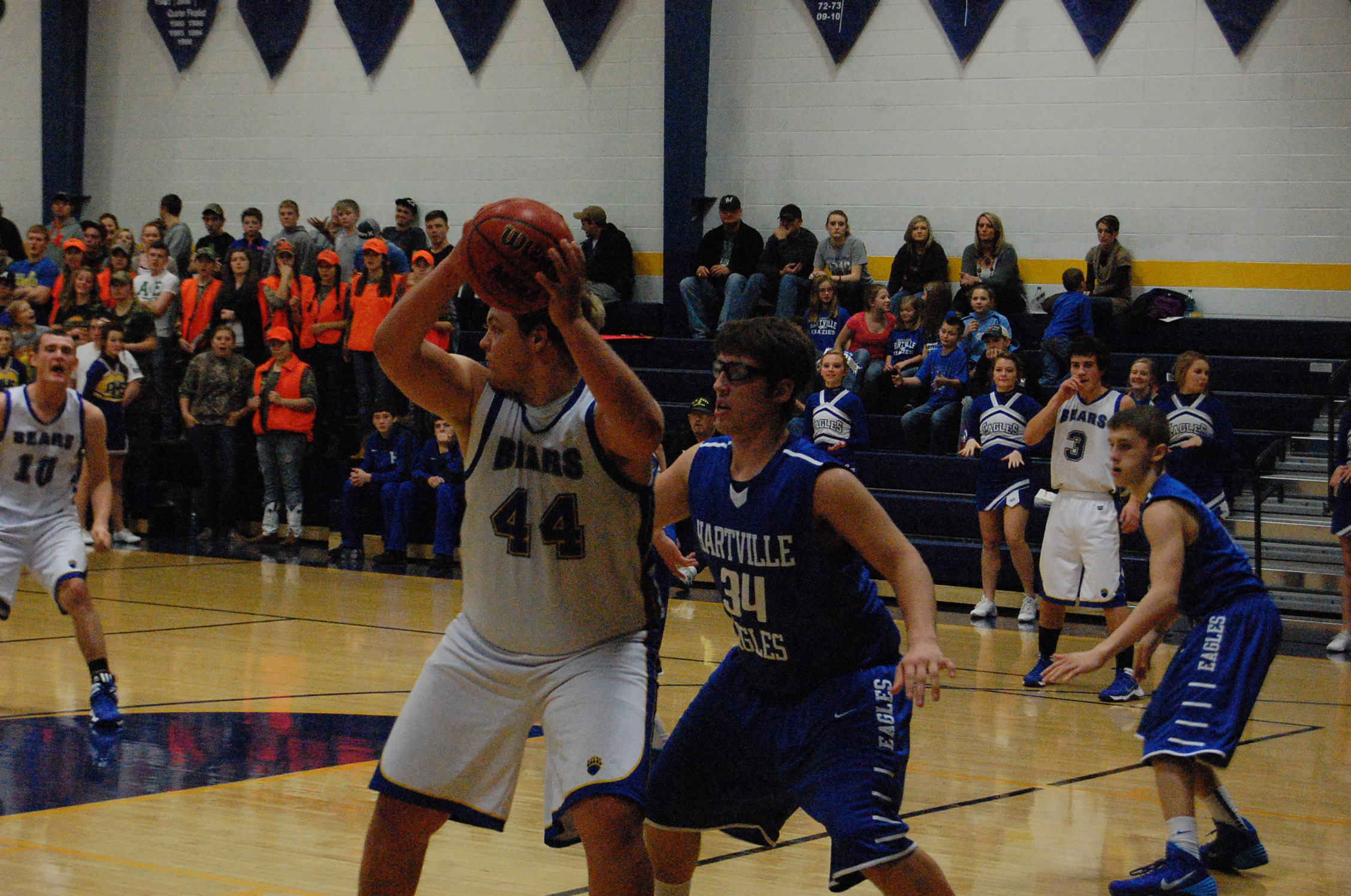 Playing in the first round of the Mansfield Tournament last week the Bears picked up a 66-23 win over New Covenant Academy.

After postponements and cancelations, the semifinals games were being played on Wednesday night at Mansfield, and finals will be held on Saturday night, Dec. 21.

The Bears will also travel to Reeds Spring on Friday night for a regular-schedule game with the Wolves.

After Christmas the Bears will play in the Springfield Blue & Gold Tournament, beginning on Thursday.

The Bears opened the basketball season on Dec. 3 at Spokane with a 58-52 win over the Owls and are currently 2-1 on the season with three more games scheduled this week.