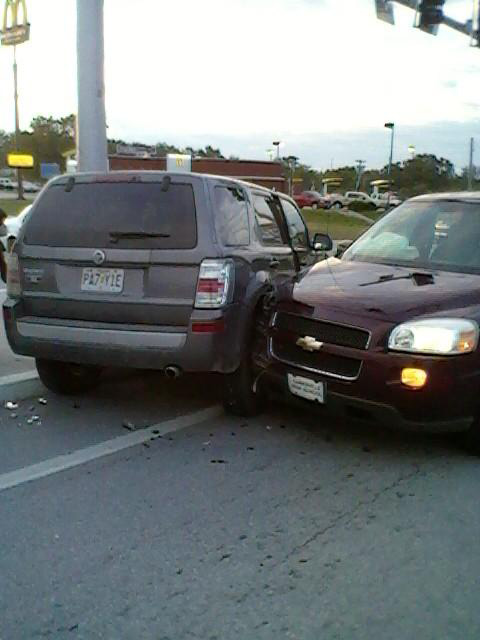 There were no serious injuries but morning rush-hour traffic was tied up after these two vehicles collided at the intersection of Highways 5 and 14 in Ava Monday morning. Ava Police said the crash occurred at 7:30 a.m. when the 2009 Mercury Mariner at left turned into the path of the 2008 Chevrolet Uplander at right. The Mercury which was going south, turning east, was driven by Valerie Reese, 47, of Vanzant. The Chevrolet was northbound on Highway 5 and was driven by Catherine R. McKinzie, of West Plains. The Ava Fire Department assisted police with traffic in the busy intersection.