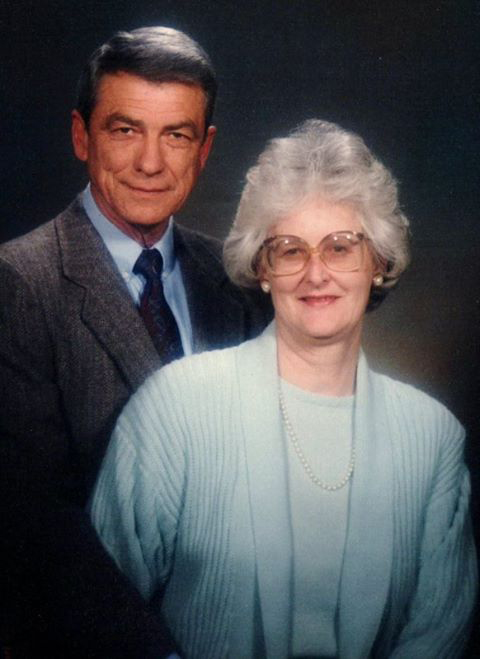 Halle Bailey (Hal) Adams, 80, began his heavenly journey Sept. 30, 2013 from his home near Ava, surrounded by his loving family. He began his earthly journey Feb. 18, 1933, in Jacksonville, Fla., the son of John Hugh and Hallie Bailey Adams.
As a boy growing up one of Hal’s chores on the family dairy farm was to bring in the cows. He, and his faithful companion, Champ the horse, rode the open ranges of Florida hunting the elusive cows, which were known to hide in the nearby cemetery among other places. He continued to be loyal to Champ even after Champ ate his straw hat.
He often carried a National Geographical magazine in his pocket and could be found sitting under a tree reading watching the cows graze while looking at the pictures and dreaming of beautiful far away places. This continued into his adult life as he loved to sit alone and read, especially about the Civil War. His knowledge of the events and people of the Civil War was extraordinary. He never stopped learning and made an A+ in the school of hard knocks.
He was dedicated to God, his country and his family. He respectfully served his country in the US Army, spending time serving in the color guard. He was a gentle and concerned caregiver during his wife, Barbara’s long illness. He was one of a disappearing group of men who truly exhibited a Southern Gentleman’s manners, especiallyto the ladies of his family. This was very evident when watching him with Lenore. He was never known to raise his voice to anyone or anything. He was an unassuming soul, often helping people in need, but always quietly and privately, usually remaining anonymous. He quietly lived his faith in God.
After he retired from dairy farming he was able to realize one of his early dreams from the magazine when he was able to take a trip to Canada to play golf on the “most beautiful course in the world.” He was an avid golfer, with many trophies demonstrating his skill. He enjoyed hunting with his dog, Dixie. His love of the great outdoors and wildlife was shared with his family on trips to “the camp.”
He is preceded in death by his parents and his first wife, Barbara.
He is survived by his wife, Lenore Sandy Adams, two daughters, Bonnie (Steve) Corren and Abigail (Charles) Stivender and one son, Halle (Gina) Adams, as well as two stepchildren, Charles (Debra) Oliver and Julia Oliver.
He leaves eight beloved grandchildren, and five step-grandchildren. He is also survived by two sisters Dean (Jim) Norman, and Annette Guinn. He will be deeply missed by a host of other relatives and friends.
Memorial services for Hal were conducted at 1 p.m. Thursday, Oct. 3, in the Ava General Baptist Church. In Lieu of flowers the family would appreciate contributions to the Hospice Compassus in Hal’s name.
Services were under the care and direction of Ava Family Funeral Home, Ava.