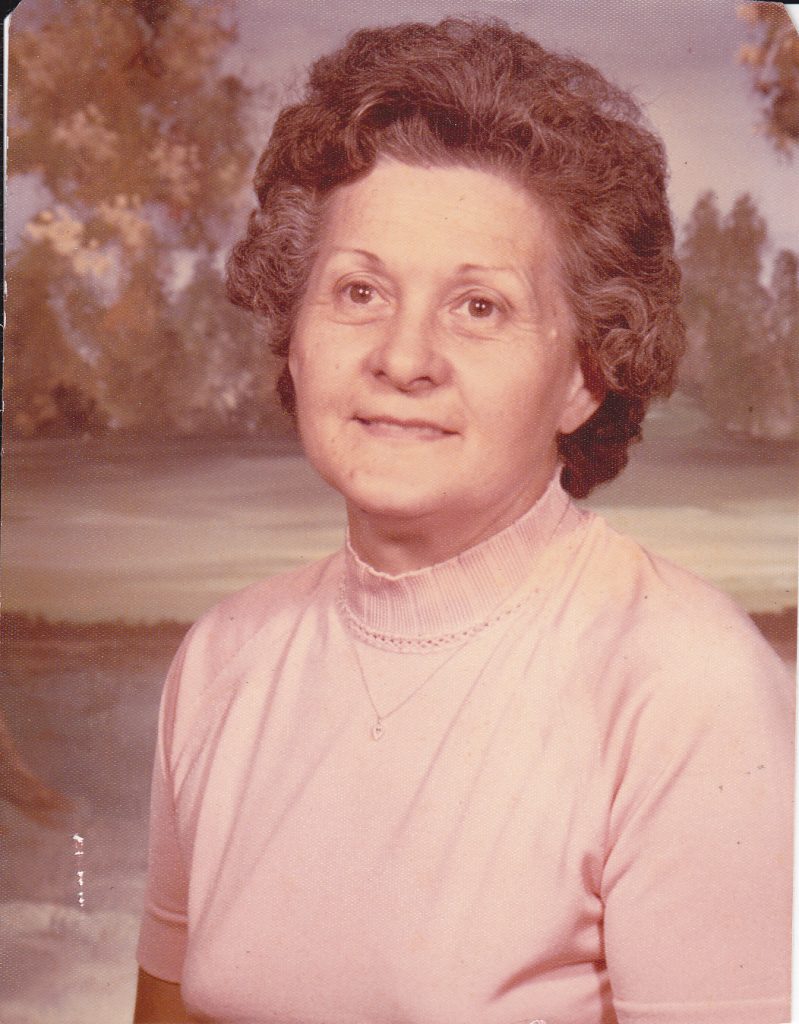 Donnie Inas Welch, 87 years, passed to heaven on Oct. 3, 2013, at Heart of the Ozarks Healthcare Center, Ava, Mo., with her family by her side.
Donnie was born Dec. 24, 1925, in Dugginsville, Mo.,  to Ireland and Edna (Due) Wells. Donnie was raised by her grandparents, Benjamin Perl and Mary Frances Henderson Wells, in Ozark County, Mo.
On July 7, 1945, Donnie and Curby Welch were united in marriage in Mtn. Home, Ark., and to this union two daughters were born.
Donnie taught in one room schools, milked, and worked hard on the farm with Curby. Later, she worked at Spalding Sporting Goods Co. Then, she took a job as bookkeeper at Sentinel Wood Treating Co. in Ava.
Donnie was a Christian. She enjoyed attending church and singings with Curby and friends.
Donnie enjoyed gardening, caring for her flowers, and taking care of the birds. Her joy was her children and especially her grand- and great-grandchildren.
Preceding Donnie in death were her parents; grandparents; one half sister, Mary Smith; one brother, Marion (Dink) Wells; a son-in-law, Gerald Walker; and her husband, Curby in 2012.
Donnie is survived by two daughters, Sandra Walker, and Katrina Matney and husband, John, Ava; three grandchildren, Heather Walker, Rogers, Ark., Faunlee Smith and husband, Scott, Ava, and Dustin Matney, Springfield; three great-grandsons, Alden, Morgan and Parker Smith, Ava; two step-grandchildren, Shaun Matney and wife, Susan, and Heather Lane; three step-great-grandchildren, Aiden, Addison and Peyton Lane, Springfield; a sister, Gladys Long, Camdenton, Mo.; several nieces, nephews and a host of family and friends.
Remembrance and visitation was Sunday at 2 p.m. in the Clinkingbeard Funeral Home, Ava, Mo. Graveside services for Donnie were Monday, Oct. 7, at 2 p.m., at the Ava Cemetery. Officiating was Pastor Robert Roberts. Memorials may be donated to the Ava Senior Center for the Meals on Wheels Program.
Online condolences may be made at www.clinkingbeardfuneral home.com.