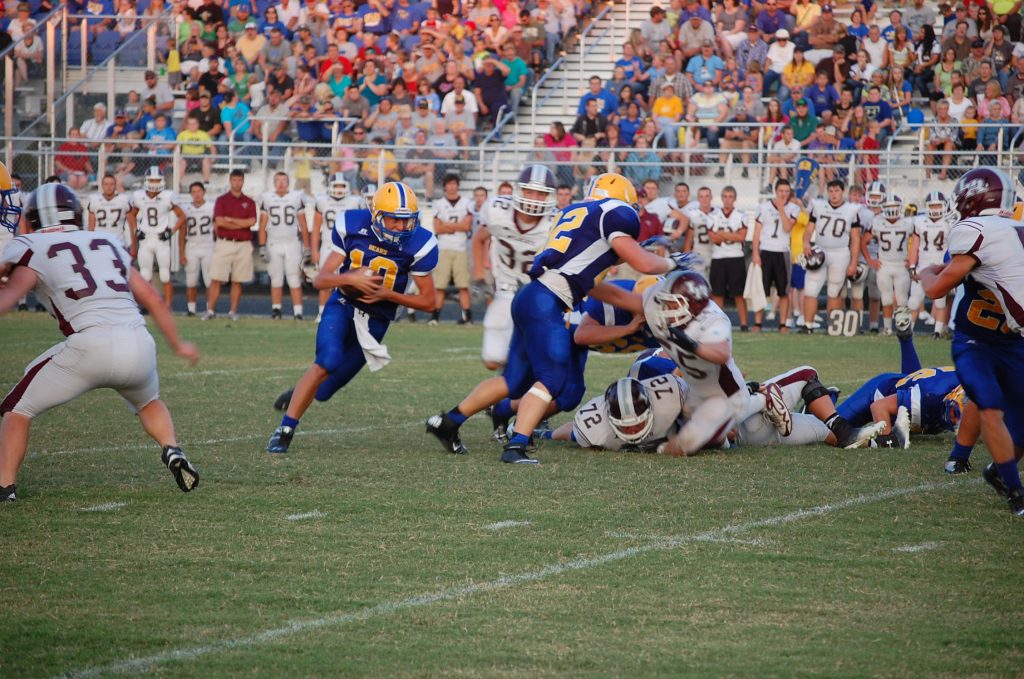 A nice block by Chase Willis opens up this option run by quarterback Cody Huff against Rogersville. 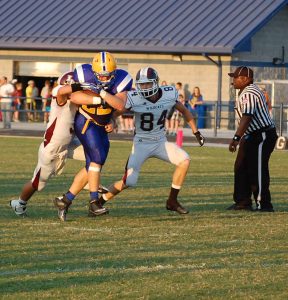 Chase Willis, who rushed for 130 yards against Rogersville last Friday night, takes care of the ball on this run.

Senior Chase Willis ran for 130 yards and three touchdowns last Friday night to lead the Ava Bears to a 40-3 win over the Rogersville Wildcats.
The win comes after a disappointing loss to Aurora in Week 1, and evens the Bears’ record at 1-1.
Ava had total offense of 414 yards Friday night, and the Ava defense was stingy, with numerous sacks and tackles for loss-yardage.
Ava scored in every quarter, and Brett Vinson was 4-for-6 on point-after attempts, while also making his presence known on defense, racking up 10 tackles including three sacks and two loss-of-yards tackles, and forcing a Rogersville fumble.
Vinson also saw action in the offensive backfield and set up the final Ava score that came with 9:57 on the clock in the fourth quarter.
Soon after the chains were moved to start the fourth quarter, senior Clayton Clouse recovered a Wildcats fumble at the Rogersville 39-yard line. On 2nd-and-9, Vinson picked up a first down on an 12-yard run to the 26, then another first-and-goal at the 2-yard line.
From there, quarterback Cody Huff scored the final touchdown of the night.
The remainder of the game would be played with a running clock, and the starters would see no more action.
Ava’s first score came at 9:08 in the first quarter on a 3-yard run by Willis, and Vinson’s kick made it 7-0.
Willis would score again at the 2:59 mark in the first quarter on a 9-yard run to put the Bears up 13-0.
As the first quarter ended, Rogersville was threatening, the Ava’s defense forced a 4th-and-6 at the 11-yard line when the clock was reset to start the second quarter.
Rogersville elected to take the field goal by Tucker Brown, trimming Ava’s lead to 13-3 with 11:55 on the second quarter clock.
Huff added to Ava’s lead with a 2-yard run at 8:42 in the second quarter and Vinson’s kick put the Bears up 20-3.
The Bears would fight their way inside the 10-yard line once again before the half ended, and with 17 seconds on the clock, Willis would score his third touchdown of the first half on a 2-yard run. Vinson’s kick made it 27-3 at halftime. 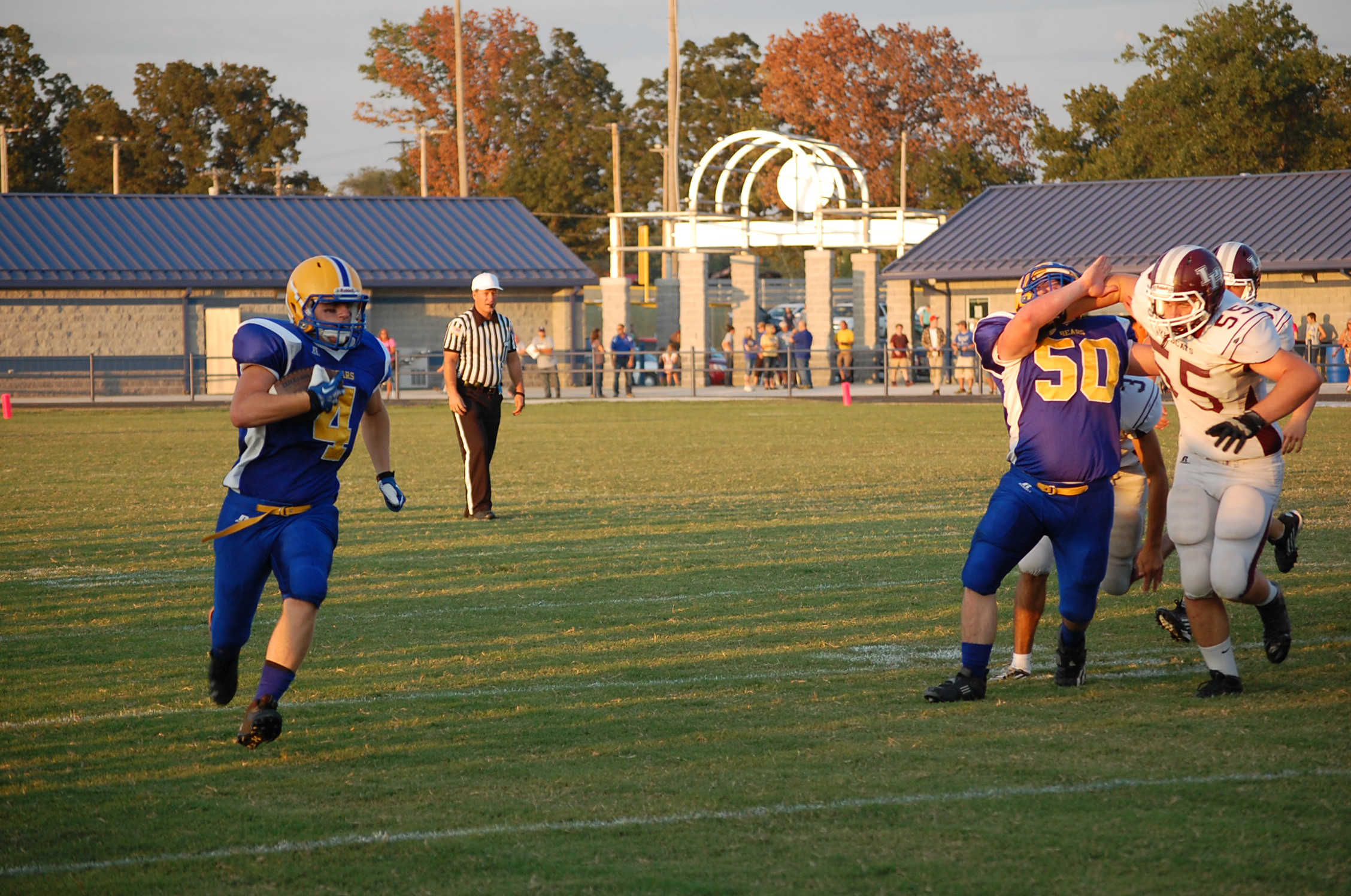 Colton Akers carried for 100 yards last Friday night, including this good gainer around the right side.

Junior Colton Akers, who also had a 100-yard night on 10 carries, scored on a 4-yard run at 5:25 in the third period. Vinson was on the mark once again to make the score 34-3.
Huff carried 14 times for 86 yards and two TDs, including the final score of the night early in the fourth quarter.
Defensively, Buster Davis had three tackles for losses; Akers had 11 tackles, one for a loss; Jesse Dean had four tackles for loss yardage; and Kane Thompson had an interception for the Bears.
This week the Bears will go to Mtn. Grove to face a solid Panthers team that is 2-0 on the year.
Coach Dan Swofford credits Mtn. Grove with being a very good team. The Panthers are ranked No. 8 in the state in Class 2 football this week by MaxPreps.
By comparison, however, Mtn. Grove defeated Rogersville 38-0 in the first game of the season and Ava defeated the Wildcats 40-3, indicating the two teams are pretty evenly matched.
Swofford says the Panthers are a well-rounded team, that plays all phases of the game well.
During halftime of the Rogersville game here Friday night, special recognition was given to the school board, administration, and athletic and maintenance staffs for the nice improvements to the football stadium.