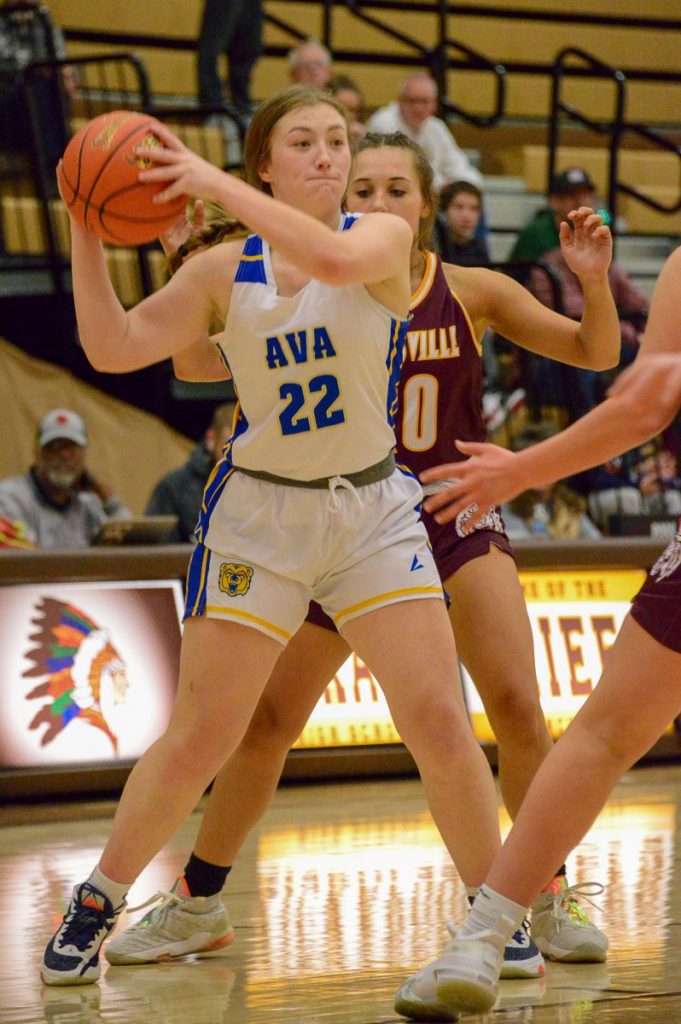 SPRINGFIELD – The Ava Lady Bears continue their dominance on the court and got a second win over district rival, the Logan-Rogersville Lady Wildcats.
The second match up between the teams came in the first round of play at the annual Pink and White Tournament and resulted in Ava’s sixth-consecutive win by topping the Lady Wildcats, 57-37.
A concern arises anytime a team has a bye week or time off in general. Rust can form on the best machines, and it may take anywhere from a quarter or a game to get back in working order.
The Lady Bears are no exception and found themselves trailing 13-10 after the first buzzer at Kickapoo High School in Springfield after struggling to gain control of rebounds and allowing a six-point run to the Lady Wildcats.
The Lady Wildcats had done their homework and things just were not working satisfactorily for the Lady Bears.
“Rogersville played well,” said Coach Nathan Houk. “We really didn’t take care of the ball like we needed to, had some bad passes and didn’t shoot it well. Once we came out of the timeout we got going a bit.”
Ava had the first word in the game with a three coming from Lexie Gastineau but Rogersville answered with three shots for a quick 6-3 lead going into the middle of the first quarter.
The Lady Bears stopped the bleed, finally getting one in on their end with a shot by Keeley Akers with 4:11 remaining in the quarter.
The Lady Wildcats were able to overcome and answered with a pair of field goals, one a triple from Chayla Perry. With two runs over the Lady Bears, Ava found themselves trailing after the first eight minutes.
The Lady Wildcats had poked the proverbial Lady Bear and a 21-9 second quarter ensued, giving Ava a dominant 31-22 lead at the halftime break.
“We were still down a bit at the end of the first but were able to have a really good second quarter to get the lead at halftime,” said Houk. “We played the lead the rest of the game.”
After the offense played sluggish in the first quarter Olivia Gastineau didn’t spark, she blazed away in the second with 15 points.
Olivia was going head-to-head with Hailey Buckman, who was the only shooter getting the ball through the steel hoop, scoring all nine points for the Lady Wildcat offense before the break.
Olivia shot for a total of 22 points in Tuesday’s game, hitting four triples on her own in the first half when she lit on fire.
This brings her total to 146 points this season and her third 20-plus game of the season.
“She just kind of took the game over there,” said Houk. “I was glad she did because she shot really well from behind the arc and made a couple of plays on defense. She realized we were in a kind of a lull offensively and started making big shots for us.”
The Lady Bears’ offense has sunk buckets for 536 points this year, breaking 50 points in all but one game so far.
With that, the Lady Wildcats were a no-show in the third with scoring coming from just one field goal in the third.
The Lady Bears extended their lead to 40-25 in the third, slowing up from the frenzy created in the second. Mendel started things off with a bucket on the assist from Fossett in the first minute.
The Lady Bears went on a six-point sprint with Akers scoring a bucket and Fossett getting a shooting foul call in her favor worth two points at the stripe.
The Lady Bears continue to have outstanding shooting ability at the line, taking opponents to the bank for 100 points shooting an overall .699 at the stripe.
The offense dropped off after the sprint and the Lady Bears were quiet for a bit until Lexie Gastineau got a look from the arch, hitting her 11th three-point shot of the season.
Sharing increased in the fourth quarter with six different players chipping-in to the Lady Bears’ total. The Lady Wildcats were cornered and started fouling more often, giving the Lady Bears ample opportunity for additional points.
In this game the Lady Bears shot at nearly 85-percent for 11 points with Olivia Gastineau, Fossett, and Mendel perfect at the stripe.
In the 17-13 fourth quarter, the Lady Bears scored seven from the charity line in addition to the buckets from Lexie, Fossett, Mendel, Akers and Emma Smith.
Smith continues to be a leading reliever for the troupe, hitting ten points for Ava.
The second win over Rogersville came by way of a big second quarter, but this may not be the last the Lady Bears see of the Lady Wildcats given they share the district with them.
“We can’t overlook them, we have to be prepared and have a good game plan coming (against them)” said Houk. “I felt like, in the second half, we did a better job of taking care of the ball and shared a bit offensively to stretch our lead out.”
The Lady Bears faced three seed Nixa on Wednesday, after the Lady Eagles topped Central 65-19. Nixa is ranked sixth in Class Six according to the Missouri Basketball Coaches Association poll results released mid-December.
A win in that game means a 2 P.M. game today at the O’Reilly Family Event Center, a loss moves them into the fifth place bracket for a game at 11 A.M. on Thursday, December 28. 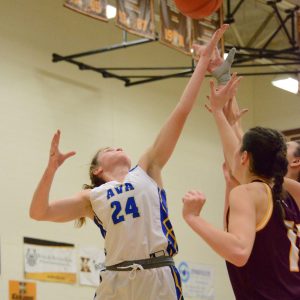 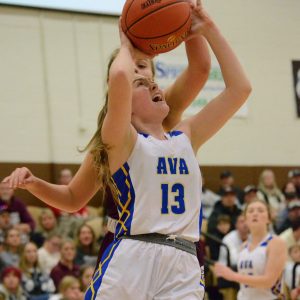 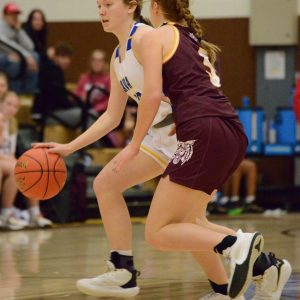 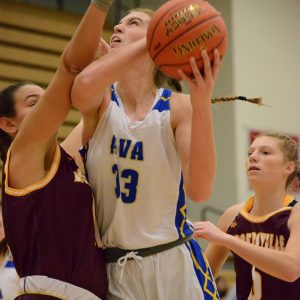