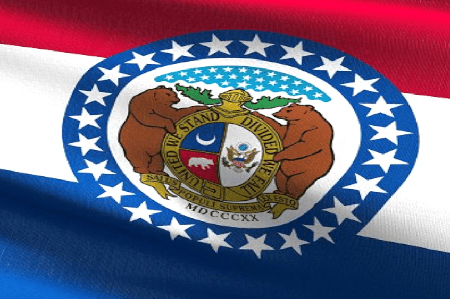 Jefferson City – On January 5, Governor Mike Parson announced that the state, for the first time, will begin honoring first responders who are seriously injured in the line of duty as they carry out their official responsibilities. The Missouri Red, White and Blue Heart Award will be awarded for injuries sustained on the job, beginning with the year 2021.

“Our first responders courageously and selflessly risk their lives each day to apprehend criminals and protect their fellow Missourians, too often suffering serious injuries or even death because of their heroic actions,” Governor Parson said. “The new Red, White and Blue Heart Award will honor law enforcement officers, firefighters, and other emergency first responders whose extraordinary actions to protect others lead to serious injuries or death in the line of duty.”

The Missouri Medal of Valor Review Board, an 11-member panel appointed by the Missouri Governor, has approved the addition of the Red, White and Blue Award to the annual state public safety awards for which it reviews nominations and recommends honorees to the Governor. The new award is intended to recognize first responders who sustain injuries that require long-term treatment by a medical professional and involve considerable loss of time from duty. In cases in which a first responder is killed, the award will be presented to a family member.

The Red, White and Blue Heart Award will be the first state award recognizing Missouri peace officers, firefighters, paramedics, EMTs or other emergency first responders seriously injured in the line of duty. For purposes of the award, “peace officer” includes persons serving as state or local corrections or court officers.

The application for the award for persons sustaining serious injuries in the line of duty during 2021 is available on the Missouri Department of Public Safety Medals website at https://dps.mo.gov/medal/. Nominations will only be accepted from the chief executive of the public safety agency that employs the nominee.

The nomination deadline is Feb. 28, 2022. A date has not been set for a ceremony recognizing the Red, White and Blue Heart Award recipients for injuries sustained in 2021.

The Medal of Valor Review Board reviews nominations and makes recommendations to Missouri’s Governor for the Missouri Medal of Valor and the Governor’s Medal (a team honor), awards that recognize first responders for heroic, life-saving acts.

The review board also reviews nominations and makes recommendation to the Governor for the Public Safety Civilian Partnership Award, which recognizes civilians who provide courageous assistance to public safety agencies during an emergency.