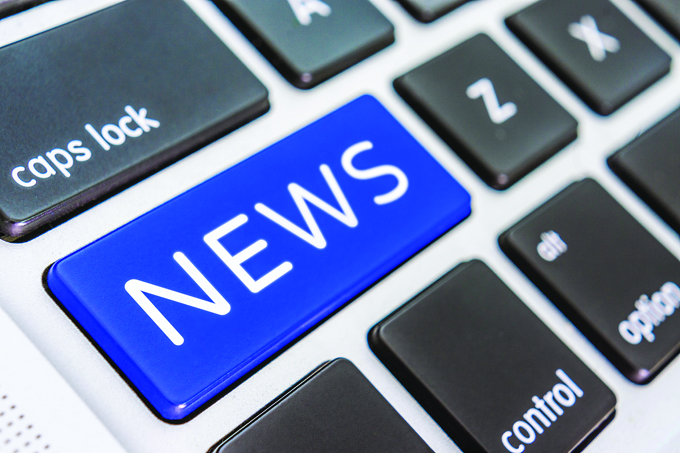 During December, the Douglas County Commission has been trying to repair roads and fix damage caused by recent rains. Their work has not been easy. Both road districts have been plagued with equipment breakdowns.

“Four of our five dump trucks in the district were broke down,” Commissioner Brad Loveless explained. In mid-December, the trucks were still broke down.
“One dump truck is so old they don’t manufacture parts for it anymore and our options were junk yard or have a machine shop make the part,” Loveless said. “Well, we couldn’t find one at the junk yard so we are still waiting for the part to be made.”

“We have another truck with the exact same problem and as soon as we get the first one back, we’re going to have to take it in and have a part machine made for it. It is unsafe to drive until repaired.”

The third truck had a crack in the timing chain cover and the oil ran out about as fast as you poured it in. Shop estimates were $7,000 – $10,000 to repair.
Loveless said the county’s newest truck, bought used four years ago just got out of the shop for a transmission issue and then shut down due to the emission DEF system. It spent two weeks at Freightliner in Springfield and it was determined it needed the DEF system replaced at a cost of $17,000 and 3-4 weeks to get the part.

“With the money I spent in break downs, I could buy a nice fleet in a couple years time. It’s a deep hole the county has fallen into by keeping equipment past its usefulness. There is no equity in something that cost as much in maintenance as a new machine.”

The tax increase Douglas County voters approved two years ago was not a “road tax;” funds from that tax are limited to just road materials, like gravel, asphalt, concrete, etc. It can’t be used for equipment upkeep and purchases.

In mid-December, four inches of rain dumped on Douglas County. It caused many issues. Huge washouts occurred as a result.

The last two weeks of the year, the county road workers concentrated on repairing roads. Some of the roads were so bad that it was nearly impossible to travel with an SUV. Most people have been very patient. Some used their own equipment to get their roads passable.

“Thank you all for the consideration shown and the words of encouragement!” Loveless said. “The guys have been working diligently and have put in a lot of overtime. It’ll take us a few weeks to get all the roads back to a decent shape. There is nothing I can do about that. It just takes time. I understand as always no one is more important than one’s self but someone has to be first and someone has to be last. Have patience. Every road has some who are sick or elderly or who has a job, not just yours.”